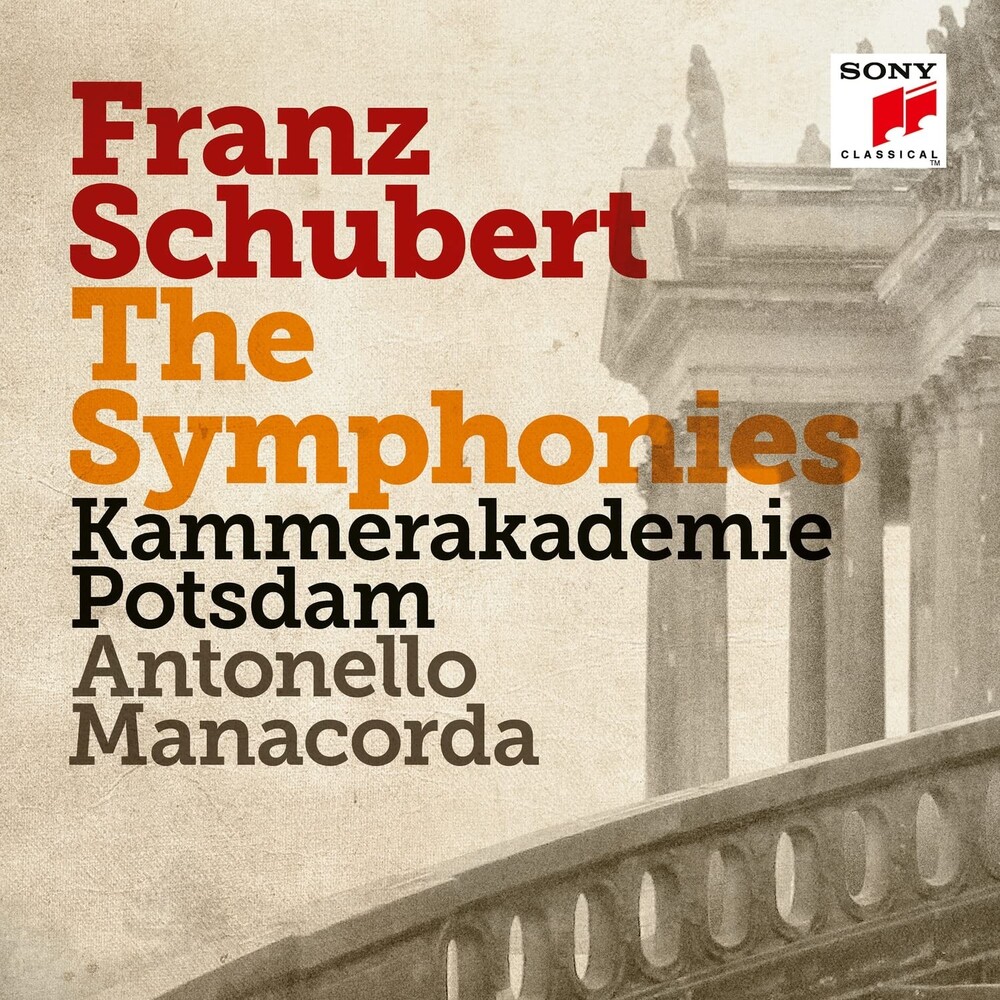 5-CD-Box set reissue of the highly acclaimed complete recordings of Schubert's symphonies No. 1-8. These recordings by the Kammerakademie Potsdam under the direction of it's principal conductor Antonello Manacorda, received fantastic reviews and got them an Echo Award in 2015 for "Ensemble of the Year". Kammerakademie Potsdam is powerful musical collective whose trademark is historically informed and modern performance practice. Together with Antonello Manacorda, the orchestra's conductor since 2010, KAP has made a name for itself with high artistic quality, stylistic interpretation, diverse programming and refreshing musicality. Founded in 2001, Kammerakademie Potsdam is not only active in Potsdam but also nationally and internationally. For Sony Classical recordings they have also released Haydn's cello concertos with Maximilian Hornung, "Symphonic Klezmer" with David Orlovsky Trio, "Rediscovered Wind Concertos" by J. S. Bach with Sergio Azzolini, works by Shostakovich under the baton of Michael Sanderling and "Folia" with Nils Mönkemeyer. In addition to his two current positions, Antonello Manacorda also has guest conducting relationships which include the Frankfurt Radio Symphony Orchestra, Helsinki Philharmonic, Tapiola Sinfonietta, BBC Philharmonic Orchestra, Sydney Symphony Orchestra and Orchestra della Svizzera Italiana. With a strong experience in opera as well as symphonic repertoire, in December 2014 Manacorda conducted Kammerakademie Potsdam's Winter Opera production of Mozart's "La Betulia Liberata" to great critical acclaim.