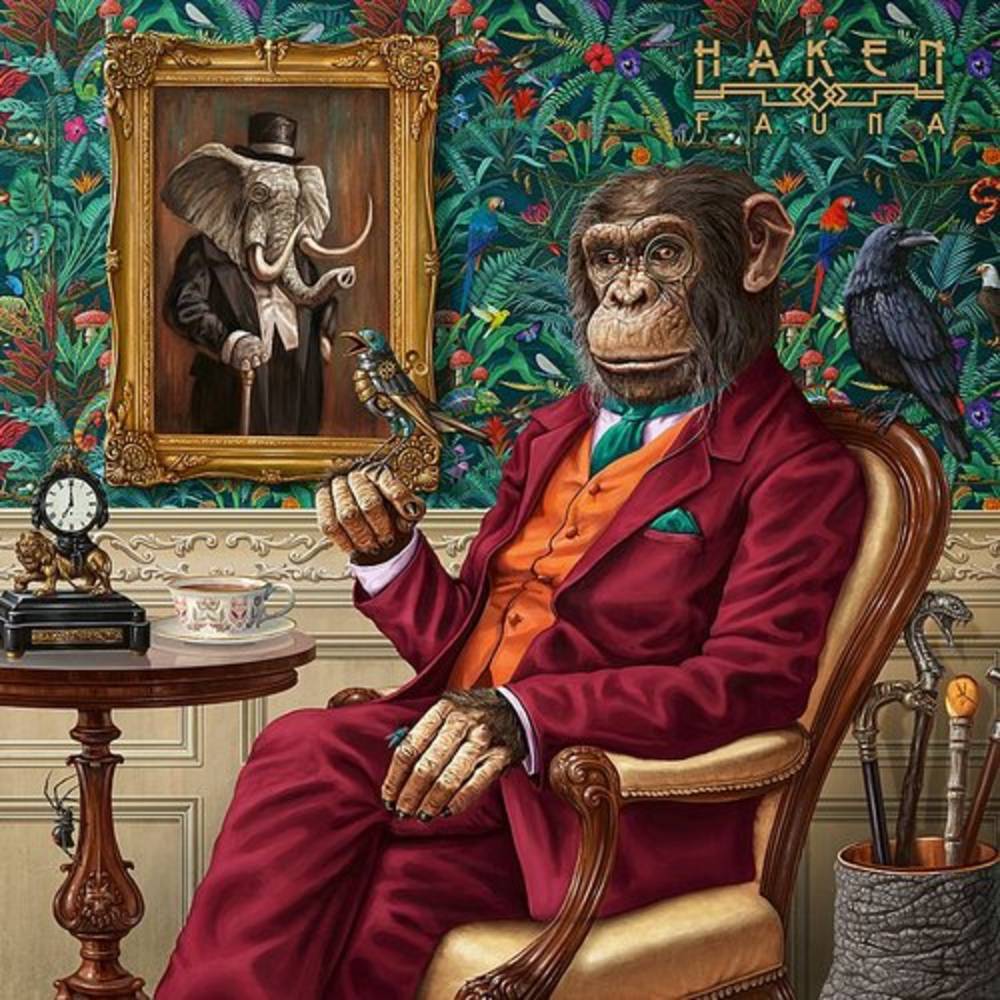 If you’re talking about modern progressive rock and don’t bring up Haken, you’re doing it wrong. Since the south English sextet started jamming together in 2004, they’ve been one of their genre’s most loyal yet, simultaneously, adventurous forces. And how do you honour such an eclectic, unpredictable career? You make Fauna: Haken’s most genre-busting and conceptually fascinating album to date. “The premise of the album when we started writing it was that every song would have an animal assigned to it,” explains singer and co-founder Ross Jennings. “They all have something related to the animal kingdom that we could write about, but they also connect to the human world. Each track has layers, and some of them are more obvious than others.”

Musically, Fauna represents Haken at their most diverse. Taurus commences the album with its scraping heavy metal chords, as polyrhythmic as they are jagged. However, Ross’s melodic croon and the triumphant chorus are true Haken. Eyes Of Ebony is pure math rock, delicate in its start-stop clean guitar picking and chiming cymbals, while Island In The Clouds flaunts its bouncing bassline. Eighteen years deep, they’re still evolving and keeping their fans on their toes. Is there any truer definition of what making progressive rock means than that?