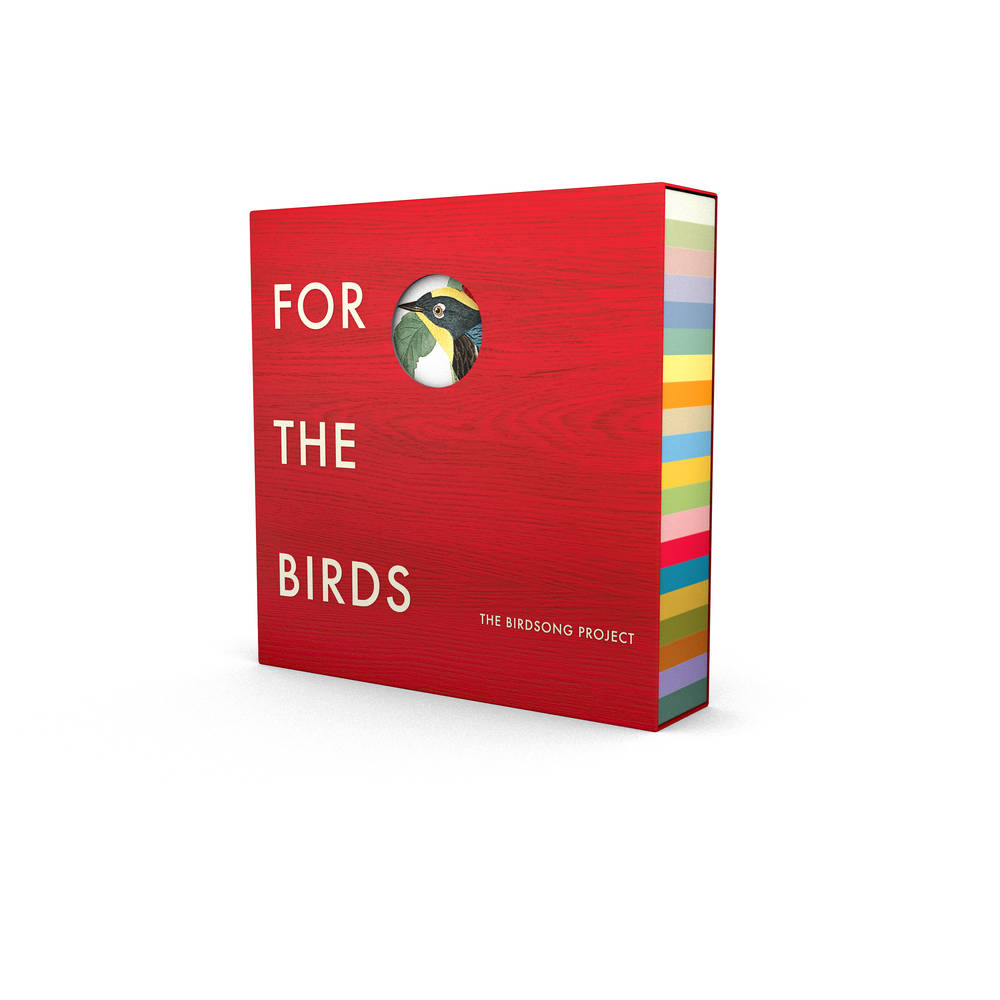 Downtown Records present, The Bird Song Project "For The Birds: The Birdsong Project". An art-filled, 20LP box set including over 200 tracks of original music and bird-related poetry. Proceeds from the sale of this collection and supporting events will be dedicated to the protection of birds and the habitats they need, today, tomorrow, and for all our futures. Specifically it will go to the National Audubon Society.

The Birdsong Project is a community dedicated to the protection of bird life, and to the celebration of the joy and mysteries of birdsong. We believe that birds - no matter feather or flock - are precious and inspiring and fundamental to our world. That a world without birds would be a world without freedom and flight and song. We believe birds matter, are endangered and need our help.