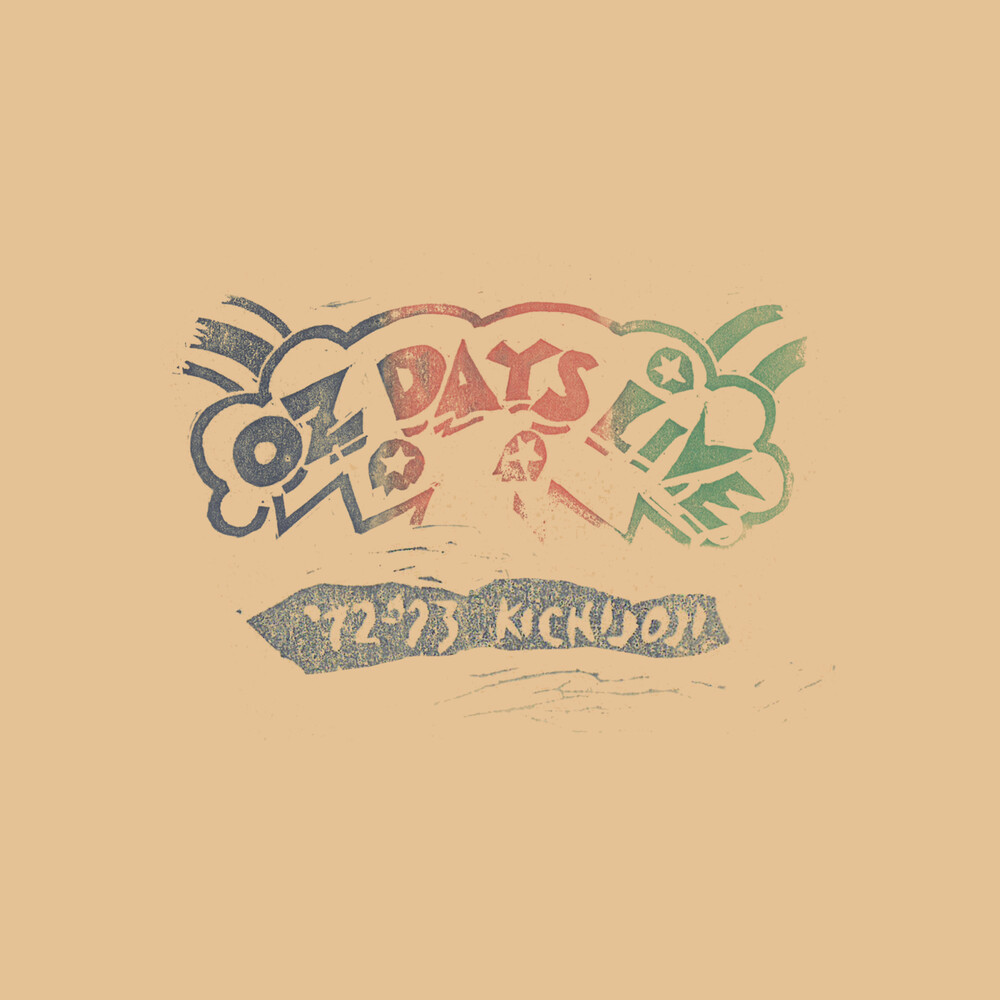 OZ DAYS LIVE was originally released in 1973 as a private press two-disc set, packaged in a brown paper bag with it's album title hand-stamped in rainbow-colored ink. The self-distributed record was made to commemorate the closure of OZ, the now-legendary venue located in the Kichijoji neighborhood of Tokyo. Operating out of a small upstairs space just around the corner from the train station, OZ was a scruffy, DIY affair that lasted not much more than a year. Over the course of it's short existence from June 1972 to September 1973, the cafe and performance space became the nerve center for the city's burgeoning underground and counterculture set. The OZ DAYS LIVE LP, now an incredibly rare collector's item, featured five different artists spread over four vinyl sides, on recordings made right at OZ. Now, 50 years after OZ first opened it's doors, we are incredibly excited to offer OZ DAYS LIVE '72-'73 Kichijoji: The 50th Anniversary Collection, a reconfigured special edition of the original LP. Available as a 3CD set, the new collection includes all the tracks from the recently released Les Rallizes Dénudés' The OZ Tapes, plus bonus tracks from the same sessions that were first released in 2022 on a limited edition 12". The set also includes newly remastered versions of the Masato Minami and Miyako Ochi tracks from the original release, plus over 40 minutes of previously unreleased OZ recordings from Acid Seven, newly unearthed from reel-to-reel tapes that had been stored away for half a century by OZ manager Minoru Tezuka. A newly written 100-page oral history, compiled from hours of interviews, provides first-hand accounts of what made the OZ scene so special."I think that a record is a nutrient for the soul, and each one allows people to see (and hear) a particular situation," Tezuka told The Shinpu Journal (The New Music Journal) at the time of OZ DAYS LIVE's release. "That makes it 'music' purely by definition, and it can't possibly be anything else." It may be a bit difficult to decipher what he meant by these existential musings, but one thing is clear: that music is timeless, and records like OZ DAYS LIVE allow us to participate in an experience that would otherwise be lost to time.