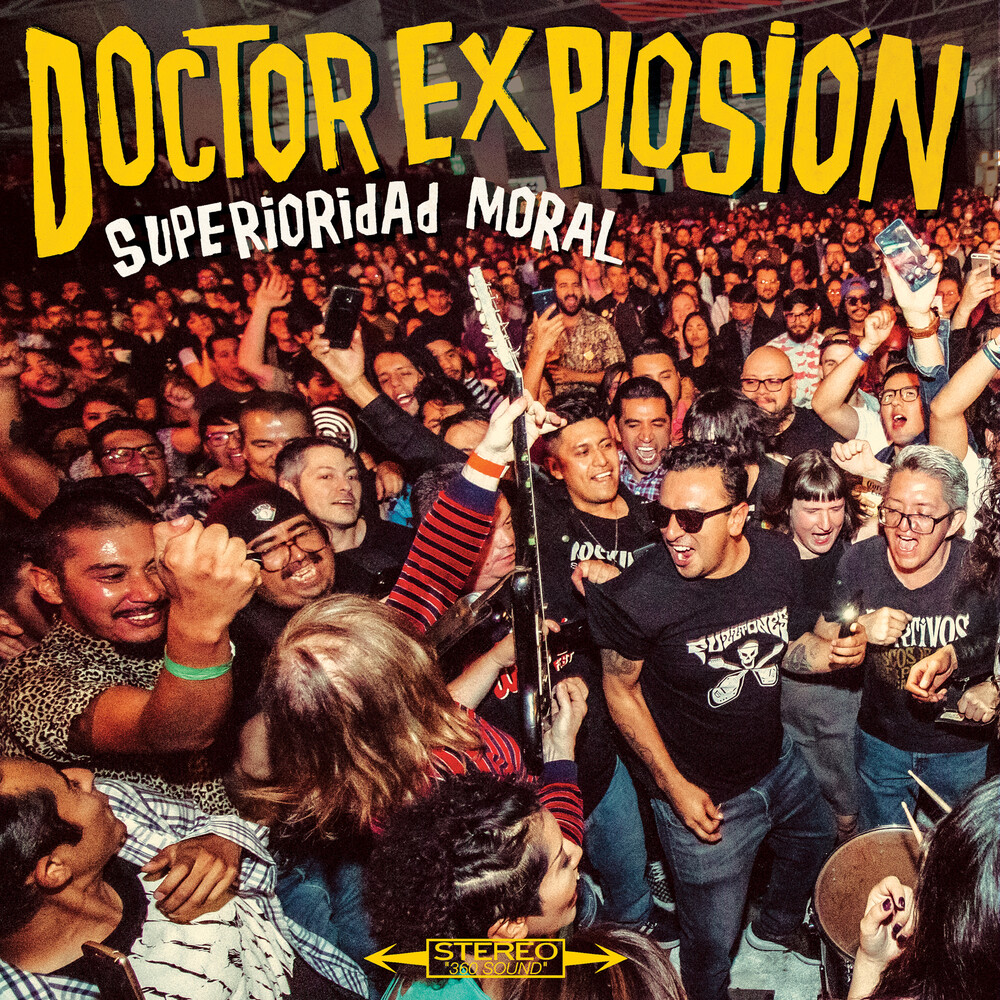 The time has finally come: after eleven years of waiting, a new Doctor Explosion album! The suggestive and incisive title of 'Moral Superiority' is a superlative job.Would one call Superioridad Moral a mature record? That's a complicated term to associate with Doctor Explosion. Still, this album is sure that it shows Jorge and his band playing at a high caliber level. They keep their punk and garage attitude but unfold a thousand more nuances in this album: solid riffs, psychedelic atmospheres, anthological lyrics, and superb arrangements. You can't just label Superioridad Moral as simply 'a garage album'; it was written and arranged without that intent. It is an encyclopedia of the best rock music in which huge songs follow one another. A brilliant record about maturity written by pathologically immature folks? Yeah, that sounds about right.Superioridad Moral was recorded and mixed in the legendary Circo Perrotti studios of Gijon and by the usual procedure: analogically, on tape, using all kinds of old-fashioned machines, but sounding real, direct, and, therefore, in your face. Mastered by Frank Arkwright (production credits on New Order, The Smiths, Joy Division, Oasis, Arcade Fire, among others) at the legendary Abbey Road Studios. Not too bad