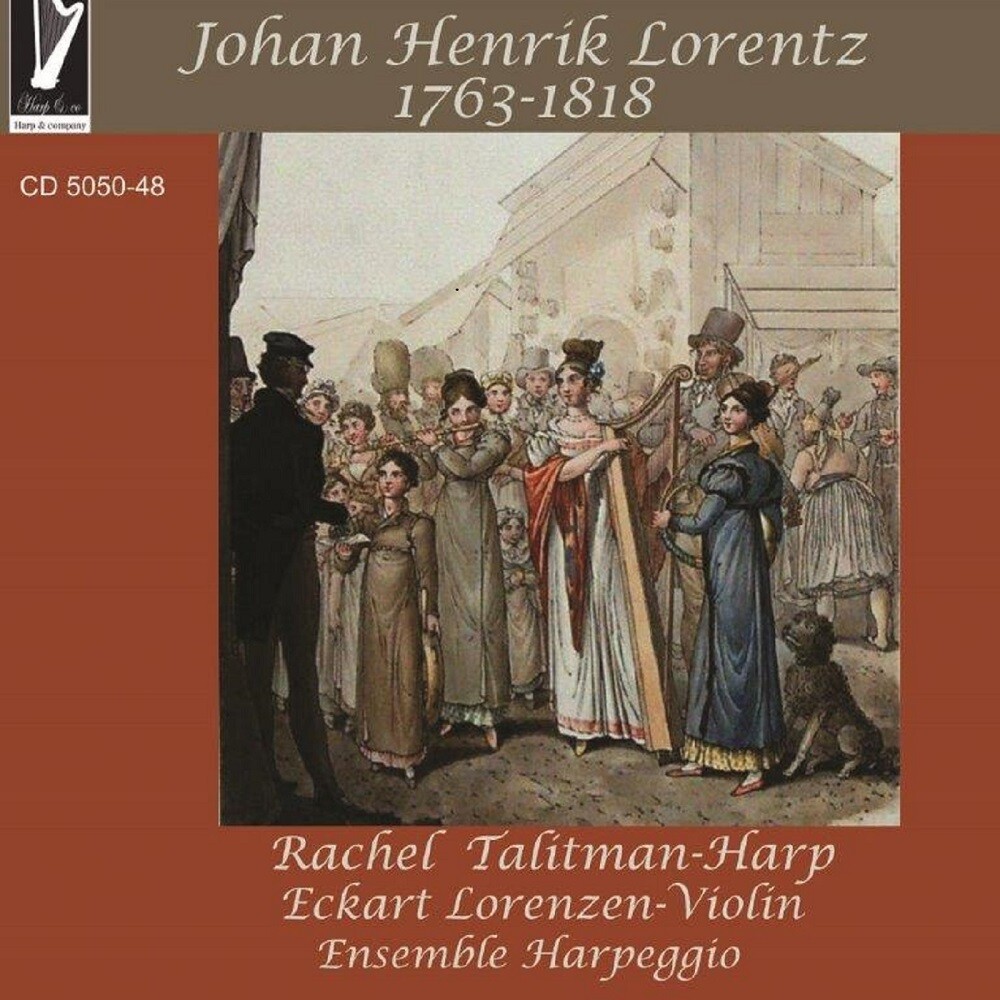 Johan Henrik Lorentz, or Lorentzen, 1763-1818, was a Danish harpist and composer. Lorentz received his first music training from the talented musicians of Jensen at Haderslev, from where most of the students followed to the Royal Chappelle. Lorentz was admitted there originally as a violin student. In 1786, following his successful concerts as harpist in Copenhagen, he became a harpist there as well, following Johann Andreas Kirchhoff, who was one of a number of German virtuosi players employed at the Royal Opera House in Copenhagen in the 18th century. In 1797, he was appointed permanent musician, and continued playing till his death in the Danish Court, and also played the harpsichord at the Kastelskirken. Lorentz composed mainly for the harp, though most of his compositions were not published. His style is typical of his time. He published his arrangements and his original compositions regularly in musical magazines. This double album opens with the Concerto for Harp, in B flat major. In typical form for the classical period, the first movement begins with the orchestra's introduction, then the harp solo exposes the themes in their diverse tonality. The second movement is poetic, including a melodic dialogue between the harp and the oboe. The third movement is in the classical form of the baroque Rondo ABA, CA, D, used very often by Haydn and Mozart. The Sonata for Harp op.11 was dedicated to his daughter Augusta Lorentz, the sonata is in two major movements, beginning with the lyrical Andante Grazioso, followed by the dynamic Allegro Maestoso, and ends in triumphant Do major accords. The second movement begins with an introduction of the slow songful Larghetto, connected to the virtuosic Prestissimo ending brilliantly the sonata. The three Sonatas for Harp and Violin op 8, are composed in typical classical style. Sonata 1 in Do major, begins with Allegro with two different tonalities, continues with Andante - theme and three variations, and ends with an energetic Vivace. The second Sonata begins with a short introduction Andante, turning to Allegro Moderato. The second movement is Andante, with the elegant melody played by the violin. The Rondo Allegretto is in merry spirit, in the form of ABACA ending this sonata in F major.