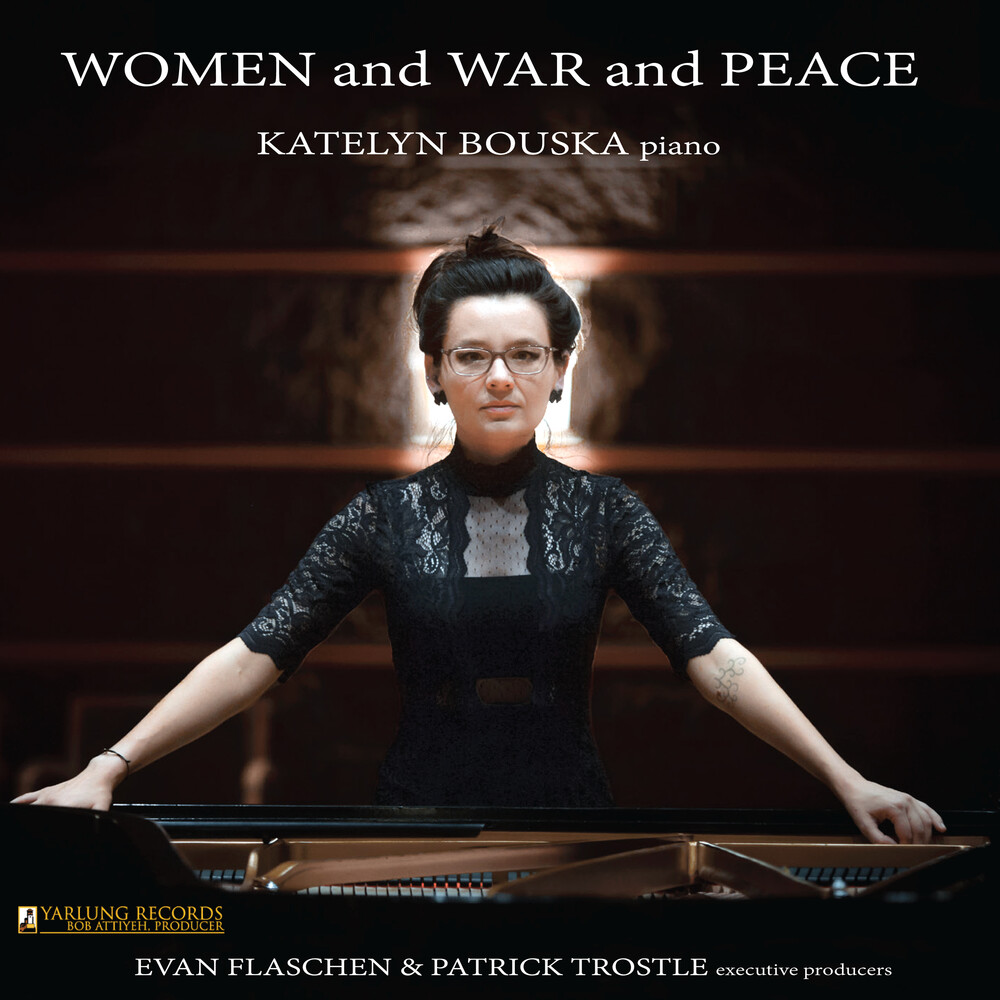 Women and War and Peace - took shape during concert pianist Katelyn Bouska's darkest days of isolation during the coronavirus pandemic. She missed her family and friends, her students at Curtis Institute in Philadelphia and her live performances in front of living breathing audiences. To use the time productively, Bouska revisited omen composers she wanted to explore and realized many of them shared a common theme. They were refugees, or they barely survived, or didn't survive, and the fact that they were women at the cutting edge of the contemporary music scenes in their various environments made their situations even more difficult. Our earliest composer, Maria Szymanowska, died in the 1830 cholera outbreak instigated by Russia's invasion of Poland under Tsar Nicholas I. One of our younger composers, Ludmila Yurina, fled her home in Ukraine and found refuge first in the United Kingdom and then Germany after Russia's invasion in February of 2022 by President Vladimir Putin. Katelyn Bouska is both American and Czech. She was born in the United States, but spends many months a year performing and lecturing in Prague. Stretching from composers born in the 1700s through the 20th Century, Kate's repertoire includes music by Caroline Shaw, Maria Szymanowska, Ruth Schoental, Ivana Loudova, Vitezslava Kapralova and Ludmila Yurina.