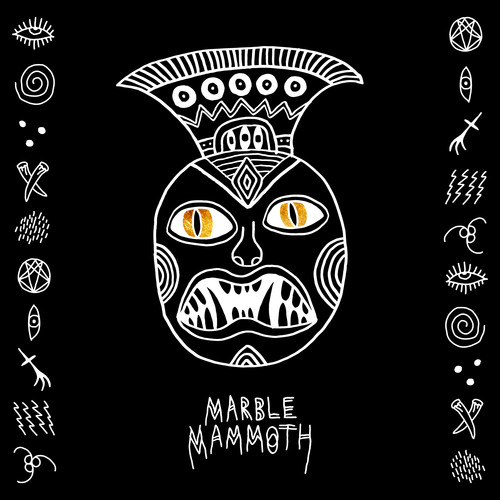 Vinyl LP pressing. Marble Mammoth's self-titled debut EP contains five tracks. To get the right feel to it, the foundation was recorded live, on a tape recorder during a weekend in Rose Beat Studios Stockholm, by John Runefelt and Labros Liaropoulos who also mixed the tracks. Additional recordings by Per Ekberg, mastered by Andreas Andersson at Servant Studio and final overdubs and vocals recorded by Marble Mammoth; Tobias Bergholm, Marcus Sjöberg, Johan Eklund and Andreas Linde, and guest appearance by Pauline Högberg (additional vocals on Wrecked Ship) and Owen Meyers (additional keys on Wrecked Ship). The music on the EP immediately draws your mind to the experimental side of early Tame Impala as well as classic rock acts like Led Zeppelin and we find our self as much in the late '60s as in the present. Marble Mammoth wanders seamlessly between classic genres in a dynamic mix of energetic riff based rock and dreamy, melodic psychedelia, and their progressive and original world of sounds is characterized by swinging drums, bass and bongos, fuzzy guitars, vintage organ and energetic vocals.