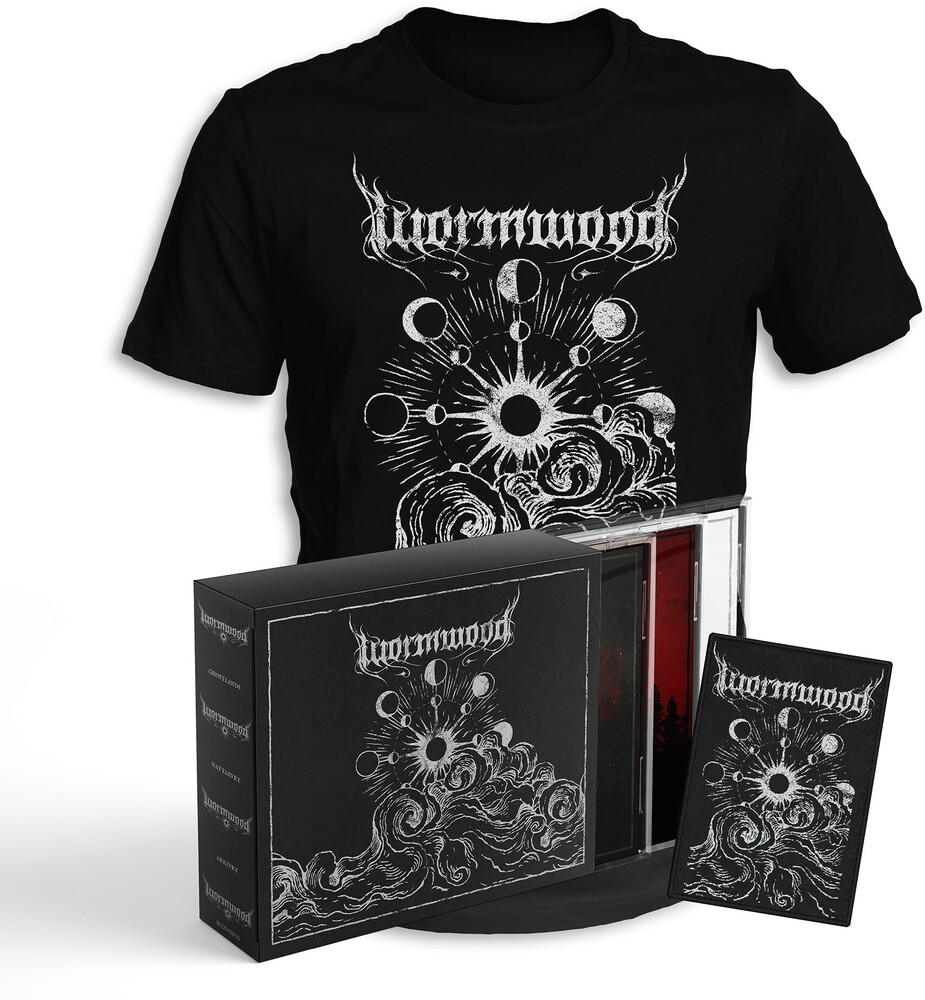 3CD BOX + TST Large + Patch. Three of the most breath-taking and engaging albums of recent years, all come from sea-scented Norrtälje, northeast of Stockholm. With "Ghostlands: Wounds From A Bleeding Earth" (2017), "Nattarvet" (2019) and "Arkivet" (2021), Sweden's Wormwood has presented themselves to an entire metal world, where both underground and mainstream fans have praised the band. Themes of a world in flames that's burning and will continue to burn and be consumed, unless humanity change it's course, have engaged listeners around the world. With Scandinavian melancholy and their own perspective on how melodic black metal should sound, Wormwood has repeatedly shown that they lead, rather than follow, the current.