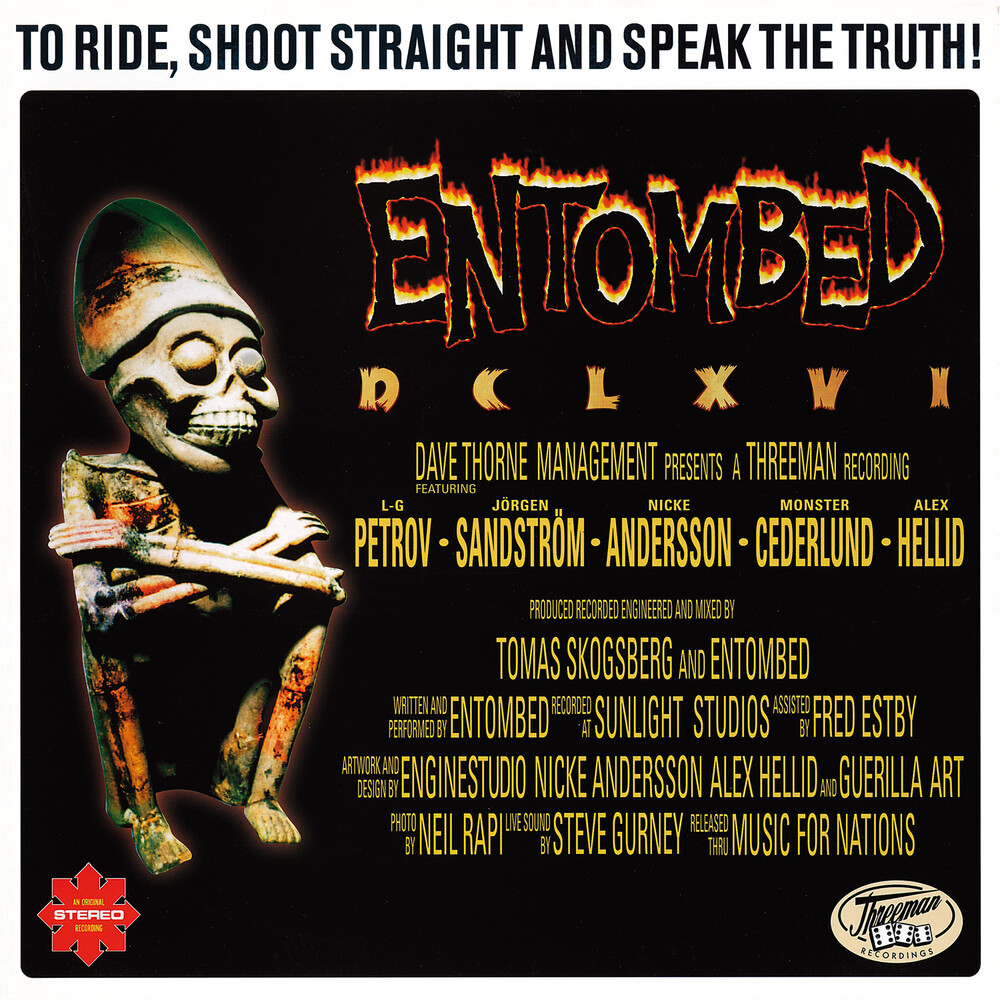 Entombed was inducted into the Swedish Music Hall of Fame in 2014 with the following motivation: "Hard Rock is just as typical of growing up in medium-sized Swedish towns as football and mopeds. Hard Rock is Swedish folk music with studded wrist bands instead of tasseled garters. After two decades of Anglo-Saxon hard rock a Swedish band, Entombed, became one of the world leaders in death metal. A subculture that has spread throughout the world, mutated in various forms, and after 20 years continues to be just as vital. Entombed is part of the heavier internationalization of Swedish popular music - all categories." The band was founded in 1987 under the name of Nihilist. With it's catchy, versatile but still rock-hard music Entombed pioneered Scandinavian death metal, which was different from it's American counterpart mainly by the characteristic, chainsaw-like guitar sound. The special sound they got by tuning down their guitars three full steps (to C or less), by using a maxed-out Boss HM-2 Heavy Metal pedal, in combination with a guitar running through a Boss DS-1 Distortion Pedal. The debut album "Left Hand Path" was released in 1990 and followed up the following year with "Clandestine" and "Wolverine Blues" in 1993. For the 25th anniversary of DCLXVI To Ride Shoot Straight And Speak The Truth is finally reissued and packaged as the band originally intended it.