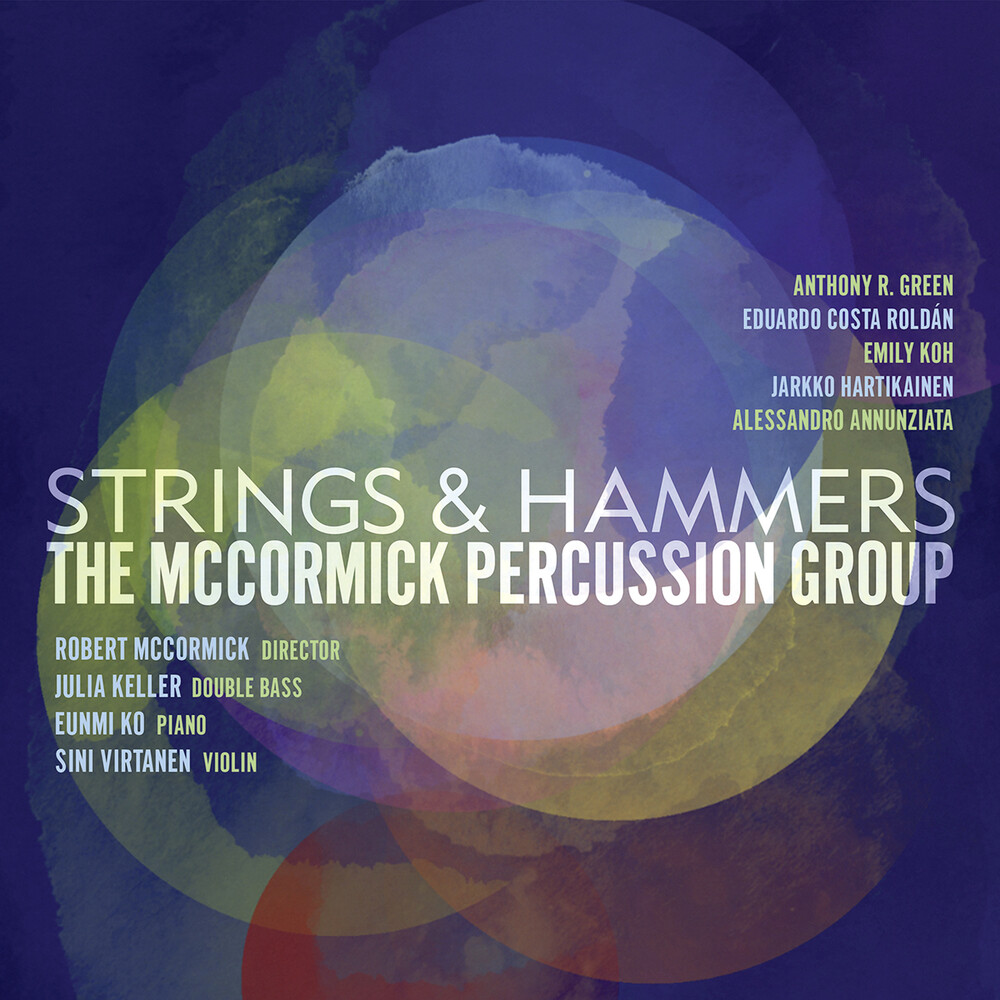 Fresh from Ravello Records is The McCormick Percussion Group's STRINGS & HAMMERS. In this latest offering, the MPG tackles a program of new and politically charged works. They are joined by the violin-bass-piano trio Strings and Hammers. Together, the ensemble of string and percussion players employs rhythm, eccentric timbres, and even their own yelping, whispering voices to express powerfully relevant themes. The McCormick Percussion Group has never shied away from contentious issues, and this album is no different. It opens with Piano Concerto: Solution, in which frantic piano lines and impassioned claps and stomps reflect deep frustration with the modern political scene in the United States. A direct response to Toni Morrison's call for all artists to "get to work" in the wake of the 2016 presidential election, this piece is a staunch rebuke against misogyny and racism in all of it's forms. Memento Mori takes a similar tack; it is a badly-needed reminder of mortality and the frailty of the human condition during a time when hubris and incivility seem to run rampant. We hear the skin of the players' hands beat each drumhead, a stark and defiant flash of humanity in the midst of moral collapse. The album goes beyond protest into even more cerebral realms-Ice Concerto, for violin solo and percussion ensemble, is infused with notions of elemental chemistry. The piece portrays the atomic disintegration of dripping ice through anxiety-ridden, jolting rhythms and creeping violin stabs. STRINGS & HAMMERS brings an audacious and highly-provocative attitude to the world of percussion ensemble music. Regardless of your political convictions, The McCormick Percussion Group's raw, blistering performances are sure to stir up a revolutionary fervor in you.