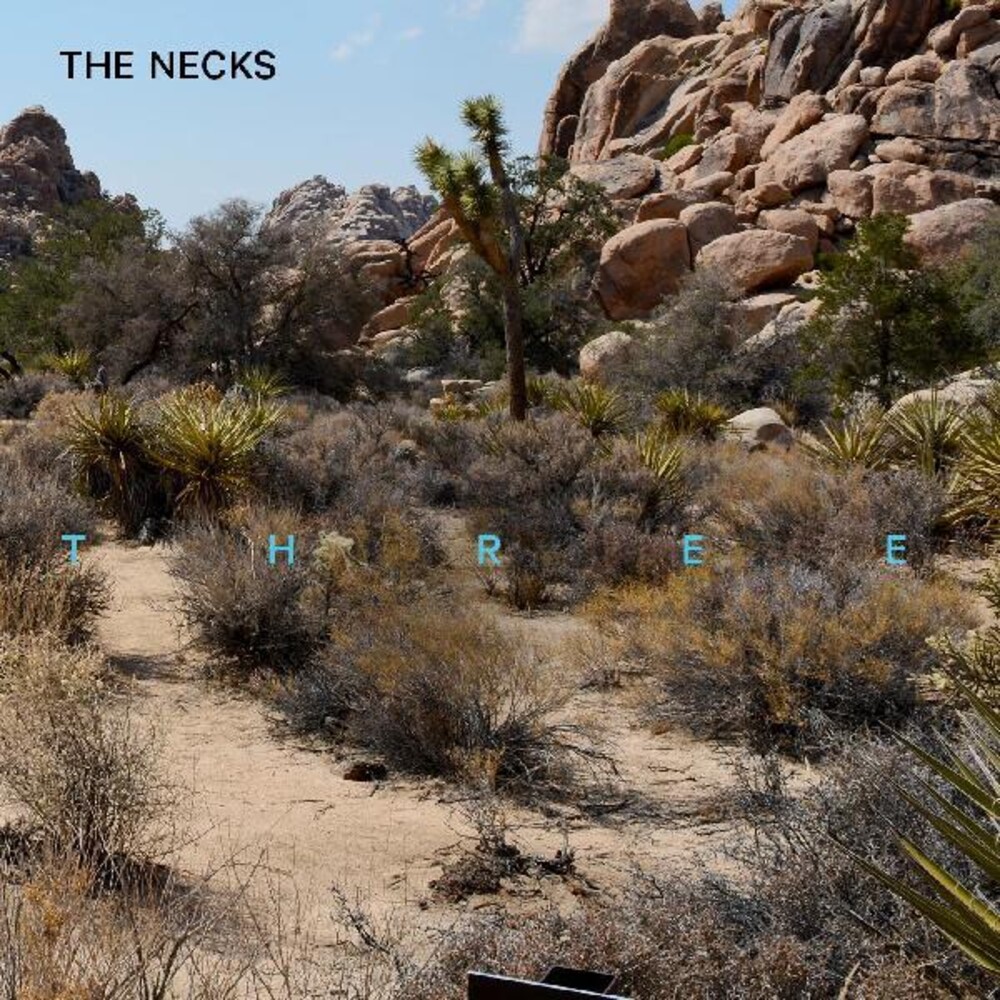 Three, the 21st album from legendary Australian instrumental trio The Necks, is a winding, textural, and visceral musical exploration through three individual, contrasting tracks that each delve into separate tenets of their sound. Three's variety of tones and structures offer a glimpse into the boundless, immersive sonic universe The Necks have been constructing, through recorded and live performance, for over 30 years. From its very first moments, 'Bloom' rattles and propels listeners through a dense, mesmerizing soundscape of unceasing intensity. Directly juxtaposing the consuming rattle of the opener, 'Lovelock,' dedicated to the memory of Damien Lovelock, former frontman of The Celibate Rifles, is a weightless and atmospheric threnody that ruminates in the quiet and overwhelming moments of grief. The final setting of Three is one of warmth and familiarity. 'Further,' is a confident, seductive groove in a quintuple meter, reminiscent of the groups' work on records like Sex (1989) and Aquatic (1994). Contrasting the style of their celebrated improvisational live act, the group's studio work is meticulously sculpted from beginning to end. On Three, Chris Abrahams (piano), Lloyd Swanton (bass), Tony Buck (drums/percussion), and their long-time backend collaborators Tim Whitten (engineer) and Doung Henderson (master) have again scrupulously built music that focuses on the most intricate edges of staggeringly immense, diverse worlds. From strained to still to smoky, each piece of Three marks itself as distinct and its own, but all feel representative of Australia's greatest cult band, The Necks.