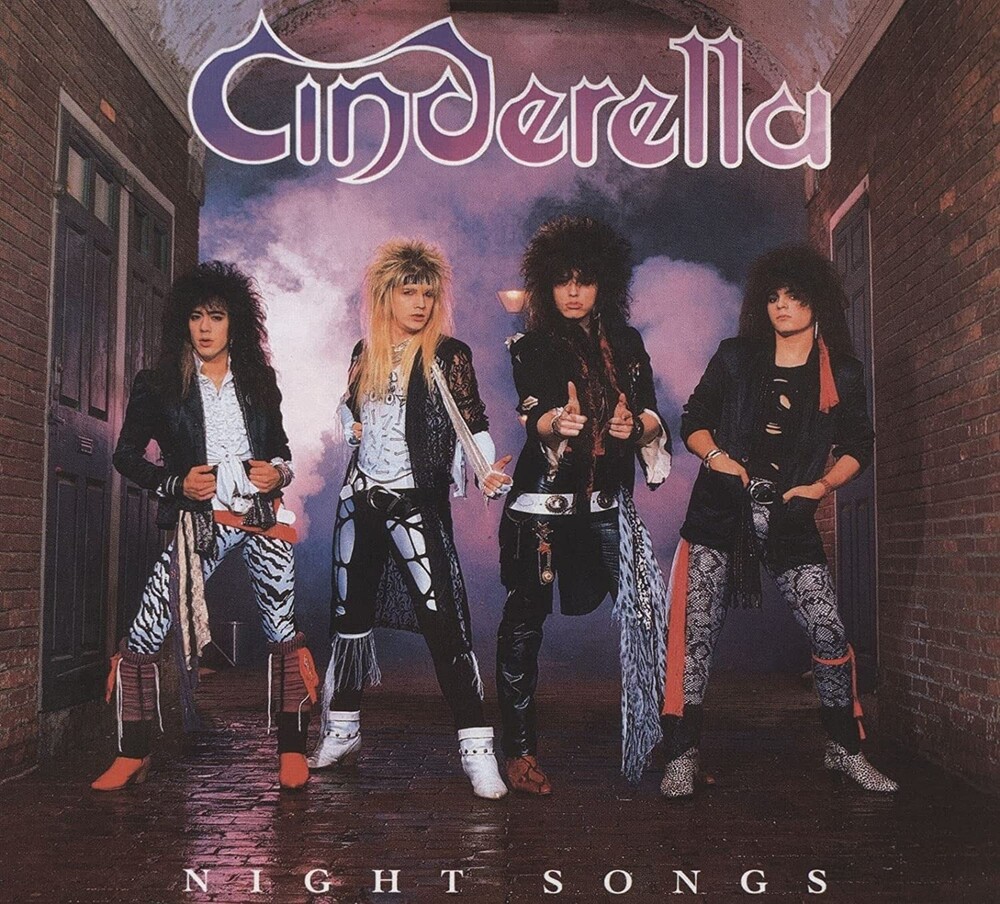 DOUBLE DIGIPACK 2 CD's - NEW REMASTERING - FULL BOOKLET WITH LYRICS. One of the best bands to come out of the 80s glam/sleaze hard rock scene were, without a second thought, Cinderella! Good buddies of Bon Jovi back then and this friendship was definitely a strong card they had, but only for a beginning, because they played their dirty music the way they wanted and in the most wonderful way, which means high quality, inspiration, glam and emotion as well! "Night Songs" was their debut album and came out during 1986 and shook the foundations of the glam metal scene with it's fresh and dynamic air. What someone may notice is the fact that Cinderella are a dirty band indeed, but they incorporate emotions as well in their music. The album consists of ten compositions (and one live track recorded in 1987)and most of them are mid-to-up tempo, really groovy and powerful for sure, having their soloing outbursts where all hell breaks loose as well. Their solos are really inspired, high quality and you feel entranced by the final outcome, you remain stunned feeling like rolling all over the place! The riffing is wonderful and inspired as well, the guitar work is just fabulous (RIP Jeff LaBar), having that American saloon/bad-cowboy oriented kitsch feeling at times, keeping the interest of the listener to the highest levels! That western feeling is being enriched at times by some slight keyboard melodies etc that make their appearance from time to time, not intense references, but they do exist. Well, the keyboard may evoke a more emotional atmosphere like they do on "Nobody's Fool". The rhythm section is imposing, as much as it has to be. What someone may notice on the drumming is that it's sound varies, something really good since you don't have to listen to the same drumming sound all the time, it makes the outcome more complex and affected along with the really good technique and tempo changes. Tom Keifer is one of the most charismatic glam metal interpreters, he has that accent that can never be forgotten once you listen to him singing, a really good and recognizable singer, sounding dirty or emotional, interpreting each option of his vocal abilities in the most appropriate way. Worth mentioning is that Jon bon Jovi did some backing vocals on this album. In "Night Songs" we find some 80s gems like the groovy and rolling "Night Songs", "Shake Me" "Somebody Save Me" and "Once Around The Ride", the dynamite "Hell On Wheels" and the emotional "Nobody's Fool". This album made huge success and it really deserved the panic around it's name simply because Cinderella knew what they wanted to offer and how to do it! Don't pass by this amazing reissue. Specially with the addition of Live at Tokyo Dome recorded December 31, 1990 in Japan.