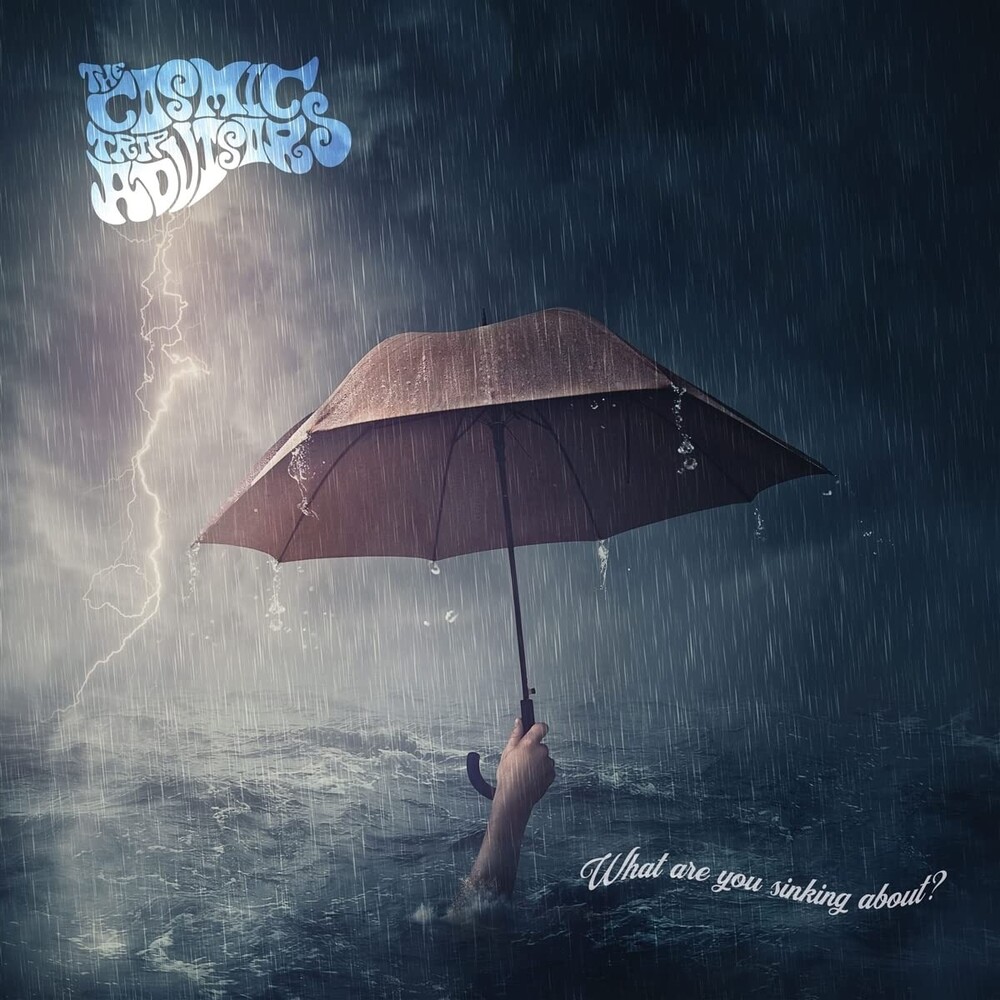 What Are You Sinking About (Uk)
Artist: Cosmic Trip Advisors
Format: CD
CD

8 SONGS mixed by legendary producer KEVIN "THE CAVEMAN" SHIRLEY (Aerosmith, Iron Maiden, The Black Crowes, Joe Bonamassa, Led Zeppelin, Rush etc - Mastered by Ade Emsley (Iron Maiden). WEST CALDER. SCOTLAND 07 October 2021, The Cosmic Trip Advisors announced today the release of their new lockdown covers album, WHAT ARE YOU SINKING ABOUT? The record contains a selection of blues, gospel and country inspired songs regarding the human condition. They have been specially chosen to lift the spirit and soothe the worried mind of those who find themselves adrift on life's stormy seas. The album has been mixed and mastered by the same dream team of Kevin 'the caveman' Shirley and Ade Emsley whose most recent work is by a little band called Iron Maiden. The Cosmic Trip Advisors had been together for less than a year when they recorded their debut album (Wrong again, Albert... released 1 June 2019) in Sweden with brit award winning producer Pedro Ferreira (The Darkness) at the helm. It's not many unsigned bands from West Lothian in Scotland who can say that. Maybe that's because there are no other bands in Scotland like The Cosmic Trip Advisors. The "Sinking About" album was never meant to happen. But pestilence swept the land and forced everybody into exile for a year, so any plans to record the follow up to "Wrong Again, Albert..." quickly evaporated. As the long months dragged on, it was impossible to not be affected by the sheer amount of friends, family and work colleagues who were clearly sinking under the choppy waters of their "new normal". With this in mind, band members and friends (who could get to the studio or record remotely) were drafted in as required to add their fairy dust to a set of cover tracks that had been specially chosen for their mood improving qualities and lyrics regarding the frailty and complexity of the human condition. And before long, an album of real beauty began to emerge. Then, with the album almost mixed (by Mark Thorburn) and ready for release, an opportunity to work with Kevin "the caveman" Shirley (The Black Crowes, Led Zep, Iron Maiden, Joe Bonamassa, Aerosmith, Metallica, etc.) presented itself and within a month he had mixed the album from scratch at his amazing studio "The Cave" in Sydney, Australia. During this process Kevin's feedback took on a familiar tone: "Love these songs!" - "Love her voice and cool band. Hope you guys like the mix!" - "That's my kinda music and in my wheelhouse!" - "Dreamy!" Acclaimed Mastering Engineer, Ade Emsley (Iron Maiden) was drafted in for mastering duties, and "What are you sinking about?" was born. PRAISE FOR THE COSMIC TRIP ADVISORS - "A voice like a tornado, paralysing in it's power" - Rolling Stone Magazine / "Forget Blues Pills and discover the extraordinary singer Lesley "Lesbomb" McGonnal! Half Janis Joplin, half Lisa Kekaula!" - Rock Hard Magazine (France) / "Nothing to throw away. Everything is to be listened to on a loop, with your finger pressed, taped, glued to the replay button. Divine, mortal, murderous..." - Paris Move 5/5 Indispensable / "A group that succeeds with it's first cake. A flash of brilliance!" - Passion Rock -