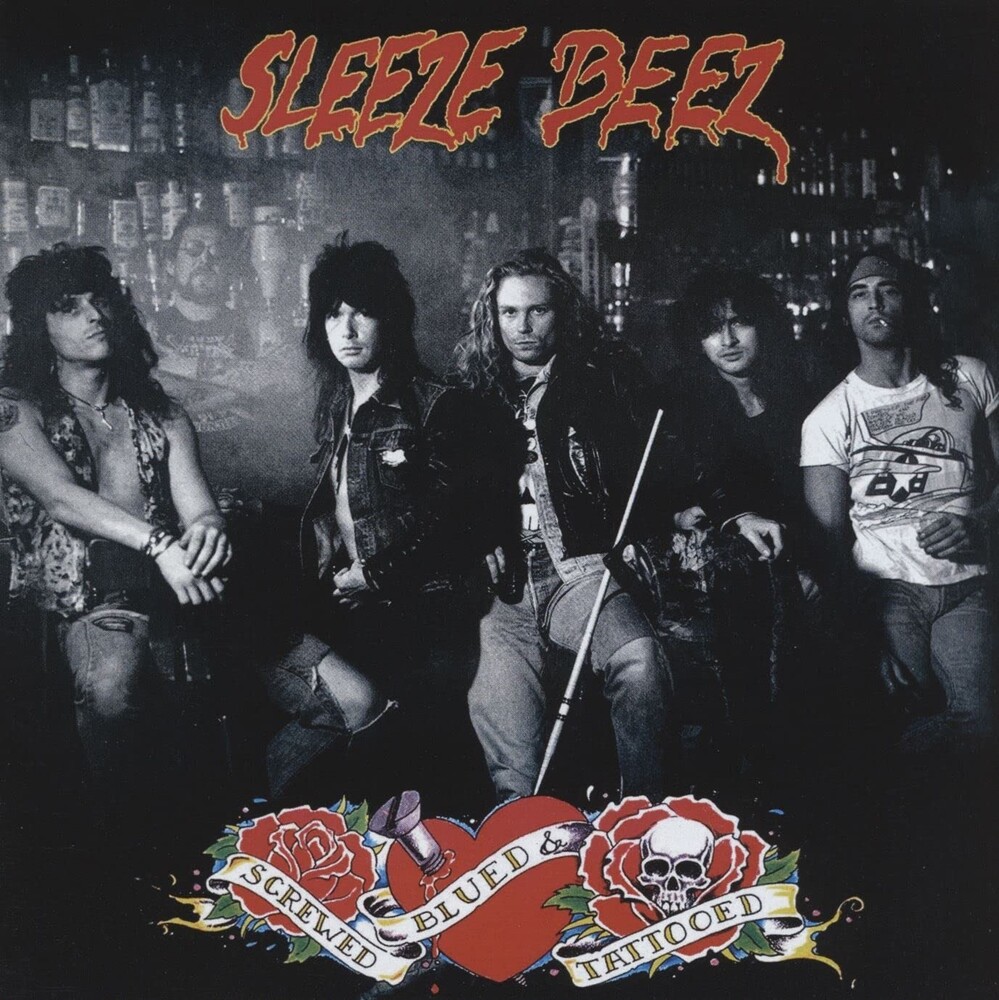 Sleeze Beez is like the kid next door who basically lives rock and roll to the fullest extent. Sleeze Beez is like the kid who bugs the shit out of his mother to buy him his first guitar, goes to buy the guitar and there's four other guys doing the same thing. They just got together and it was magic. In a unique twist, Chriz Van Jaarsveld (guitar) and Jan Koster (drums) managed to talk their way into a record deal before a band was even formed. In order to start recording, a band was thrown together featuring Don Van Spall (guitar), Ed Jongsma (bass) and vocalist Tiger. The debut album Look Like Hell was only released regionally in 1987, but Sleeze Beez were beginning to make people take notice. Sleeze Beez managed to fuse the sounds of AC/DC and Def Leppard to create their own unrelenting brand of hard rock and they needed to recruited a new singer. The four Amsterdam Rockers, during the recording of what would become Screwed Blued & Tattooed, replaced front man Tiger by Andrew Elt (ex-Gin on The Rocks) and Sleeze Beez were poised for success. Atlantic Records snatched up the group, got the band considerable airplay for the single "Stranger Than Paradise" and had the boys opening for Skid Row. What you saw, it was what you got with Sleeze Beez. There was no lipstick, just sweat and rock, they just went by their animal instincts. The animal instance is definitively one of the factors that makes the band stand out from the rest. Jan and Andrew handled the songwriting honours for the band. The title track, "Screwed Blued 'n Tattooed" could be compare to a wet dream. They got the title from and Eddie Murphy movie called "Best Defense" when he was sitting in a tank with two Iranians and he said "well guys, it looks like we're screwed, blued and tattooed". That basically summed it up. "When The Brains Go To The Balls" will remain one of the best song titles by any group in this genre. This rocking tune is as tongue in cheek as you can get. This song put them as a band in a nutshell. "Girls Girls Nasty Nasty" is dedicated to all the girls who went to the show and wanted to get a piece of the band, but as well all the guys who went to the show and wanted to get a piece of the girls. "Screwed Blued 'n Tattooed" contained something for everybody and it reached #115 on Billboard's Top 200. The future looked so bright in 1990.