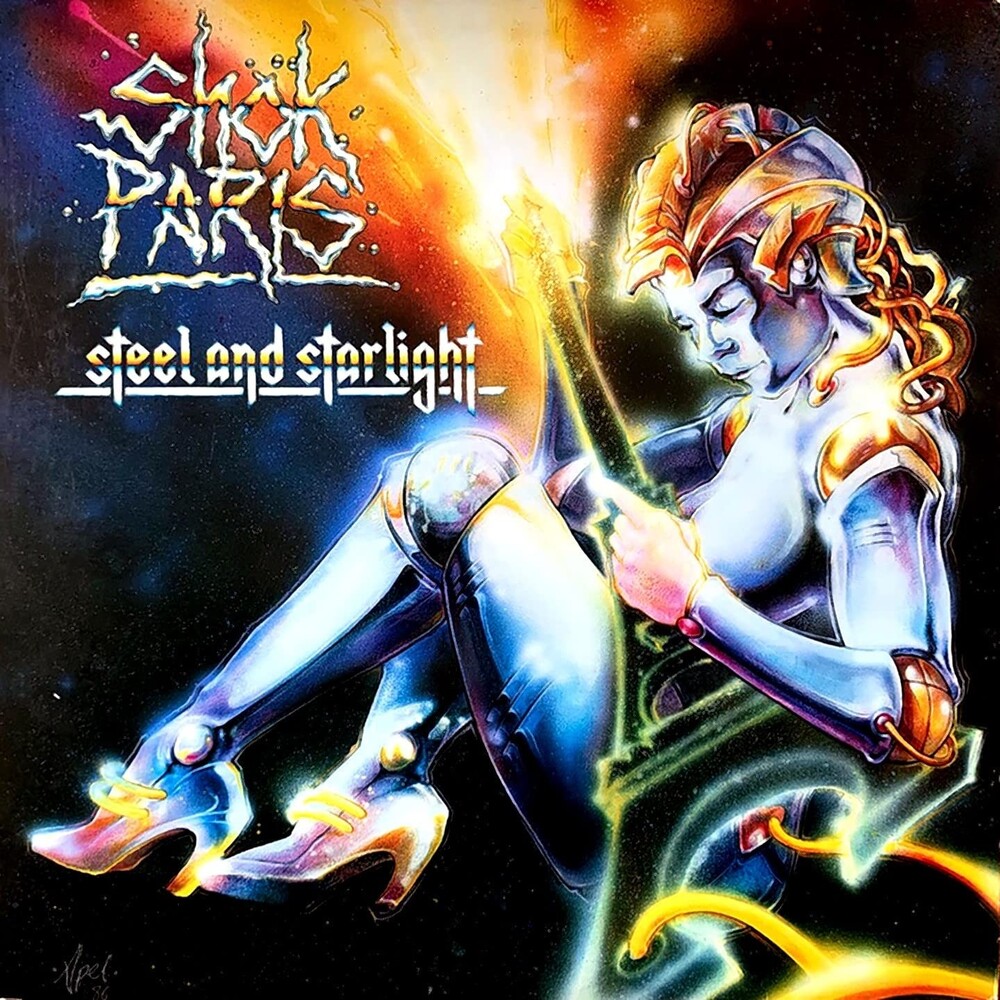 Shok Paris is no ordinary metal band. The Cleveland based group's appeal ranges far beyond the narrow parameters of any one genre to reach all fans of real rock 'n' roll. There aren't many groups that can bring down the house at a club in rural Amish country and garner the same reaction from a horde of hardcore metal fans at an Ohio metal showcase all within the same week. But Shok Paris has. Now the band is set to electrify the rest of the country. Shok Paris' first record for I. R.S. Records, Steel And Starlight, is a deft blend of melodic hooks, and go-for-the-gut hard rock. The record is crammed with Shok Paris' signature style; the often- overlooked combination of brilliant technical playing and intelligent lyrics. The album will bring Ohio's best-kept musical secret to the attention of metal fans everywhere. Formed in 1982, Shok Paris was the project of drummer Bill Sabo, and guitarists Ken Erb and Eric Marderwald. They had been in a number of hard rock bands but were dissatisfied with the music they were forced to pound out. They wanted to make their own music no frills heavy metal, set on a bedrock of infectious tunes. So, joined by bassist Kel Berkshire and a temporary vocalist, Shok Paris was born. Within a matter of months Shok Paris was picked to appear on the Cleveland Metal sampler album and was receiving regular airplay on WMMS-FM in Cleveland. But the band was still searching for just the right voice to make their vision whole. In late 1983, they found Vic Hix in the tiny Cleveland suburb of Cumberland. With his Dioesque pipes and talent for lyrics, the band's line-up was set. Two months later Shok Paris released it's debut album, Go For The Throat on the independent Auburn label. The record was greeted with raves from the hard rock press here and abroad. One track from the record, "Marseilles de Sade" was chosen for The Wild Bunch, an album compilation featuring the best of America's up-and-coming metal bands. With Steel And Starlight, Shok Paris has arrived. The 10-song album is a powerhouse collection of no-nonsense rock 'n' roll. From the hard-driving, solo-filled "Go Down Fighting,' to the ballad with wallop "Castle Walls" and the classically-tinged "Exhibit A, " Steel And Starlight is a testament to the Shok Paris nature and name : Powerful yet elegant.