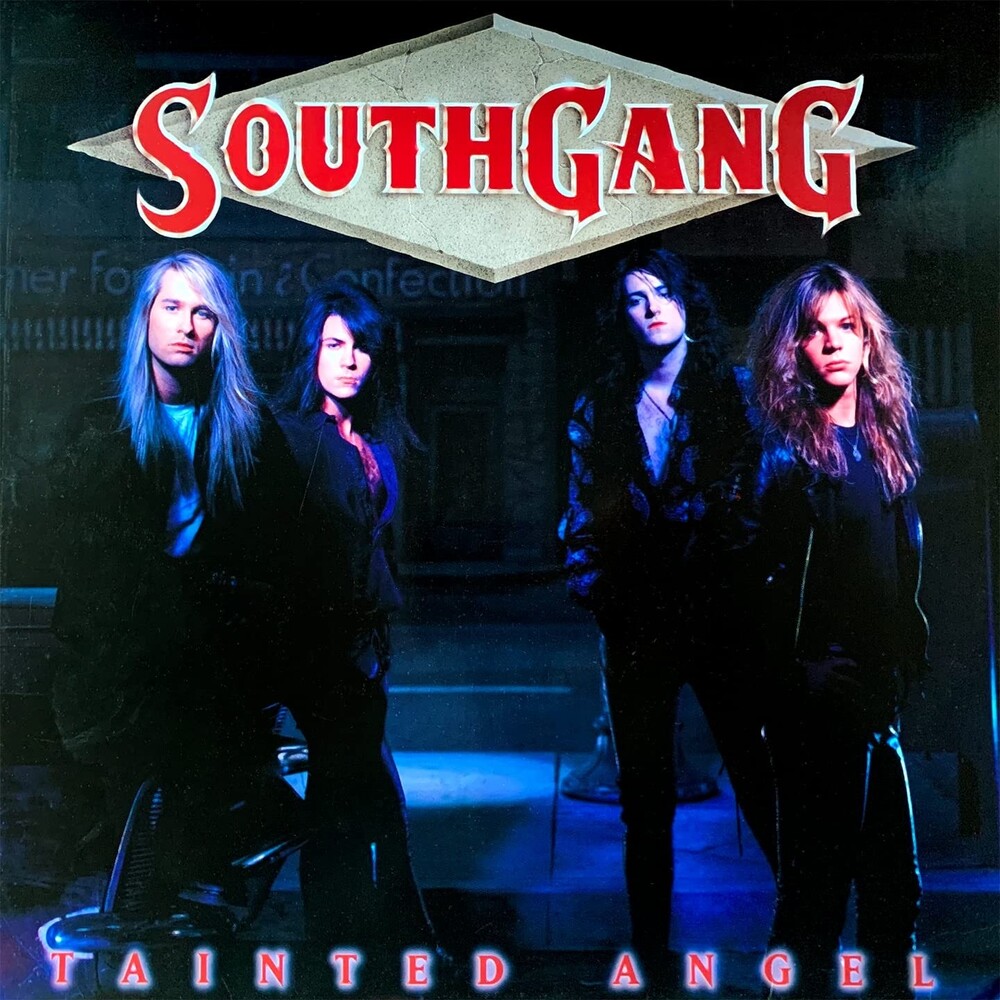 Southgang was one of the countless pretty-boy hard rock bands to emerge from the late 80's hair metal craze. The band played respectable hook-laden hard rock with a slight southern influence, but grunge was already grabbing a foothold and all but ending the careers of bands such as Southgang. Formed in Rome, Georgia and originally going by the name Byte The Bullet, it wasn't long before Jesse Harte (vocals), Butch Walker (guitar), Jayce Fincher (bass) and Mitch McLee headed to the bright lights of L.A.'s Sunset Strip. Within a year of their arrival the band was headlining, garnering major label interest and making the decision to change their moniker from Byte The Bullet to Southgang. Hooking up with multi-platinum songwriter Desmond Child, the group's debut (around the same time as other highly melodic Hard Rock groups such as Firehouse, Slaughter, Warrant...) had started to gain attention from the record-buying audience and the MTV viewers. The band sounded similar in many respects to the aforementioned acts, but with some chief differences-a talent for merging various Hard Rock styles and grooves, then creating intriguing song arrangements and catchy choruses, and finally employing slick studio trickery for added spice and zest. With a slamming rhythm section in bassist Jayce Fincher and drummer Mitch McLee, a wickedly wild guitarist in Butch Walker, and a powerful and wide-ranging lead singer in Jesse Harte, Southgang seemed to have everything going for it, including aid from Desmond Child, Jeff "Skunk" Baxter (Steely Dan/Doobie Brothers), and Kane Roberts (Alice Cooper), who aided the band either during the songwriting, recording, and production processes. This was no "cookie cutter hair band" of the era, but a group that had not only big-time support, but mastery over it's instruments. Plus, the musicians also had a knack for incorporating numerous surprises into each song, whether it be unexpected rhythm breaks or key changes, inventive drum, bass, or guitar fills, or the addition of a brass section, harmonica and cowbells, light Hammond organ and honky-tonk piano, acoustic and slide guitar and the aforementioned talk-box, even one instance of female background vocals, all giving Southgang that "unpredictable factor" that set it apart from it's contemporaries. And with the ultra-catchy choruses, a budding "guitar hero" in it's midst, the overall energetic performances and rowdy atmosphere, and slick yet robust studio production, the band truly seemed destined for greatness.