Side Kixx - Talk Of The Town (Uk) | RECORD STORE DAY 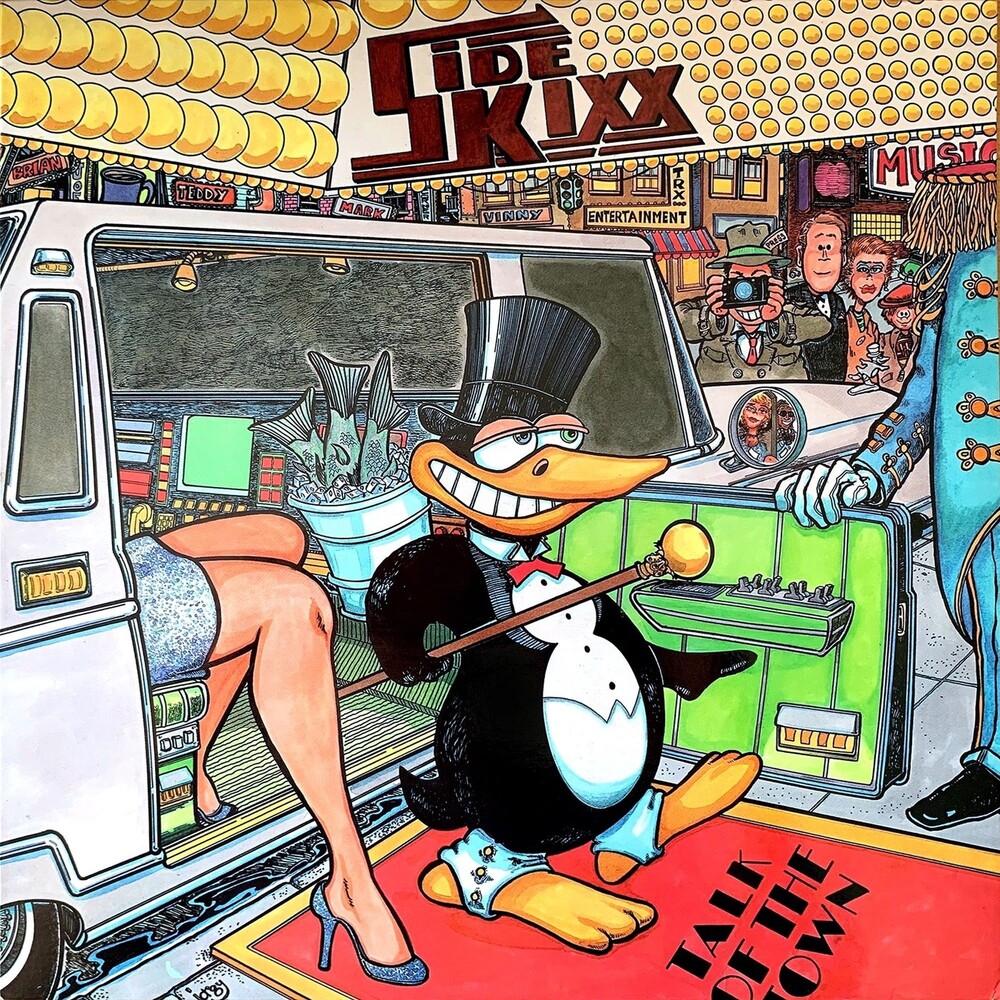 When you gander at the CD cover for Side Kixx's 1988 titled Talk of the Town, depicting a penguin leaving a limo along with a leggy lass and dressed as a high-brow man of the town, you'll at least understand the band has a sense of humor. But that's about all you get from the cover. In a word... cover art has come a long ass way since 1988. That aside, the music on Talk of the Town from this New Jersey based quartet is similar to bands like Trixter and Firehouse, with pumping guitar anthems and vocals that only true tenors can try to keep up with. Guitarist Mike Peterson opens the CD with a catchy riff on Talk of the Town They will remind you a bit of Hurricane with the level of musicianship and high quality vocals. This is just another great hard rock pop hit, with massive amounts of energy dripping from every note. Peterson's guitar solo is intense and fluid, and this is a strong introduction to the Side Kixx sound. In the Night is next, another razor-sharp riffing song. It may remind you a bit of TNT at that time, with bubbly guitar leads and soaring vocals. They were probably influenced by Bon Jovi, but how couldn't they be, coming from New Jersey. The harmonies and background vocals are huge, and drummer Brian Peterson makes the song even stronger with massive drum fills. Another hit song that wasn't a hit. The first slower composition is Headin' for a Heartache. Let It Go is presumably a live track, because an announcer says, "We've got a great band for you now. Ladies and gentlemen... Side Kixx!" Kotch let's an opening wail, and they launch into a fiery, pounding rocker. They get back on track with No More (Getting' the Best of Me). Instead of good times and partying, this is an edgier song. Kotch adds an element of anger to his delivery, and instead of making you want to drink beer and party, the song makes you want to pick a fight. Wicked cool song. It all ends with You Make the Rockin' World Go Round. This is probably a shout-out to Queen, with triumphant shredding from Peterson on guitar and more manic drumming from the other Peterson. It's easy to hear why they were such a draw back in the day... Talk of the Town is just another feel good look over your shoulder to yesteryear. If you liked Hair Metal back in the day, then you'll need to check out Side Kixx today!