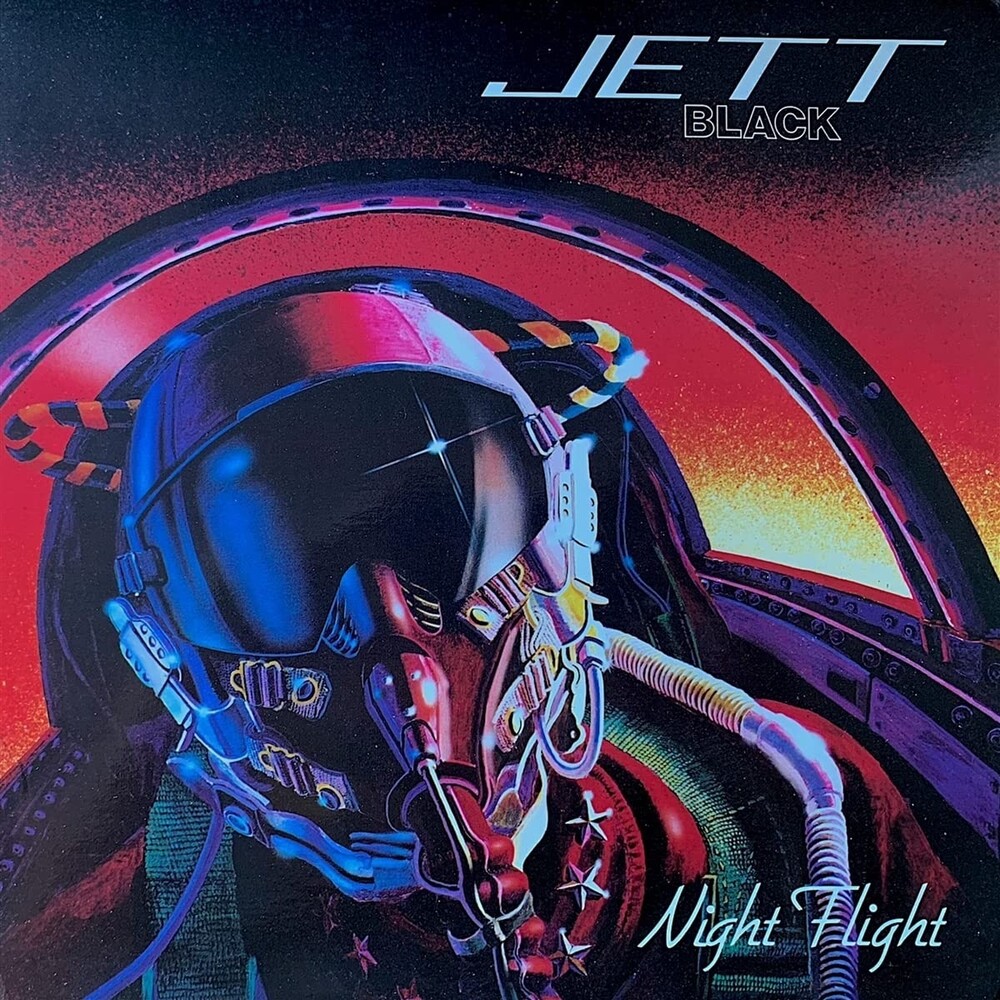 FIRST TIME ON CD - NEWLY MASTERED - Melodic Hard-rock lovers, this Jett Black-LP should have a place of honour in your collection and in your heart! This album is essential! Beautiful, melodic songs, catchy refrains and an outstanding singer is what you'll hear! Jett Black was an awesome Toronto based band formed in 1983. They produced a 1984 cassette before heading into the studio for their now collectible "Night Flight" LP. They released this one and only album in 1985 on DBM. There is also a video for the band's song "Hold On". Formed by the Atkins brothers, they released this precious and dedicated this album in memory of Randy Rhoades. The 1985 album "Night Flight" also featured Jeff Jones (Red Rider) on bass, listed as a "guest performer" because original bass player, Mike Greger, had left before the album was completed, although he did appear on a pre-production cassette of the album called "Night Visions"; and there was also Steel River's John Dudgeon on additional vocal parts.