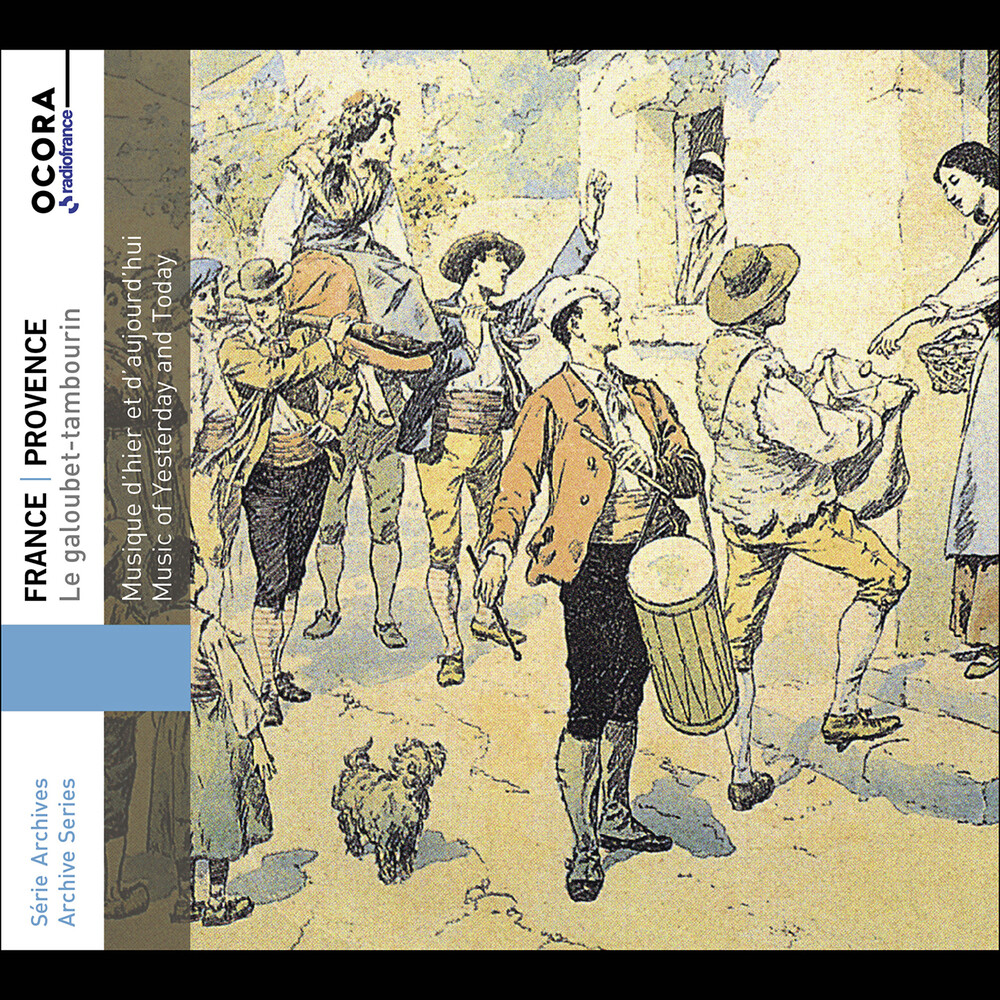 A look at the past of the galoubet-tambourin but also at it's future: a musical anthology from the Middle Ages to today and tomorrow, through the baroque, classical and traditional repertoires, led by Michel Montanaro and André Gabriel. During the Middle Age and the Renaissance, the practice of whistle-and-drum playing developed throughout Europe, at all levels of society. The inhabitants of the New World, in their turn, were introduced to this practice, made popular by Spanish seamen, and adapted it to their own needs. Then, in the Baroque Age, those who, to a certain extent, were credited with the novel views held in this Age of Enlightenment, took advantage of such an "exotic" fashion and imitated it in order to draw closer to the lower classes. Later on, the Romantic Movement and the awakening nationalistic schools of thought were to regard this type of musical custom as a symbol of "ethnicism", and to use it later subconsciously as a pretext for their subsequent folklorisation. More recently, regionalism, with it's inevitable need to pick up identity tags, has completed the picture. For the last twenty years or so, the established way of teaching these instruments has prioritized written, prescriptive, learned tradition - a tradition legitimized in part by the plethoric 18th century repertoire of "Rural Music". A number of excellent instrumentalists were trained in this way. The present album offers a re-interpreted sum of all these historical trends. It's aim is to provide an authentic anthology, that will at the same time preserve this particular heritage, along with some indispensable guidelines, and promote a personal or modern view of this century-old musical practice.