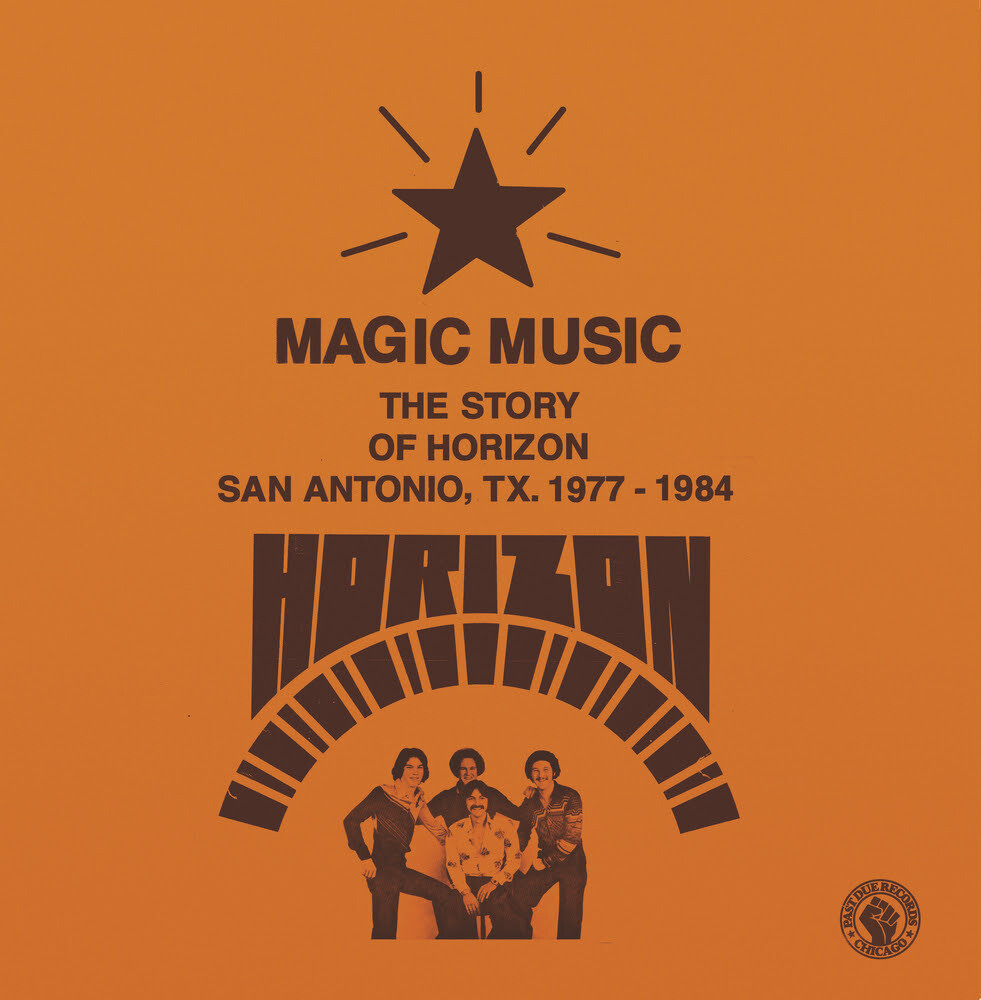 San Antonio, Texas has never been known as a hotspot for driving boogie/funk music and sweet modern soul. Nevertheless, Horizon, formed by the three Boggess brothers and Freddy Carrillo, had a five-year run of local fame in the early 1980s during which they consistently scored radio play on South Texas pop and soul stations, played large local parties, and even opened for the Commodores.With only a handful of superb and very sought after private press 7" releases under their belt, Horizon managed to reach a cult status amongst funk and soul collectors worldwide.Jerome Derradji's Past Due Records is proud to release - for the first time on vinyl - "MAGIC MUSIC - The Story of Horizon - San Antonio, TX 1977 - 84."This DLP gatefold compilation includes all the rare Horizon 7's releases along with 10 previously unreleased songs! As always, the story of the band is written by Jacob Arnold with a superb artwork from Al Kent. Magic Music is also available on a digipack CD including a booklet and on digital format.Limited to 1000 copies worldwide, don't sleep!