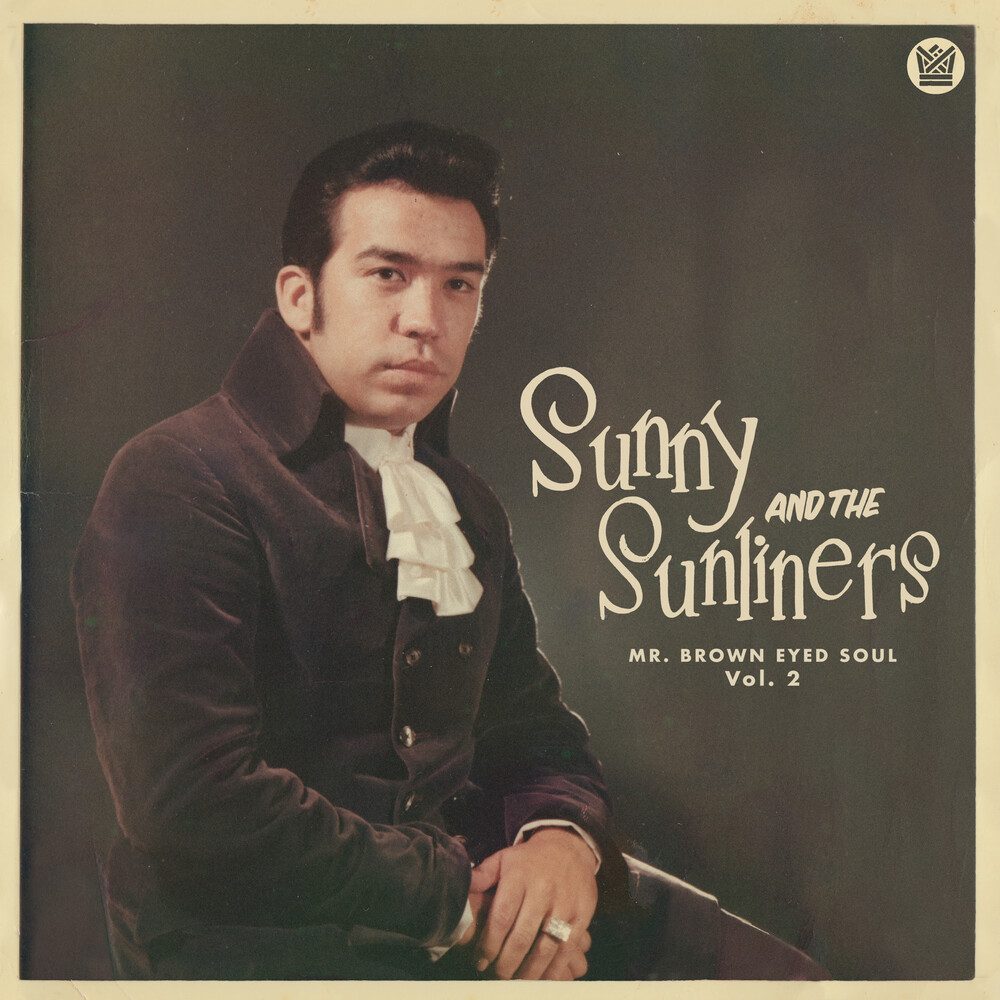 Sunny Ozuna is a living legend and a man worthy of praise on many levels. In the Texas and Latin Music pantheon, few have been at it longer and are more revered by their fans and peers than Sunny is. He became a star right out of high school in the late '50s and hasn't looked back in the seven decades since. Among countless other honors and notable achievements, Sunny was the first Latino artist to appear on Dick Clark's "American Bandstand" (in 1963). He penned "Smile Now, Cry Later," a hit for him and The Sunliners, which along with the theater masks that grace the album's cover, became staples in the Chicano Soul and Lowrider Soul cultures.We have been fans of Sunny & The Sunliners' music for a long time. We first got in touch with Sunny to try to reissue some of his records in 2013 but we didn't sign a deal until 2015. It took a trip to San Antonio and then two years of steady phone calls before they decided "if you have been chasing us for this long, you must be serious." With Sunny's blessing we started getting everything mastered, scanned, and planned. First we released 2017's Mr Brown Eyed Soul Vol. 1 compilation that put rare 7" sides next to some of his biggest hits and mixed in some choice album cuts for good measure. In the wake of that, we released three of Sunny's full lengths with their original track lists and art: Smile Now, Cry Later, Little Brown Eyed Soul, and The Missing Link - all of which were Record Store Day releases that raised money for the victims of 2017's Hurricane Harvey. For the 7" collectors, we reissued five 45s, making some very hard to come by sides widely available again and pressing some tunes on the format for the first time. In 2020, as an homage to Sunny, we released Dear Sunny... a compilation of Big Crown artists covering Sunny & The Sunliners songs. Through all of this we were able to do what we set out to do: get Sunny's music to a new audience of people and make it all accessible and available again to his existing fanbase. Sunny still keeps a busy schedule and loves performing as much as he did as a teenager. His music and the music that it directly influenced are seeing a resurgence in popularity in the last few years. With any luck at all, our efforts played some small part in that, and on that note, we present Mr Brown Eyed Soul Vol. 2 - another compilation curated by us, where we dig a little deeper into Sunny's catalog and pull some lesser known gems that hold court with his hits. Hats off again to Mr Brown Eyed Soul himself, San Antonio's own, Sunny Ozuna, we are sure you will enjoy the music.