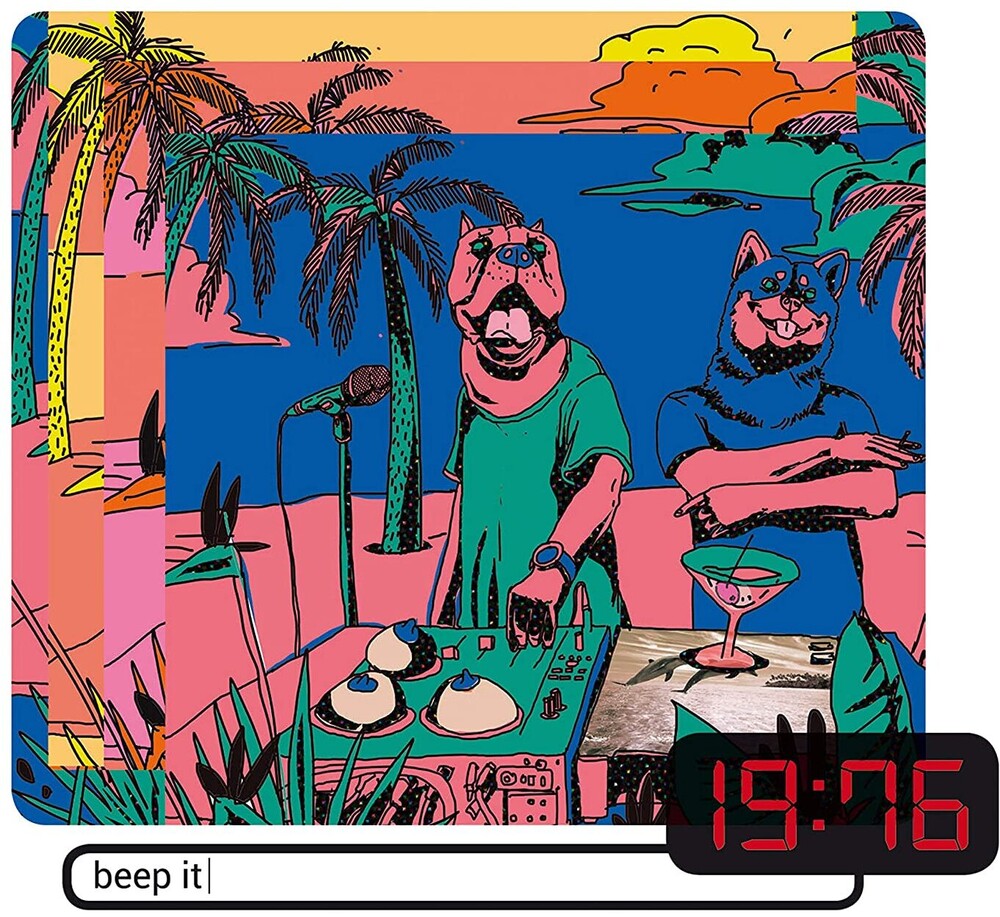 Out of the Toulon-based Indie-pop group Twin Apple, Gaby and Niko both have a passion for vintage electro and analog synthesizers. Their newly formed duo Beep It, released a debut album, which they themselves describe as "the most pop of records to dance to".The album title « 1976 » refers to Gaby's birth year, but it mostly sets the tone for the 10 tracks which embark us in a facetious and nostalgic time travel. Giorgio Moroder there meets the first computers, sci-fi robots, some old school American TV shows, as well as a few references to early electronic music, disco, afrobeat, or the golden age of pop culture. All of which the duo clearly assume.This aesthetic extends onto the stage, where the band is eager to fiddle with synthesizers (Korg MS-20, Moog Sub 37, Korg M-500, etc.) in order to offer a real live performance. They opened for bands such as Agar Agar, L'Impératrice, Naïve New Beaters and Martin Solveig.