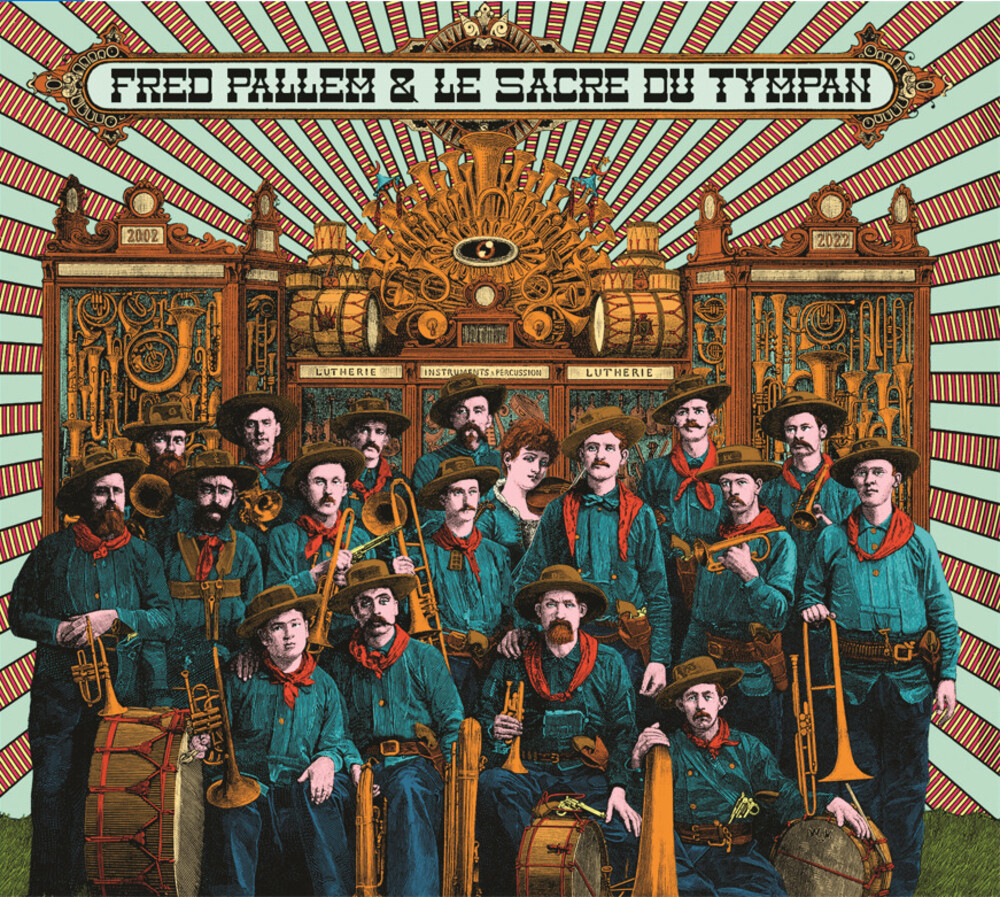 Be careful, the insolent Sacre du Tympan is coming! Under the miscontrol of bassist Fred Pallem. Here is a dusted BigBand which offers listeners a clever mess that mixes compositions and improvisations: a fluid writing that feeds on unbridled improvisations. For the Big Band's 20th Anniversary, Street Machine Production is releasing the very first Sacre du Tympan album, in gatefold double vinyl and CD... but beware, this reedition is richly endowed! New graphic creation by Elzo Durt, testimonials, interviews with musicians, this edition gives to see and hear the starting point of the of Fred Pallem & Friendz's rich career. This marvellous opus of almost 69 minutes made the headlines in it's time (4 Telerama key, Jazz Mag album of the year, Victoires du Jazz) and installed Fred Pallem in the landscape of "Jazz but not only" for a long time... Recorded mainly live and without an audience during a 3 days residency at the Paul B. Center, the session ended with a memorable concert for 500 dumbfounded spectators who discovered a rich music performed by young soloists who would do everything talk about them... The unbridled spirit of a Django Bates or Carla Bley Big Band with Fred Pallem sauce, an elaborate French gastronomy feast, tasty and above all totally crazy. Mischievously inventive and joy inducing, their music finds it's inspiration in the music of Mingus or Ellington (to speak only about Jazz), as well as in films or television series soundtracks (Nino Rota, Tex Avery) in the rock la pop, or in song (Zappa, Gainsbourg), as well as in contemporary music (Charles Ives) A daring and terribly festive mix that surprises and makes your ears want to party.