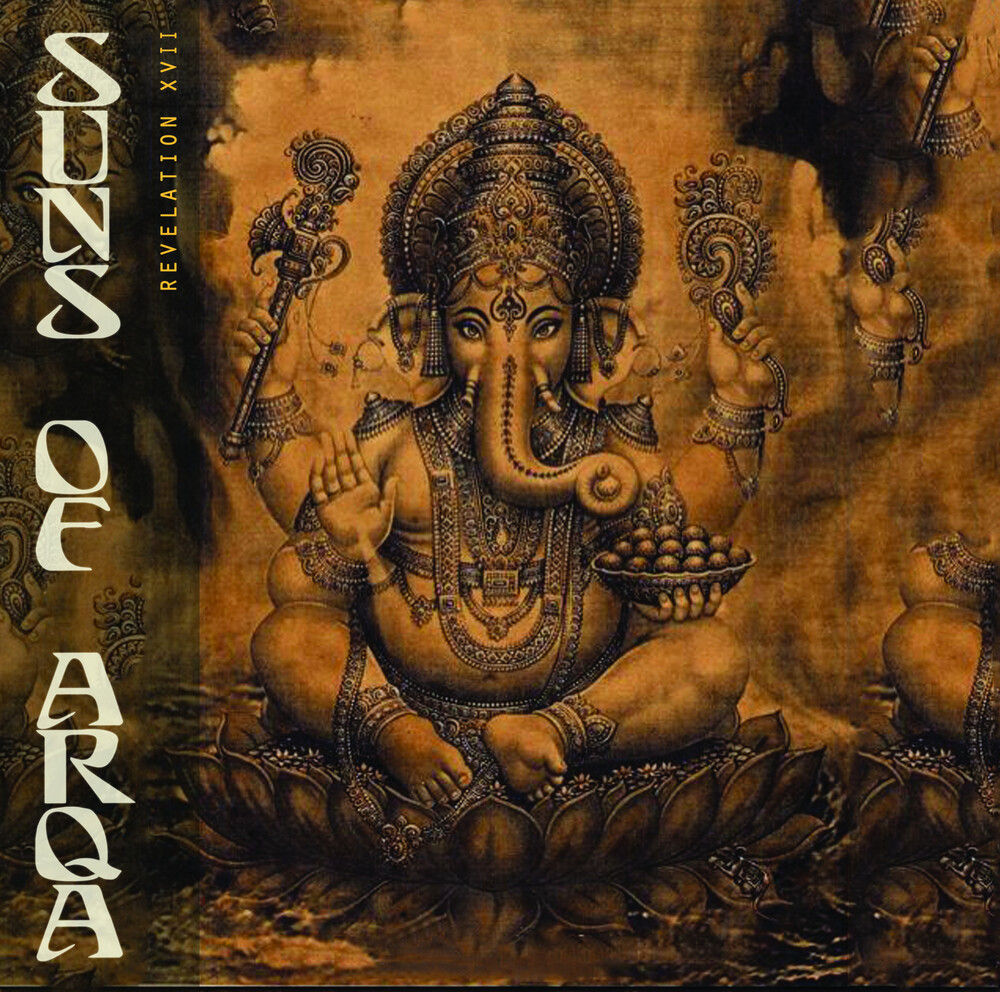 Suns of Arqa is a sonic mission created by luminary Michael Wadada, who began in 1979 after receiving higher guidance in Jamaica while working with roots reggae chanter Prince Far-I. It is a prolific traveling music collective that has seen over 200 collaborators, meant to connect people from all cultures and walks of life through a "deeply spiritual vibration that merges cultures, faiths and musical genres". Wadada combines ancient Hindustani raga systems with Piobaireachd and Nyabinghi roots drumming, creating ritualistic world music infused with dub and reggae. The lyrics combine both mystical and sensory elements, often including prayer and referencing a higher power but finding root in experiences common to all people- memory, sight, and physical sensation. Their first album, Revenge of the Mozabites, was a collaboration between Wadada and On-U Sound creator Adrian Sherwood. Following it's 1980 release, Peter Gabriel invited them to perform at the first WOMAD festival. Today, the record is regarded by some as a cult classic. Over the years they have played at many major music festivals including Glastonbury, Big Chill, Telerama Dub Festival, and Transmusicales, and released over 40 albums on Virgin, EMI, Interchill Records, Antler Subway, Red Rhino, and their own label, Arka Sound. Suns of Arqa has had a seminal influence on the World Beat sound, and continued to make appearances at seasonal festivals and sacred ritual spaces all over the world until 2021.Michael Wadada passed away in the midst of planning their U.S. tour for this release. The record is a compilation of some of Wadada's and Sleepers Record's favorite old Sun of Arqa tracks, mixed by Youth and Adrian Sherwood,and mastered by Eroc (drummer of Grobshnitt). Notable collaborating artists include: Guy Called Gerald, UK producers Youth and John Leckie, Greg Hunter, 808 State's Graham Massey, Finley Quaye, Sounds From the Ground, Bryn Jones aka MuslimGauze, Adrian Sherwood, JohnCooper-Clarke, The late great Professor Stanley Unwin, Eric Random, New age guru Tim Wheater, Astralasia, Prince Far-I, The Orb's Alex Patterson, Zion Train, and Gaudi