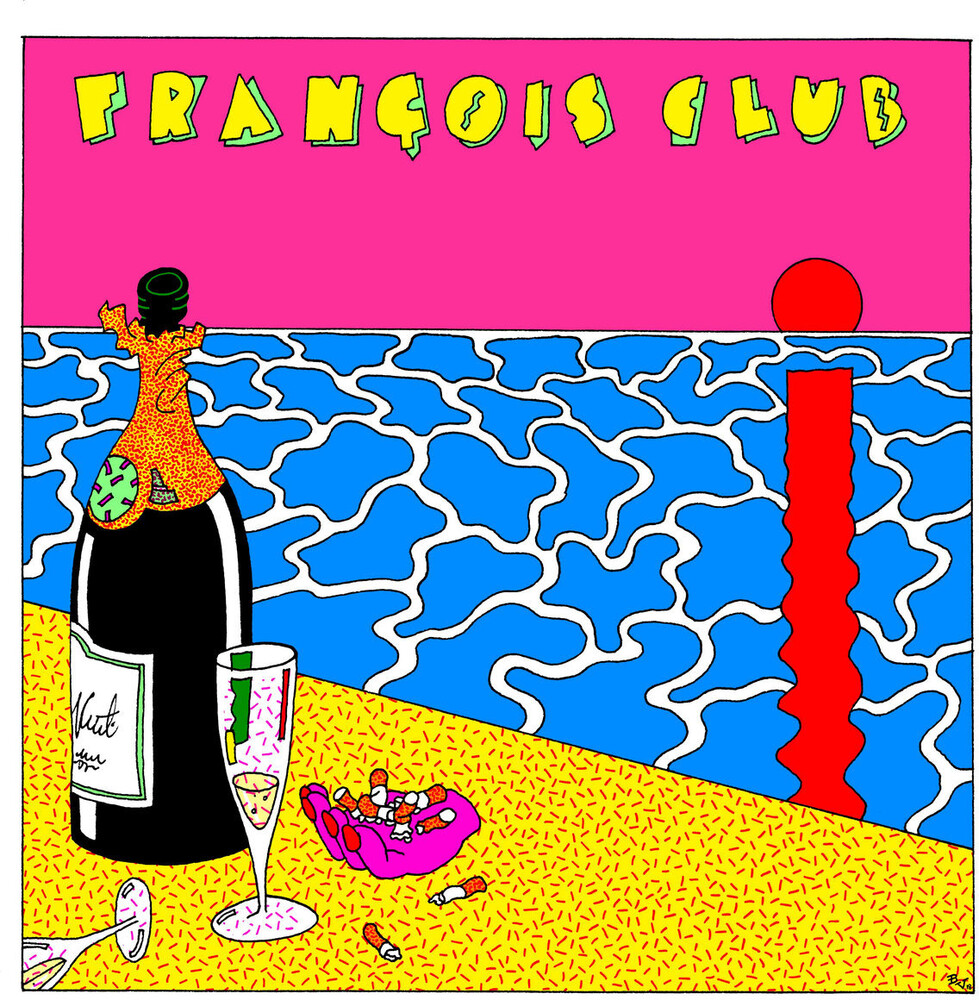 After the bite of Cobra, first LP which reinvented a hand-stitched French pop, with a princely fabric and a Gainsbourgian phrasing, François Club is back at it (in silver) on Nickel Chrome. Multi-instrumentalist producer, as comfortable in electroacoustic and experimental composition as in laidback synthpop, the all-terrain artist has gold at his fingertips. With one foot in classical music, another in song and his head turned upside down in rave parties, his youth in Toulouse was woven with influences from all sides. He was a chorister in the chamber choir Les Elements, with the baroque orchestra of Toulouse, and at the same time played synthesizers in the group Aquaserge, with which he toured Europe and the United States. He ends up setting up his own band (Foca) which will only have a short life span, before starting a solo career by creating his own doppelgänger, between ideal son-in-law and bad boy. Adopted in 2015, the pseudonym François Club actually comes from a misunderstanding of his real name. Everything follows: the EP Paramilitaire is released confidentially in 2016 and the album Cobra is born four years later at Requiem for a Twister. During the successive confinements, he isolates himself in the secluded corners of Ardèche and Tarn to compose in autarky a string of new tracks which form the matrix of this new album, in an unreal and a little distressing quietude on the edges. The fine-tuning of the production is accomplished in the home studio La Bergerie in Occitanie, under the care of Emma Mario (Astrobal, Stereolab, Nina Savary...). With the creation of his own label, Disque Hypersouple, the unclassifiable producer now builds bridges between ambient, electroacoustic and synthetic dreampop sung in French.Gorged with cold sunshine and love without tomorrow, Nickel Chrome restores the coat of arms of ambivalent feelings, where melancholy emerges behind nonchalance. Skilfully hemmed in with silky synthesizers and suave vocals, this new spring-summer collection never chooses sides: italo disco or Haruomi Hosono, Sébastien Tellier or Étienne Daho, Alain Chamfort or Flavien Berger, Brancusi or Hokusaï... Sophisticated behind their apparent naivety, dreamlike without irony, these songs of innocence with their falsely casual lyrics run through your head without respite, opening up the unsuspected horizons of a variety on LSD. Sentimental ephemera immersed in liquid nitrogen (Les cités d'or), reminiscences of the mid-eighties Top 50 party years (On danse en basket), technopop tinged with Love on the Beat period funk inflections (SMS, Ne le dis pas) or the beginning of a Kraftwerk-like electro turn (Transatlantique) until the regressive summer vibe anthem (Bleu Orangina), we cross the city in a convertible when the night is waning while the kisses have a bitter taste. Iridescent sunrise and polychrome synthesizers, ethereal tropicalism and melodies cut with aspartame, François Club praises the derisory and the lightness. From boniments to cooing, laughing at good feelings, the charming singer takes us with him to an unusual destiny on the blue waves of summer. Welcome to the multiverse of François Club, whose avatar soars high in a phosphorescent sky.