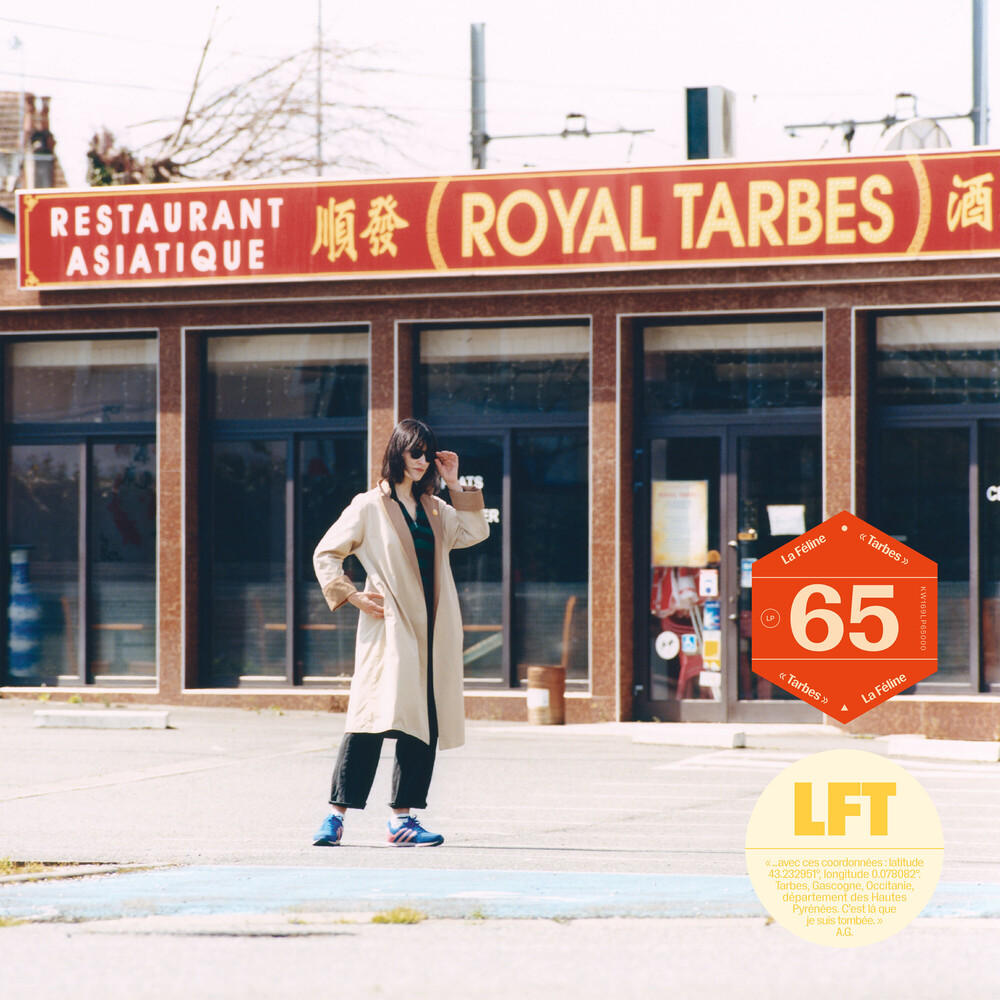 All of us carry a piece of where we're from with us, but these parcels of fallow land often - in a uniquely mysterious way - become the prey that nourishes our aspirations.AgnĂ¨s Gayraud - a refined thinker by day that transforms into la FĂ©line at night - left Tarbes many years ago in search of greener pastures.After making a name for herself with Adieu l'Enfance (2014), Triomphe (2017), and Vie Future (2019), the author and musician has evolved once again. Her latest release Tarbes reinvents the circle of life and challenges our preconceived notions. She welcomes us to her hometown with sweet and clear melodies over the backdrop of an electronic hum, reminiscent of Mark Twain classic Tom Sawyer. Tarbes is no more than a listen away. Physically prevented from returning to her hometown by the viral threat we all know all too well, AgnĂ¨s found her way back with a small Electone home organ. The constraints of off-peak hours that called for some DIY savvy, slowly but surely, roused her spirit. With a drum machine, a bass and a guitar, she succeeded in making the young girl inside her smile again. With thirteen songs - and just as many adventures - Tarbes is a concept album that tells the story of a young woman's formative years, as spent in her hometown. The full-length is characteristic of an era and it's references, as well as the high and low points of it's emotional topography. It also opens a dialogue that displaces the points of view, the time and the space between AgnĂ¨s the narrator, AgnĂ¨s the chronicler and AgnĂ¨s the confidante, wildly spinning the needle of her personal compass and modifying the laws of attraction in a town that is more than meets the eye. AgnĂ¨s tells of an Occitan Odyssey, between a sometimes-crude realism and fiction, passing through the album's tales as an anonymous silhouette in a beige raincoat - in front of a Chinese restaurant's shop front, in a town square or along the riverside. The returning hymn doesn't only imprint nostalgia, it paints the full emotional portrait of a town. Because for AgnĂ¨s, Tarbes is not just her theater, but her whole world, showing how fiercely protective she is of her hometown in the song Solazur. Under a magnifying glass of emotion, and with the sentimental testimony that is La PanthĂ¨re des PyrĂ©nĂ©es, the artiste shows us the skeletons in our own closets. Tarbes, more than a brief stopover in a rail journey to the coast, broaches issues that touch on abandonment, desertification, aging and redevelopment that many French towns and cities face today. Alexandre Guirkinger's photographs serve as album art that illustrates this strangely unique singularity: AgnĂ¨s travels through a biotope where the darkness of a view camera contains the ghostly aura of La FĂ©line. While fine-tuning this collection of stories, in an oh-so-intimate album where solitude rips away the mask of confidence, AgnĂ¨s found solace in uniting with other spirits. For three songs Tarbes, Jeanne d'Albret and Fum, inspired by an Occitan poem of Louisa Paulin (1888 - 1944), she invited the young voices of Conservatoire Henri Duparc - a building she knows intimately, despite never feeling allowed to enter as a child - to breathe the energy of their adolescence into this record. She also collaborated with Lyon's own FranĂ§ois Virot to imbue his delicate rhythms into her work, as well as Belgian guitarist Mocke Depret. Lastly, La FĂ©line entrusted the last production stages to her eternal partner in music, Xavier Thiry, with StĂ©phane "Alf" Briat on the mixing board. The final piece has a complex tranquility, surrounded by non-verbality, with Jeanne d'Albret, Louisa Paulin and the PyrĂ©nĂ©es safeguarding Agnes' secrets. With the calm reassurance of her metamorphoses, La FĂ©line delivers a slice of silence to her town, serving as both her cradle and theater.Tarbes' ThĂ©Ă˘tre des NouveautĂ©s is where AgnĂ¨s Gayraud, La FĂ©line, has decided to present Tarbes to it's residents on October 14, 2022. While "nouveautĂ©s" evokes newness, this theater is reminiscent of a future which is already outdated, where modernity is only vague and fictional, carrying reminders of French haute-kitsch accordionist Yvette Horner, whose parents were the caretakers of what was then called the Cani Eldorado - a bastion of virtue through the 30s, with it's lineup of Catholic films. However, by the 60s, it would have become a temple of pornographic cinema. Tarbes, "Les NouveautĂ©s", end card. In the mid 90s, then 16 years old, AgnĂ¨s discovered the volatile dust and the ghosts of the past that were hidden in this apostate theater. This phantom bequeathed song the teenager with the gift of her undeniable talent at her first appearance on stage - a high school performance of a guitar-laden ballad sung in Spanish, a language her Andalusian mother has infused her with. On October 14, 2022, AgnĂ¨s returns to the stage, bass in hand and joined by FranĂ§ois Virot (drums), Mocke Depret (guitar), LĂ©a Moreau (keyboard) and the Conservatoire de Tarbes singers to perform the album in it's entirety.