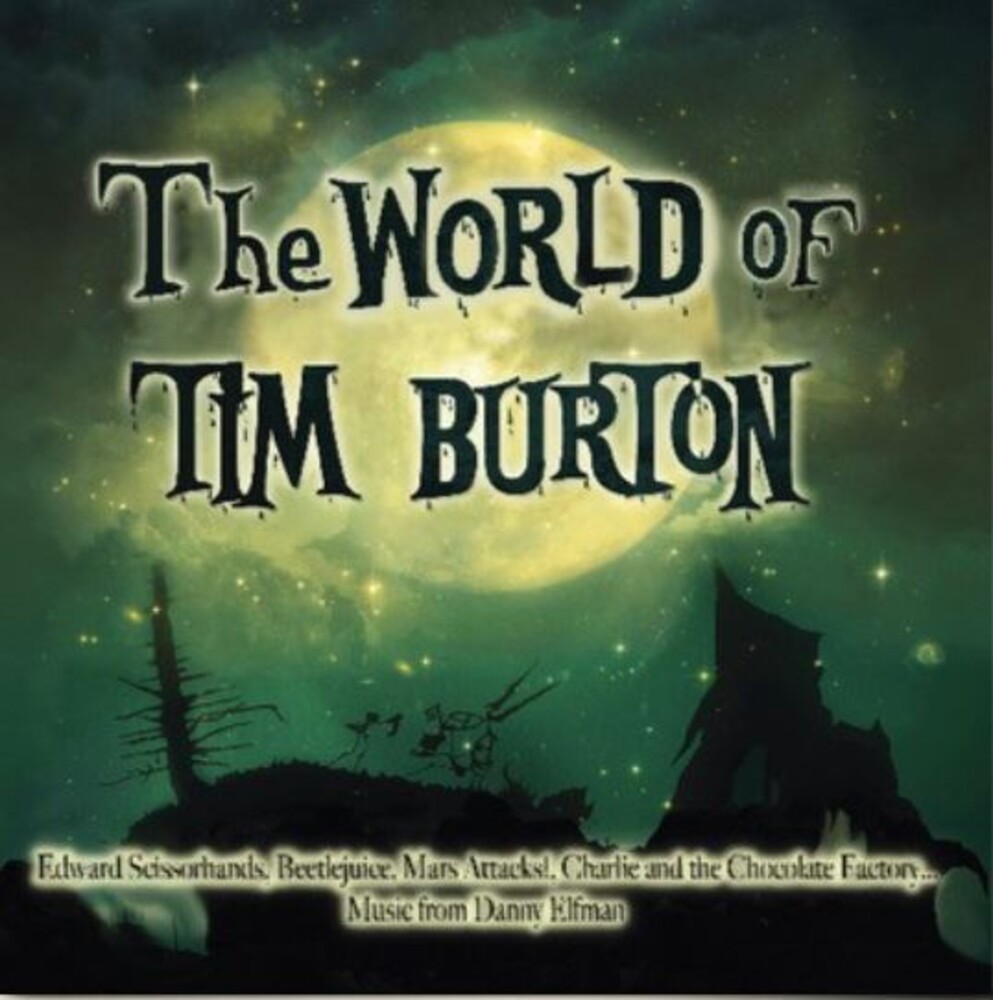 The songs are drawn from the cult films that launched Johnny Depp's career: "Edward Scissorhands", to his latest masterpiece: "Alice's Adventures in Wonderland".The collaboration between Tim Burton and Danny Elfman is one of the most successful in Hollywood. This duo has allowed conveying this distinctive imagery created by the former Walt Disney cartoonist, who has become, today, the undisputed master of fantasy and strangeness.Danny Elfman (also known for the famous Simpsons' generic/film credits) remains the composer who, better than anyone, has been able to transcribe the universe both dark and fairy of his favorite director. His music draws it's inspiration from Edgar Allan Poe's novel, German expressionism and from the Hammer's cult movies.This vinyl offers an hour of music to immerse yourself into Tim Burton's phantasmagoric universe: from the hypnotic and quirky theme of Willy Wonka (Charlie and the Chocolate Factory) to the disturbing atmosphere of Gotham City (Batman). This album pays tribute to both Tim Burton's cinematographic work and Danny Elfman's musical genius.