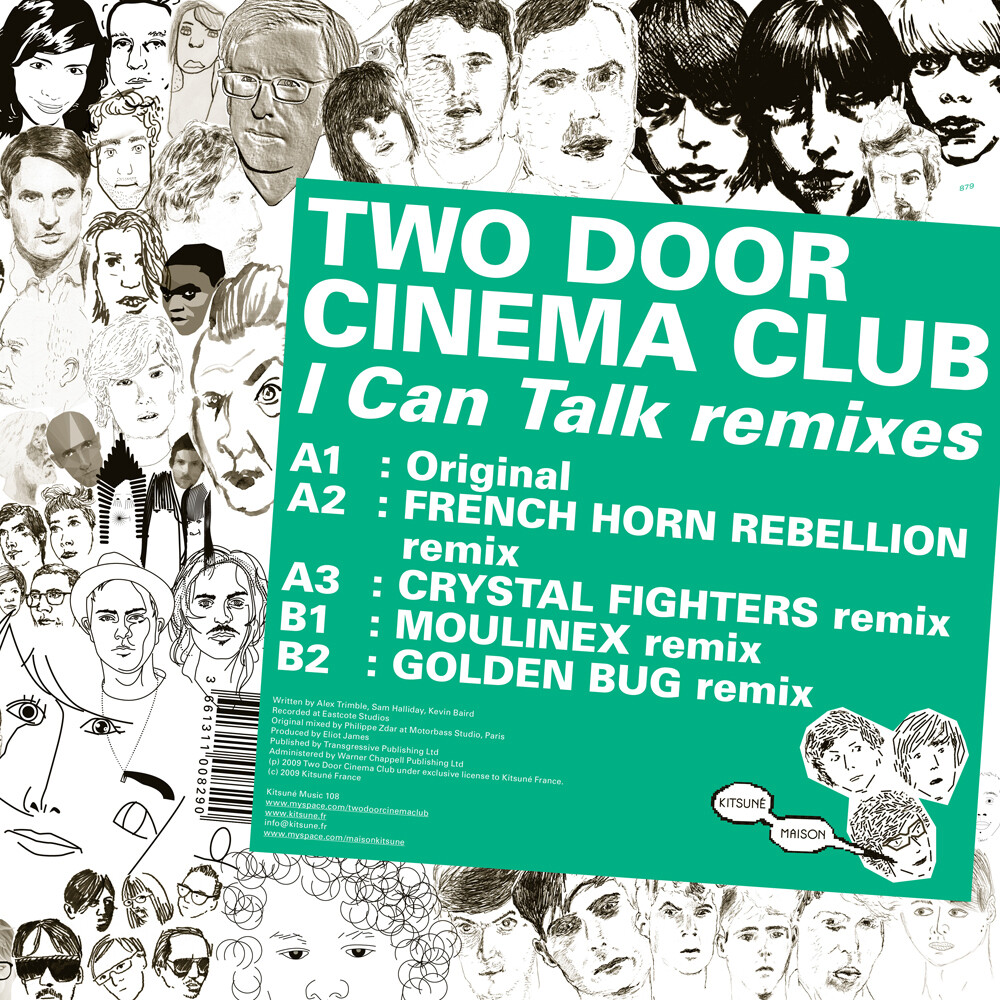 Mixing electronic Polish with guitar-driven hooks à la Phoenix and the Postal Service, Bangor and Donaghadee, Northern Ireland's Two Door Cinema Club feature singer/guitarist/programmer Alex Trimble, guitarist/singer Sam Halliday, and bassist/singer Kevin Baird. Trimble and Halliday met in school, and met Baird through mutual friends.The trio began playing as Two Door Cinema Club in 2007 and skipped going to university to focus on the band. Fortunately, the gamble paid off - the band's debut EP, Four Words to Stand On, was released in January 2009 by the hip French label Kitsuné to positive reviews and music blog buzz, which grew with the release of April's single 'Something Good Can Work.' That summer, Two Door Cinema Club recorded their debut album in London's Eastcote Studios with Eliot James, which they mixed with producer Philippe Zdar in Paris that fall.The group's remixes of Phoenix's 'Lasso' and Chew Lips' 'Salt Air' also appeared that year, and by 2009's end, the group was among the acts featured in the BBC Sound of 2010 Poll. Another single, 'Undercover Martyn,' arrived in January 2010, shortly before the band's first full-length Tourist History was released.In 2012, Two Door Cinema Club returned with it's sophomore album, the Jacknife Lee-produced Beacon. Generally well-received, the album hit the number one spot on the Irish album charts, and number two in the United Kingdom. It featured the two singles 'Sleep Alone' and 'Sun,' and preceded a short documentary about the band, entitled What We See, which followed the trio on tour during the summer of 2012.