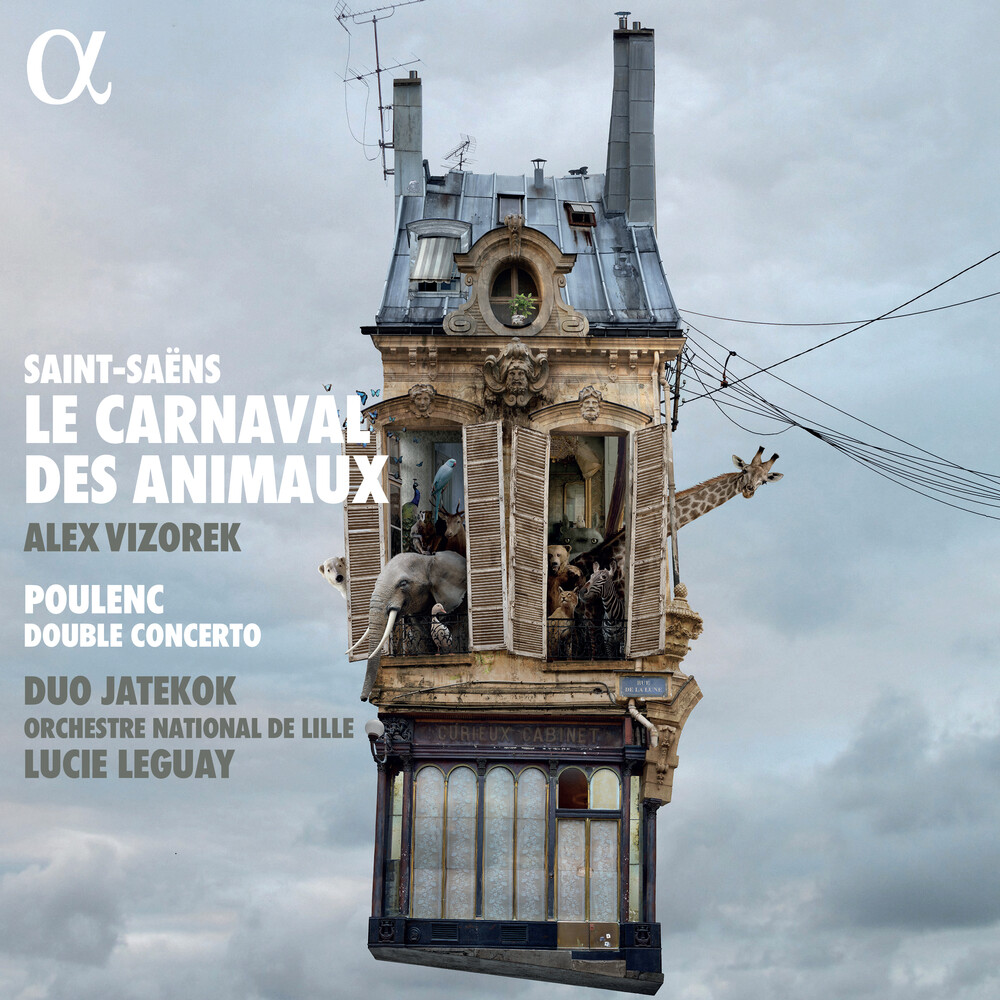 Alex Vizorek revisits Saint-Saëns's Carnival of the Animals. The French composer never imagined that his bestiary would become one of the most famous works in musical history, a staple repertory piece on a par with Prokofiev's Peter and the Wolf. The Belgian comedian and actor has rewritten the text of this 'grand zoological fantasy', which he narrates here alongside Duo Jatekok and the Orchestre National de Lille under the direction of Lucie Leguay. The work's 'crazy and poetic drollery' takes in the 'Royal March of the Lion', the 'Hens and Cocks', the mysterious 'Hemiones', the motley procession of 'Turtles', 'Elephant' and 'Kangaroos', the famous 'Aquarium' which gave the Cannes Festival it's signature tune, and of course the celebrated 'Swan'. 'When human beings keep their distance, animals are happy', concludes Alex Vizorek. To celebrate the centenary of Saint-Saëns's death in 1921, Duo Jatekok also presents another of his biggest hits, the Danse macabre, in it's version for two pianos. Naïri Badal and Adélaïde Panaget, the orchestra and Lucie Leguay bring this colorful parade to a close with Poulenc's flamboyant Concerto for Two Pianos, premiered at the Tenth Venice Biennale in 1932.