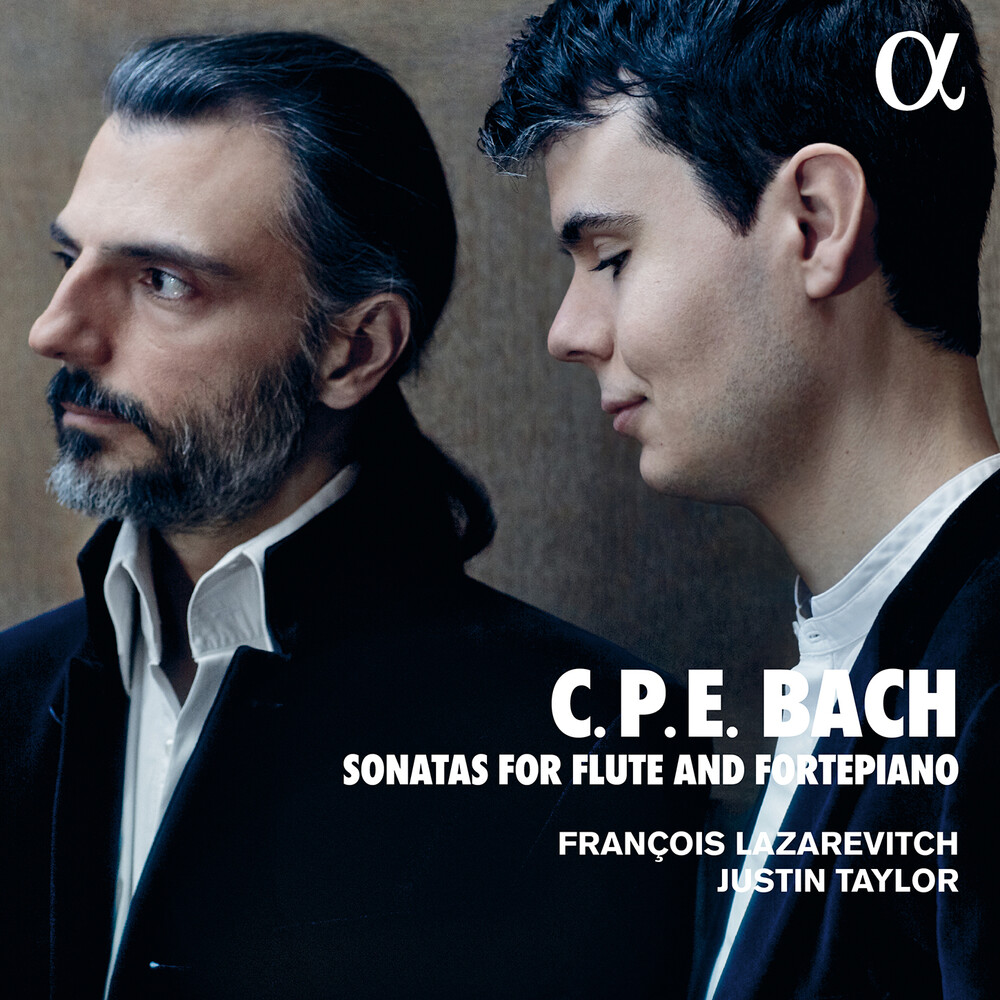 With these sonatas by C. P. E. Bach, François Lazarevitch continues the exploration of the jewels of the flute and recorder repertory he has embarked on with Les Musiciens de Saint-Julien or as a soloist with recordings of music by Bach, Telemann, Vivaldi and van Eyck. François Lazarevitch and Justin Taylor now bring their sensitivity and virtuosity to bear on the sonatas for flute and obbligato harpsichord of Carl Philipp Emmanuel Bach. The majority of these works date from the years 1745-66, when he was in the service of the flute-playing King Frederick II. Two solos complete the program: the famous Sonata in A minor for unaccompanied flute and the Fantasia in F# minor for keyboard, which testifies to Emanuel's improvisational artistry. Situated at the epicenter of the Enlightenment era, Bach's second son was the key figure of Empfindsamkeit (Sensibility), the movement that explored the deep and unfathomable stirrings of humanity and nature, countering the learned style of the early eighteenth-century masters with freedom of inspiration and hence emancipation of form. The artist now sought above all to express the impulses of the soul, displaying unexpected traits that sometimes verge on the bizarre.