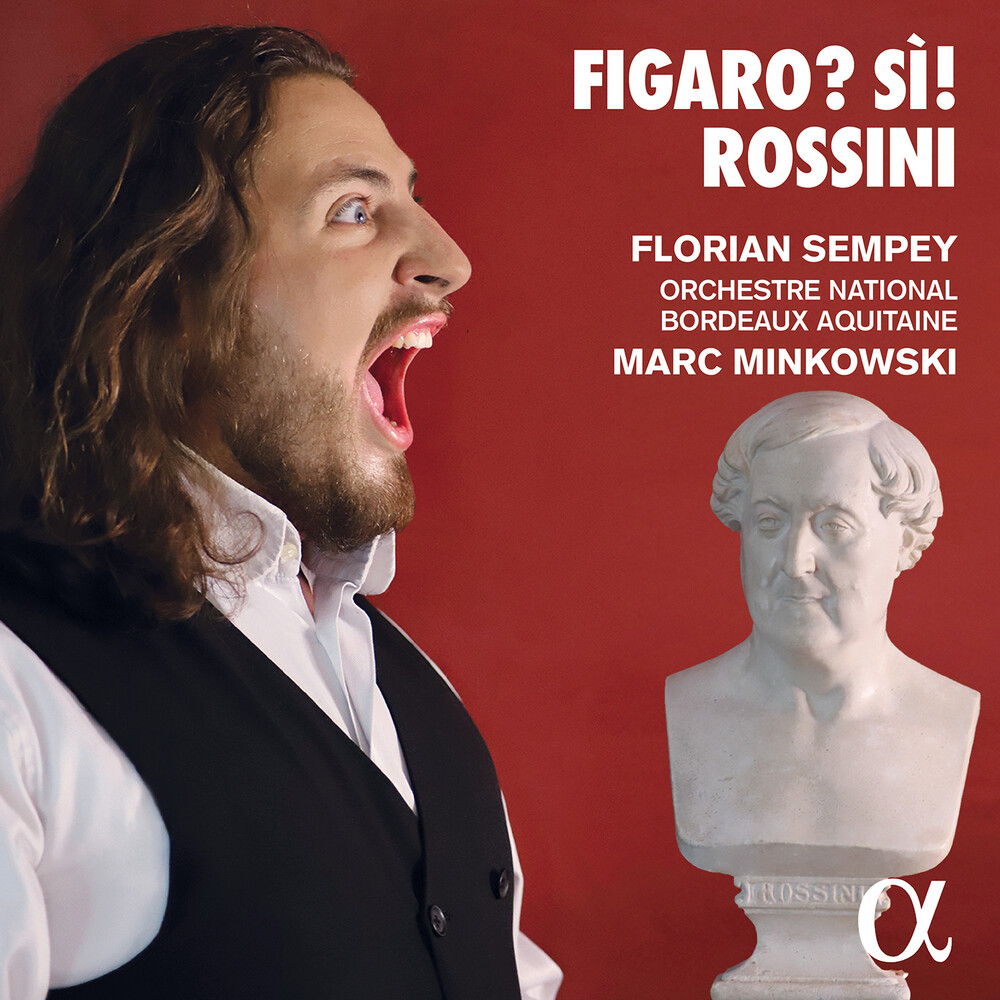 The French baritone Florian Sempey has established himself as a key player on today's operatic scene. For his first solo recital, Rossini was the obvious choice, first of all because he has already performed the title role in Il barbiere di Siviglia in the leading opera houses, from Paris to London, and of course by way of Orange and Pesaro. But there is another reason: 'Rossini was the first composer's name I heard in my life. At my grandparents' house, there was a bust above the piano, on a little rococo display stand' - the bust that appears on the cover of this album. 'Rossini's music is a challenge for singers and also a great and very strict technical training for them. It calls for the highest standards and degree of precision. This program presents arias in French and Italian, mingling the most famous (including Figaro's 'Sono il factotum') with rarities such as Germano's aria from La scala di seta and Don Parmenione's from L'occasione fa il ladro. It also includes magnificent duets with two dream partners, Karine Deshayes and Nahuel Di Pierro. And who better to conduct the Orchestre de l'Opéra National Bordeaux Aquitaine than the accomplished Rossinian Marc Minkowski, who gives this music an inimitable sparkle?