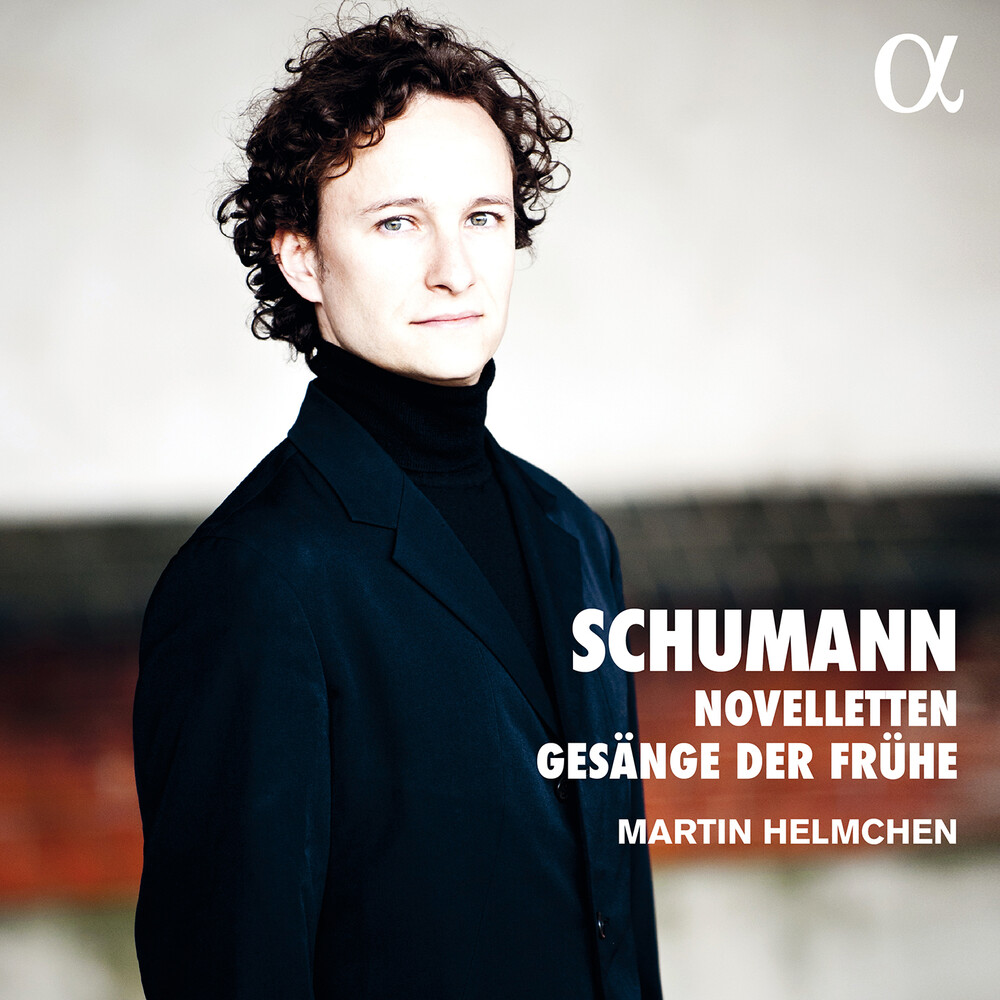 Schumann was twenty-eight years old when he composed in 1838 a cycle of eight pieces for piano, the Novelletten (Novelettes) op.21. This impressive, highly virtuosic set was dedicated to the pianist Adolf von Henselt, whose spectacular playing and technique were often compared to those of Liszt. Presented by the composer as 'long, bizarre tales', the Novelletten were written around the same time as the Kinderszenen, two years before his marriage to Clara, to whom he confided: 'I have written a frightful amount of music for you in the last three weeks - light-hearted pieces, Egmont stories, family scenes with fathers, a wedding, in short, the most amiable things.' Martin Helmchen has taken up this cycle (with the addition of Robert's Gesänge der Frühe and three excerpts from Clara's Soirées musicales) with all the passion and virtuosity for which he is famed. He was determined to record this program on a Bechstein pianoforte, in order to capture as many of the colours of this flamboyant musical kaleidoscope as possible.