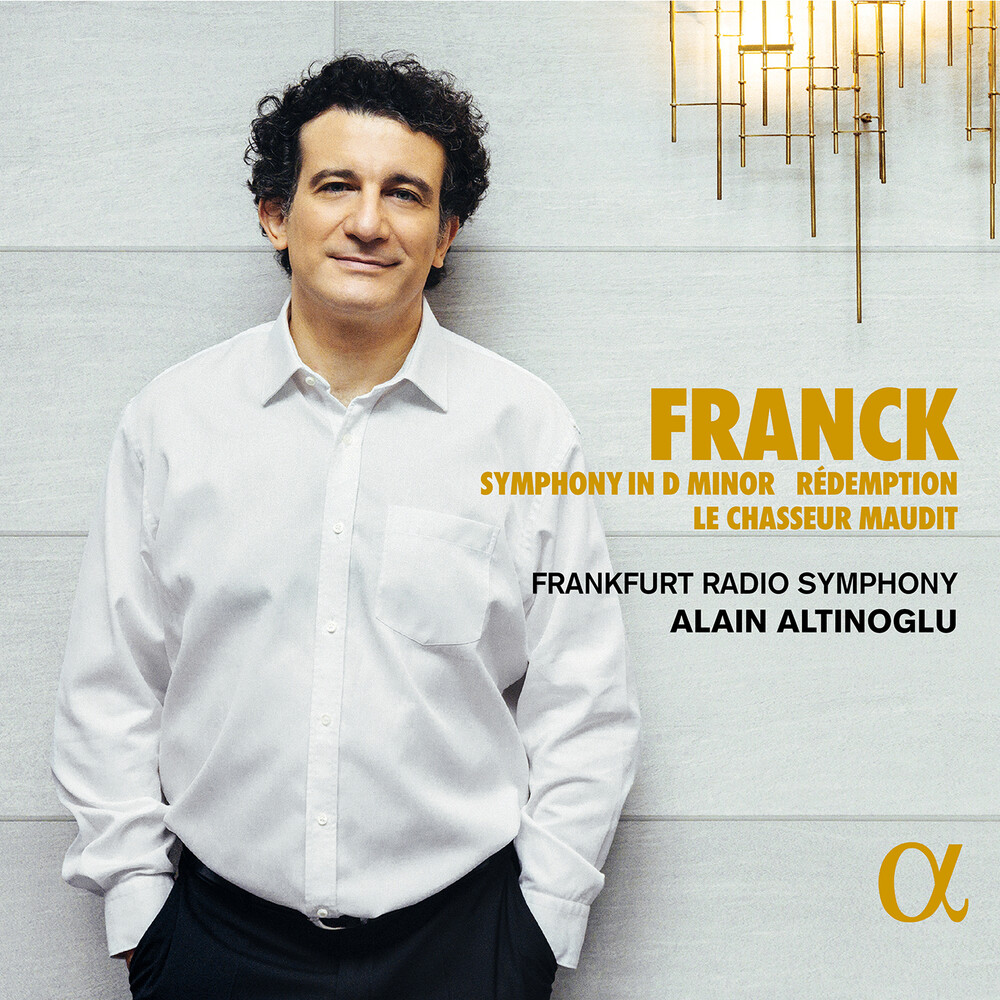 This recording marks the beginning of the collaboration between the Frankfurt Radio Symphony Orchestra and it's new music director, the French conductor Alain Altinoglu, who conducts the leading European and American orchestras and has made a reputation for himself in every repertory - not forgetting opera at Salzburg, Bayreuth, and La Monnaie in Brussels, where he is music director. Their first disc pays tribute to a composer whose bicentenary is celebrated in 2022, César Franck, with the famous Symphony in D minor and two less well-known works, presented in new editions: the symphonic poem Le Chasseur maudit (1882) and the large-scale symphonic interlude from the oratorio Rédemption, composed in 1872 after the Paris Commune, performed here in it's first version, long considered lost.