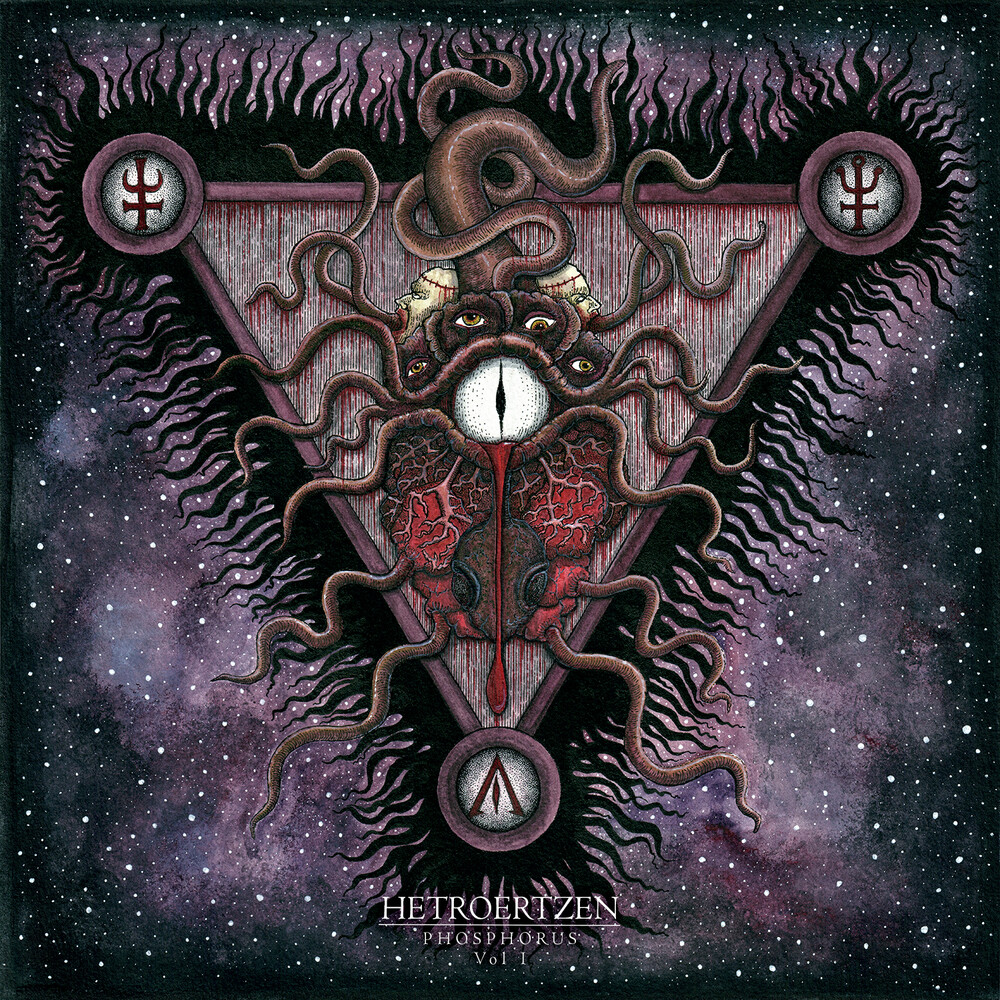 Initially started as a a solo project until Deacon D.   was joined by guitarist Åskväder   in September 1999.   After an hiatus HETROERTZEN  resurfaced   in Sweden in 2009 with the release of   'Exaltation Of Wisdom' issued on their own imprint   Lamech Records. That album put  forward the band's early interest in the occult, Gnosticism and Illumination. 2016 saw the release of their critically acclaimed ' Uprising of the Fallen' previous album, HETROERTZEN are now releasing their brand new album entitled ' Phosphorus Vol 1' for a late Spring release on Listenable. HETROERTZEN comment about 'Phosphorus Vol 1' :  " A  new day has come to pass. A new ray pierces the veil of darkness and  confusion. A new gem feeds  the astonished sight and yet we walk  through times of uncertainty before facing the switching Era... After  five years of silence and lots of work, Hetroertzen   finally give you the first  Volume of 'Phosphorus', which is  the crown for our latest Opus or the  new Sephira in our artistic/spiritual development. This  is in fact a strong title, taken from the Vampiric-eucharistic ritual  of the "Ecclesia Gnosticae"  (Gnostic Church) which inspired the  "Libation" passage in the Order of the Knight Templars; and  even  in the Catholic Mass later on. "Unless  You Eat the Flesh of the Son of Man and Drink His Blood You Have No  Life In You" The  Royal Art or the Dragon's Arts are present more or less in any  occult teaching as Alchemy aims to  conjoin separated ways into the  quintessence of "Holy Marriage".