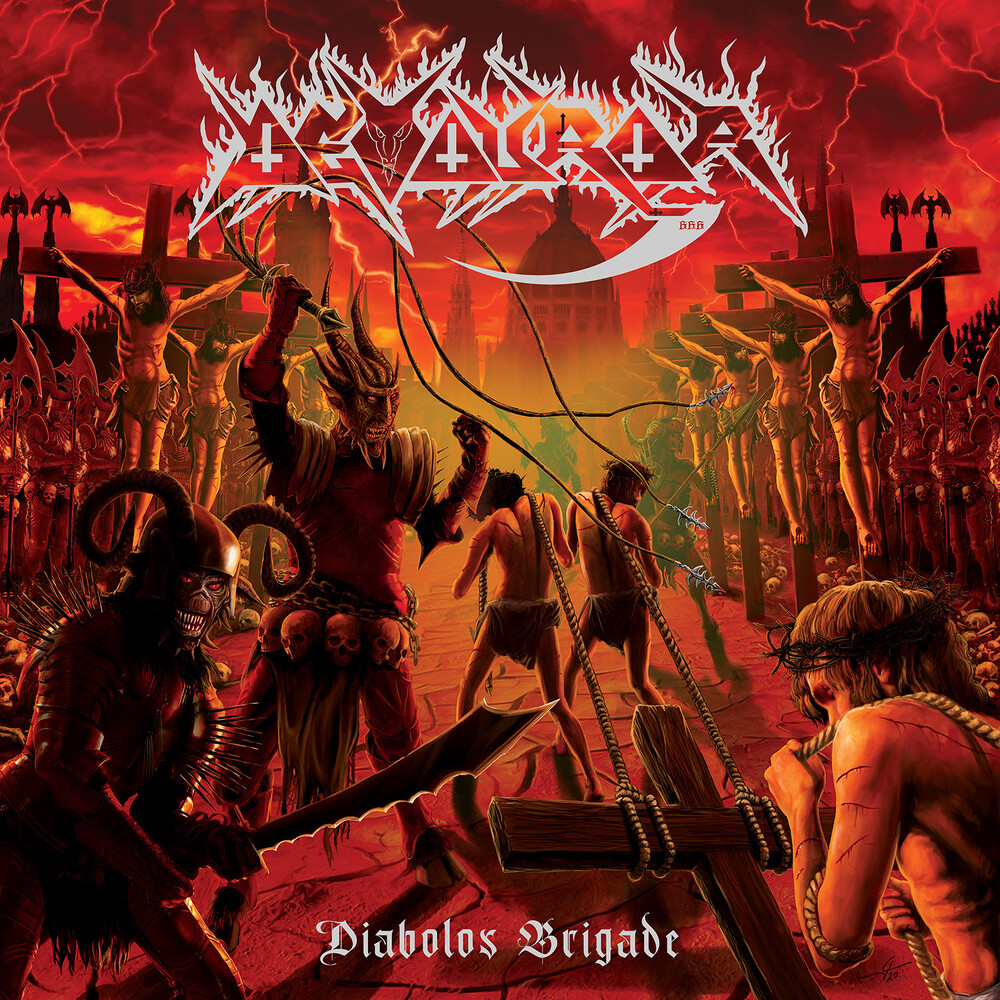 Forged in Hell's Fire, November 2018 Singapore, by SHYAITHAN - Guitars (also from  IMPIETY). The band at present consists of long time komrades  HADES - Vocals  (also from and founder of BATTLESTORM), ASURA - Guitars (also from and founder  of DEUS EX MACHINA), CRYPTOR - Bass (ex-founding member of DEMISOR) and lastly  DIZAZTER on Drums (also from IMPIETY/ DEPRAVITY). XUL ANTICHRISTO from INFERNAL  EXECRATOR  held Vocal duties at the very beginning, but had to leave after the  first EP recording due to his tight schedule (work commitment).Devouror  defines it's sonic wrath arrogantly as 'Bestial Deathcult Warfare' with late  80s/early 90s influence from Possessed, Sarcofago, Necrovore,  Blasphemy, Death,  Sodom. With this being said, Devouror is Not a project of sorts, but a brutal 5  Beast Blackened Metal of Death Squadron that  scoffs, hacks and slays the rest  of mediocre rubbish that currently saturates the underground. All members are Veteran  Diehards with filthy back-grounds of over 25 long years of dedication and  commitment raising the old glorious flag of unholy Black Death!