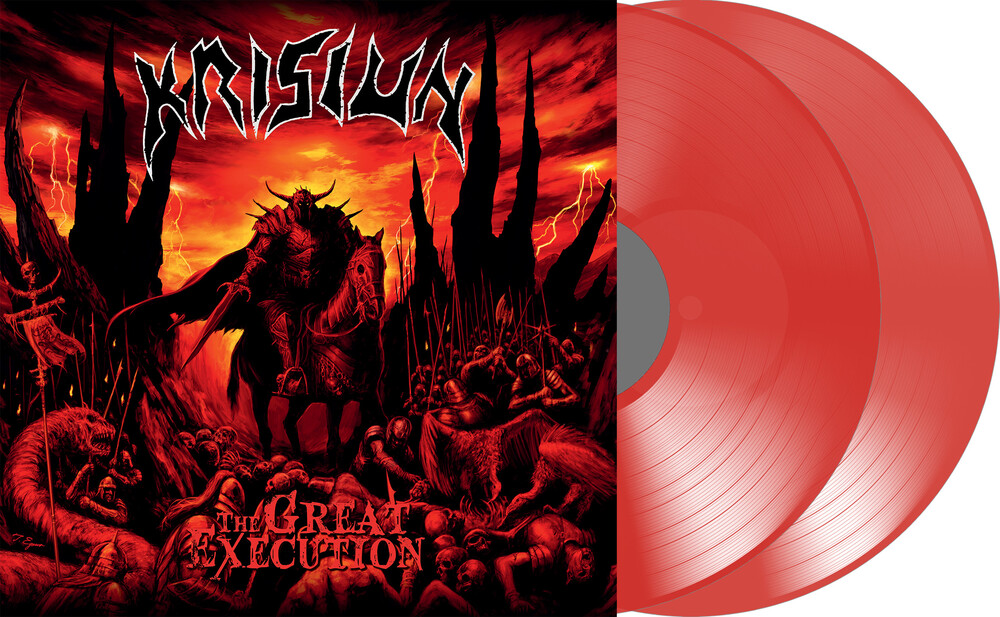 Krisiun is a Brazilian death metal band, founded by brothers Alex Camargo (bass, vocals), Moyses Kolesne (guitars) and Max Kolesne (drums). Since it's formation in 1990, the group recorded two demos, Evil Age in 1991 and Curse of the Evil One in 1992, and self-released an extended play (EP) titled Unmerciful Order in 1993. After signing with Dynamo Records (a Brazilian label), Krisiun released the debut full-length 'Black Force Domain' in 1995, followed by 'Apocalyptic Revelation', in 1998 and 'Conquerors of Armageddon' in 2000. They signed with Century Media in 1999, releasing a further eleven full length studio albums, the band's brand new full length album 'Mortem Solis' is out now on CenturyMedia /Sony.Krisiun vinyl catalog has been sold out for many years and much sought after, now available again from Listenable records in updated lay outs and specially mastered, released in limited edition coloured vinyls with bonus tracks !