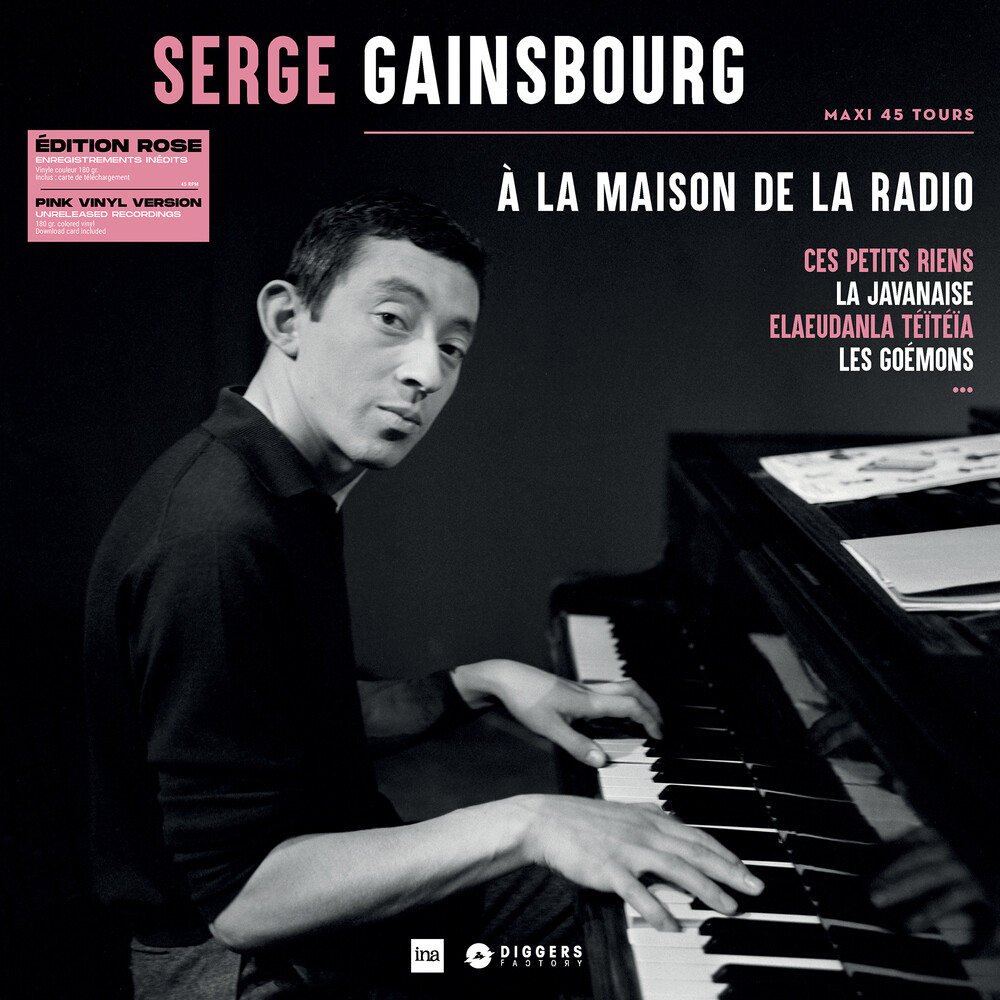 In 1964 and 1966, when Serge Gainsbourg participated in two public recordings at the "Maison de la Radio", he was undoubtedly the outstanding protagonist of the evening. It was on this night, according to his own words, that his "blue period" came to an end. This period was characterized by left-bank songs, tinged with notes of jazz and exotic rhythms. Gainsbourg remains the master of chiaroscuro, double meaning, and is a true poet with caustic irony. In these eight moving songs, Gainsbourg adopts the figure of the disappointed lover as well as the one of the cynical disillusioned man, accompanied by notes of piano or by a guitar and a double-bass. These original recordings perfectly summarize the first decade of his career. Find these previously unreleased records on limited edition pink vinyl.