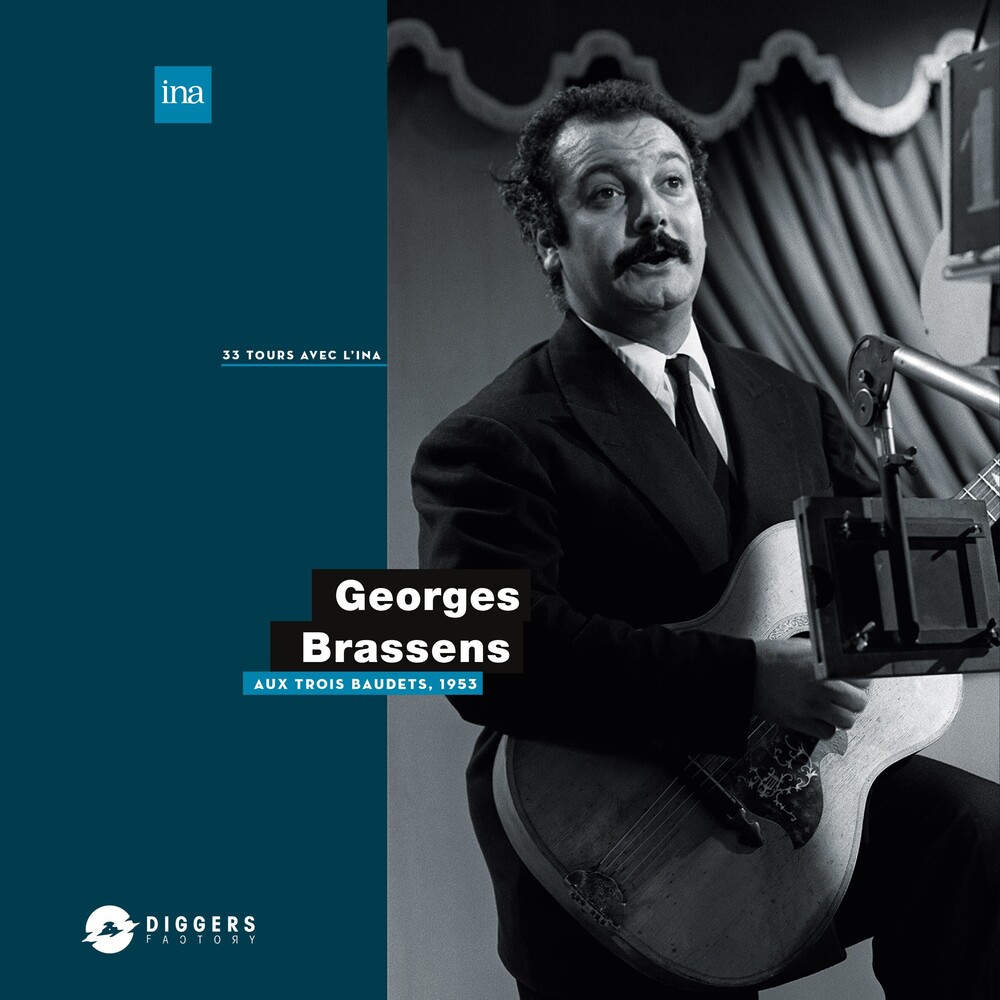 In November 1953, when the RTF recorded Georges Brassens at the Trois Baudets, it did not two years he has been singing in public. After a visit to Patachou, who literally pushed him on scene at the beginning of 1952, Jacques Canetti hired him in his small theater where he quickly went to make a name. There he sings his first songs alone on the guitar: real little bombs in the righteous France of the time. You have to imagine him on stage, in his thirties, the build of a wrestler, the hair bushy, raven-black mustache, uneasy, sweating and grumbling, moaning especially against 'That radio bullshit' that came to 'piss him off' with his devices and his demands! This recording, of which we do not know the station or the broadcast date, is moving testimony to the birth of an immense artist whose poetic and musical genius is today unanimously recognized.