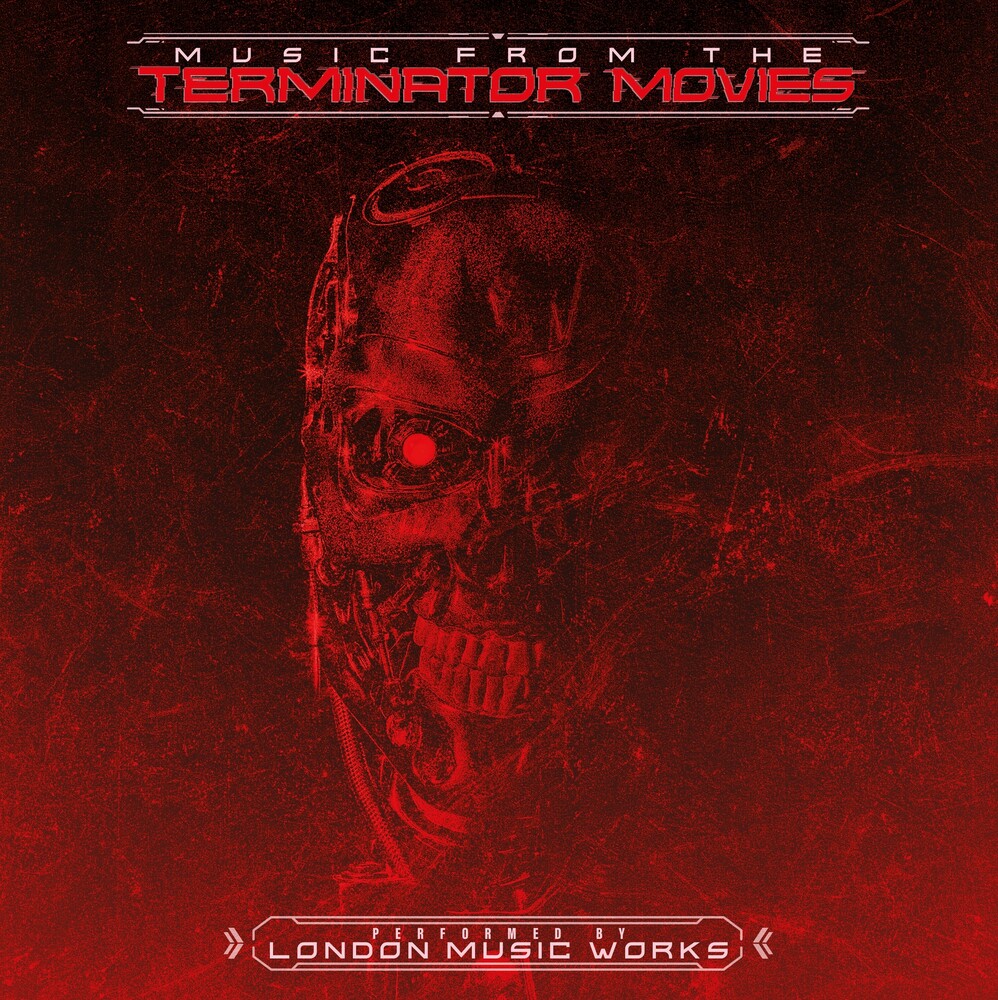 Music From the Terminator Movies, featuring music highlights from composers Brad Fiedel, Marco Beltrami, Danny Elfman, Lorne Balfe and Tom Holkenborg AKA Junkie XL. Scoring for the Terminator franchise has come full circle and with this new album, London Music Works curates it's musical journey. The album follows the scores chronologically, opening with Brad Fiedel's pre-MIDI age synth clash between human and machine In Terminator and Terminator 2. Fiedel's score is followed by Marco Beltrami's predominantly orchestral backdrop in Terminator 3: Rise of the Machines. Danny Elfman's Terminator: Salvation score pulls back from the orchestral sound and morphs into a sensual man-machine contrast. In Terminator: Genisys, Lorne Balfe picks the vintage synth sound of Terminator 2, whilst creating his own fantastical soundscaping. The score for Terminator: Dark Fate shows the respect Tom Holkenborg (AKA Junkie XL) pays to Brad Fiedel and his iconic 1984 theme. Here, Holkenborg has updated Fiedel's work, with writing for, and performing on synthesizers from the 2010s, and as such the statements of the theme in this score have a richer, almost organic electronic sound. The hugely successful Terminator movies centre on the battle for survival between humans and the world-spanning synthetic intelligence that is Skynet. The sci-fi action-adventure series was created by director James Cameron, starring Arnold Schwarzenegger as the Terminator, a cyborg assassin. The first film was shown in July 1991 and since then the films, the 1984 main music theme, Arnold Schwarzenegger's Terminator and Linda Hamilton's feminist icon Sarah Connor have all achieved cult status.