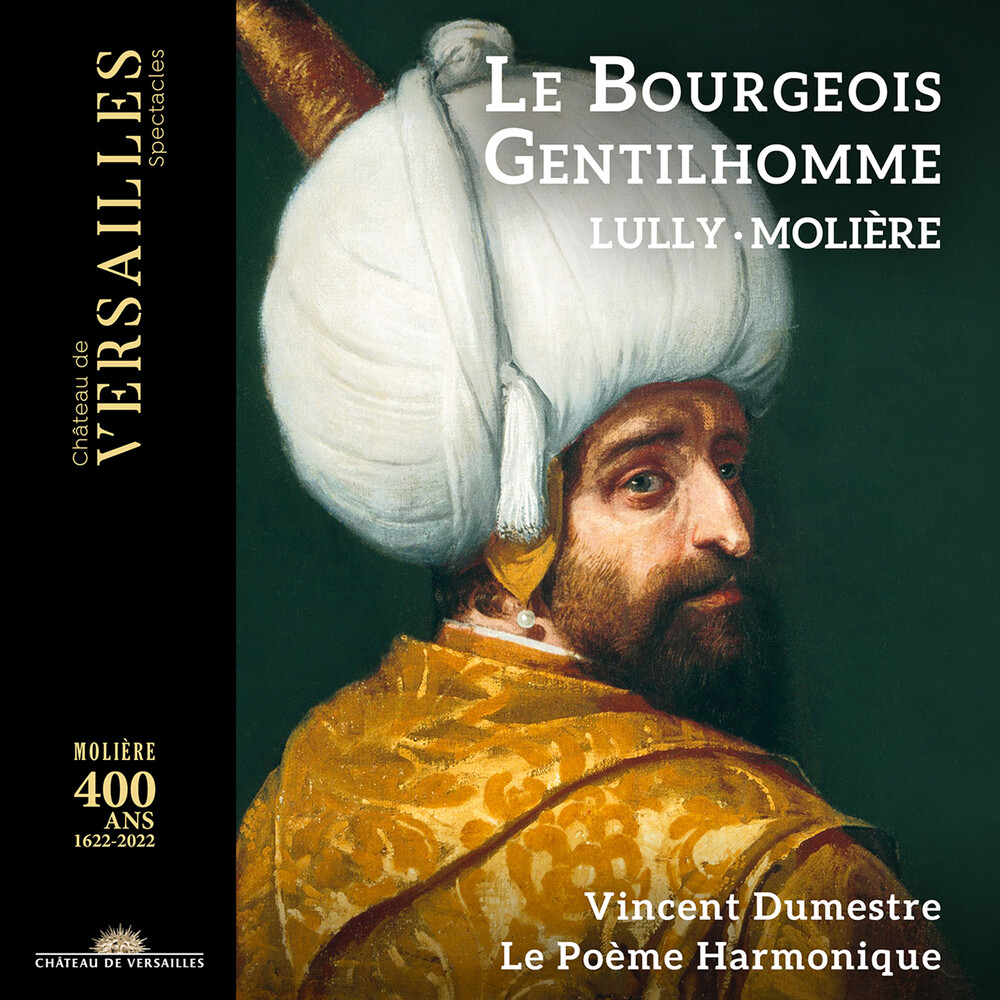 In 1670, Molière and Lully presented to the King Le Bourgeois Gentilhomme, a sumptuous Comédie-Ballet performed by Molière's Troupe, with musicians conducted by Lully, ballets by Pierre Beauchamp, scenery by Carlo Vigarani and Turkish costumes by the Chevalier d'Arvieux. The work was inspired by the ambassador Soliman Musta Aga-Feraga, whom Louis XIV had just kept waiting for long weeks before receiving him, provoking his exasperation which amused the King and the courtiers' sneer, the whole of Paris mocking the outlandish mores of the envoys of the Great Turk. The idea came to Molière of a plot based on fake Turks, ridiculing a Bourgeois aspiring to nobility: thus, a masterpiece was born, with the dazzling Cérémonie Turque, and at the end a sumptuous Ballet des Nations. The magnificent music of this pillar of French theatre is recorded here in it's entirety for the first time by Vincent Dumestre: Glory be to Lully and to Molière!