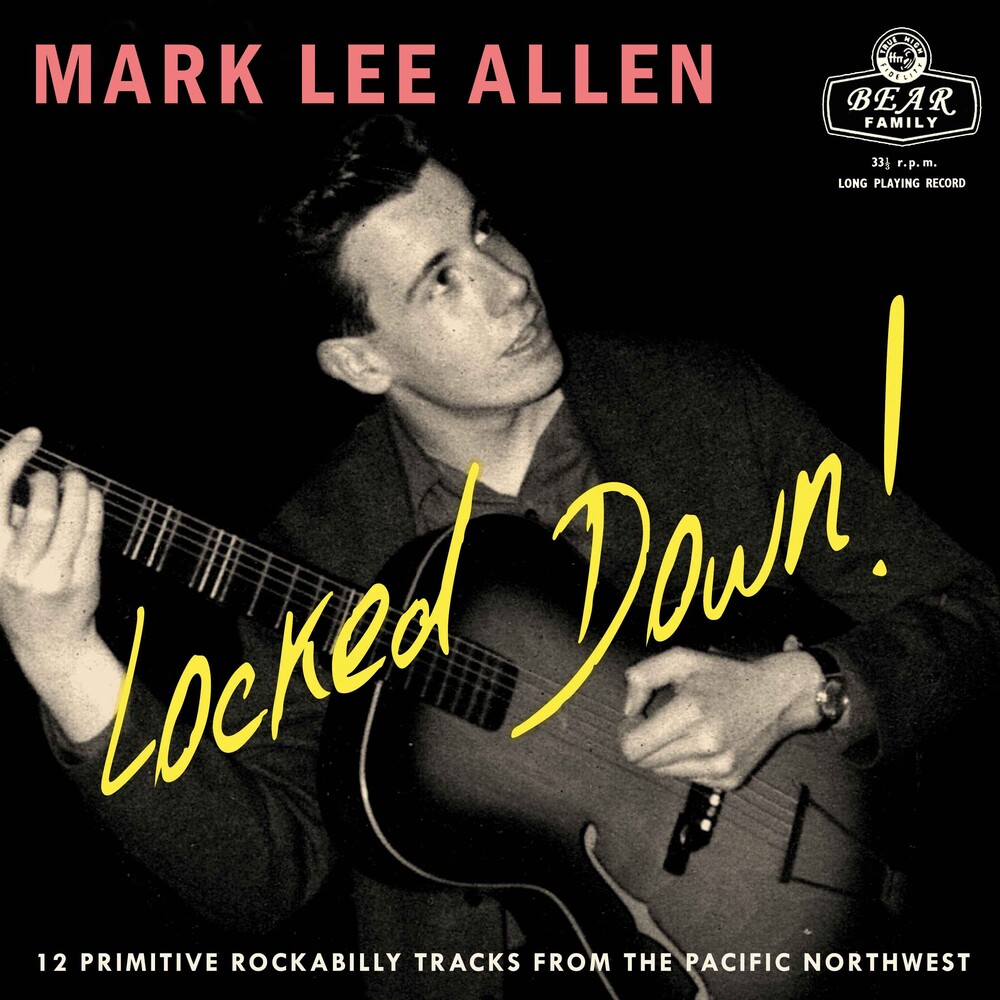 Meticulous British vinyl collector (45RPM singles), rockabilly expert, author and musician, living in the USA since the early 2000s.Recordings made in his private studio during the 2022 lockdown, his signature trashy versions of his favorite numbers, wacky and obscure gems out of music history.A vinyl album on Bear Family Recordsr full of original rockabilly highlights, raw, weird, edgy, manic.A killer album for people who know what authentic feelings and power can be found in dirty, primal rockabilly.Exquisite low-print 10" vinyl LP with Mark Lee's own and very personal liner notes and annotations on each track. Terrific!The initiated hep cat, rockabilly enthusiast, or fiendish 45 collector might not need an introduction to Mark Lee Allen. However, all others should know that Mark Lee Allen is amongst the avant-garde of today's rockabilly retro-garde enthusiasts. His peers revere Allen's knowledge and respect him for unearthing scarce and impossible vinyl findings. Mark Lee Allen's claim to fame amongst contemporary collectors and trash-a-billies is based upon his re-issue series: 'Twisted Tales from the Vinyl Wastelands,' a series comprised of conceptualized compilations dealing with Johnny Cash soundalikes, aliens, and other abnormalities. He also re-discovered veteran honky tonker Bill Carter, spawning two releases on Bear Family Records, Bill Carter 'Cool Tom Cat' (BAF14010) and Bill Carter 'Ramblin' Fever - The Complete Recordings 1953 - 1961' (BCD17650).The 'humble son of a bank robber who started playing guitar & making tiny tapes pretending to be a Rockabilly Singer, imagining my bedroom was a recording studio,' as Allen introduces himself on 'Locked Down,' started in English rockabilly bands during the height of the craze in the mid-1980s. After his move to the US in the early 2000s, Allen went full-tilt boogie collecting, trading, and producing his eclectic compilations.