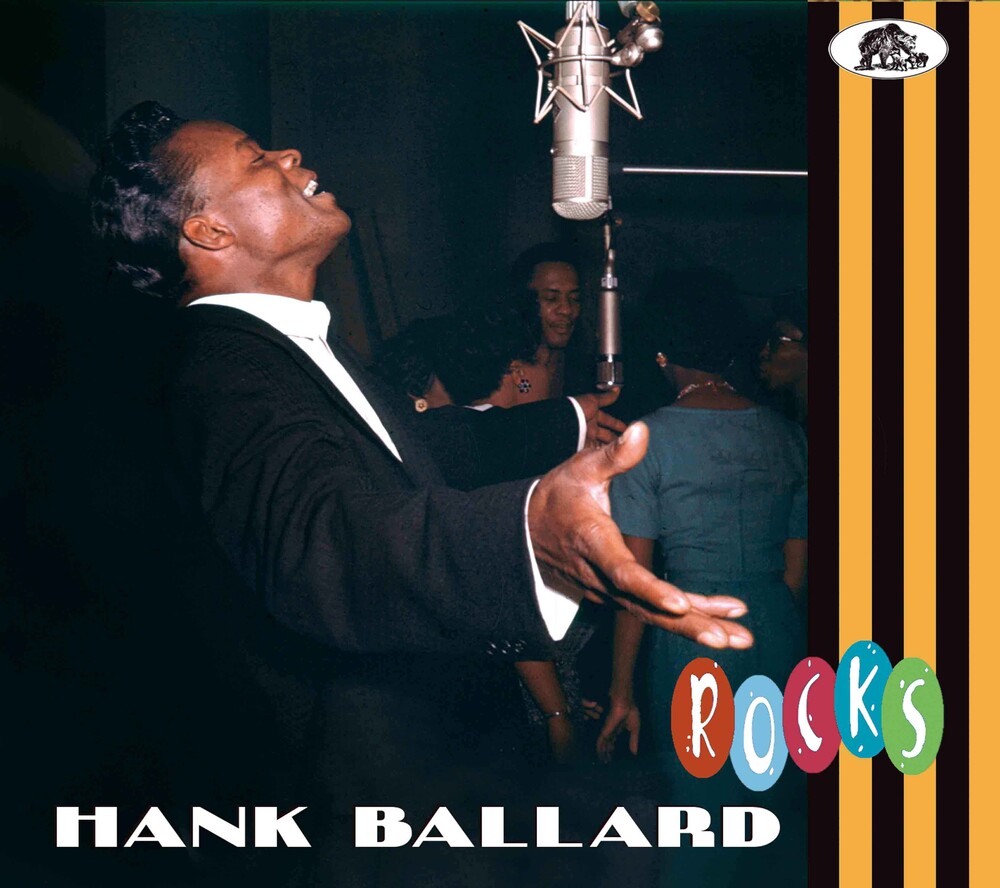 -It was Hank Ballard who, with his band, created The Twist in the late '50s, the greatest dance theme yet invented. -Bear Family Recordsr now dedicates a CD album to Hank Ballard & The Midnighters in the long-lasting 'ROCKS' series. -Ballard had taken the U.S. charts by the mid-'50s with numbers like Work With Me Annie and Annie Had A Baby. -Producer Nico Feuerbach and author Bill Dahl have compiled the most successful and best rocking R&B numbers as well as the stunning twist hits from the King/Federal catalog into an utterly danceable project. -Extensive, lavishly illustrated booklet with expert liner notes by Bill Dahl and carefully remastered recordings from the Gusto Records archives. Early in their long stint at Cincinnati's King/Federal Records, Hank Ballard and his high-stepping Midnighters specialized in risqué double-entendre grinders-Work With Me Annie, it's inevitable sequel Annie Had A Baby, Sexy Ways-that daringly pushed the bounds of propriety as they sailed up the mid-1950s R&B charts like rockets. As the tumultuous decade neared it's conclusion, Hank and his bawdy Detroit-based crew invented the greatest dance theme of 'em all, The Twist, embarking on a slew of additional workouts after that. Both phases of the group's vast recording legacy are represented in abundance on 'Hank Ballard and The Midnighters Rock,' it's highlights also encompassing Finger Poppin' Time, Let's Go, Let's Go, Let's Go, and The Hoochi Coochi Coo. Get out your dancing shoes for this one-Chubby Checker may have ultimately won the Twisting wars, but Hank Ballard and The Midnighters were rocking houses coast to coast long before Chubby ever even saw the inside of a recording studio, and that mindset permeates this disc. When it came to rock and roll dance fare, Hank and his rowdy group were the living end!