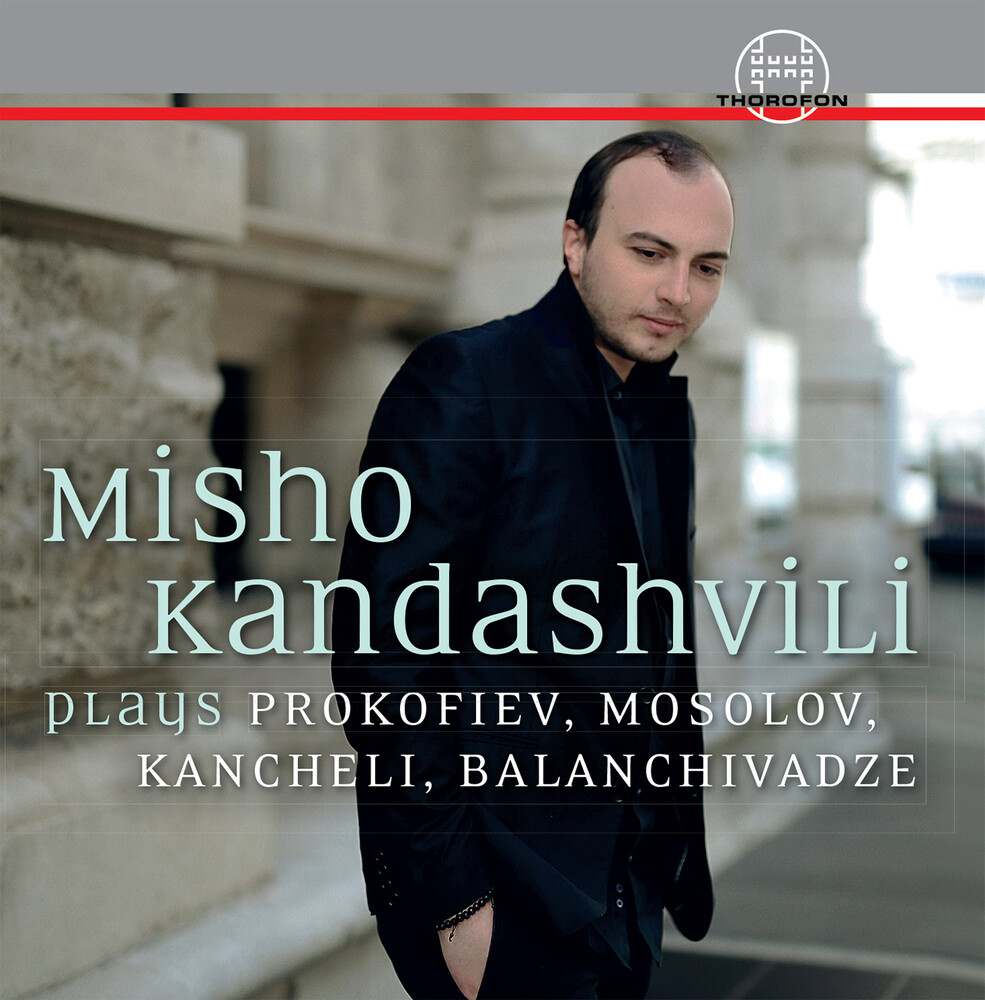 Misho Kandashvili strikes with his combination of delicacy and strength, breathtaking technique and musical sensitivity. Born in 1993 in Tbilisi, Georgia, he began playing piano at age seven and entered the Tbilisi Art School Anastasia Virsaladze, in the class of Irina Boterashvili. Already as a child, he developed a great interest for Bach's music, that helped him improve over the years a very high quality and intelligence in his playing. In 2002, he was the winner of the Contest of Georgia, as well as of numerous national competitions. He performed the Bach concerto No. 3 in 2003, which was the first performance ever of this piece in Georgia. That same year, Mikheil participated in the Georgian-German Young Artists' Festival "Tbilisi 2003" in Tbilisi, and in Schwaigern, Germany, in 2004. On the present release he performs a program of works by Georgian and Russian composers.