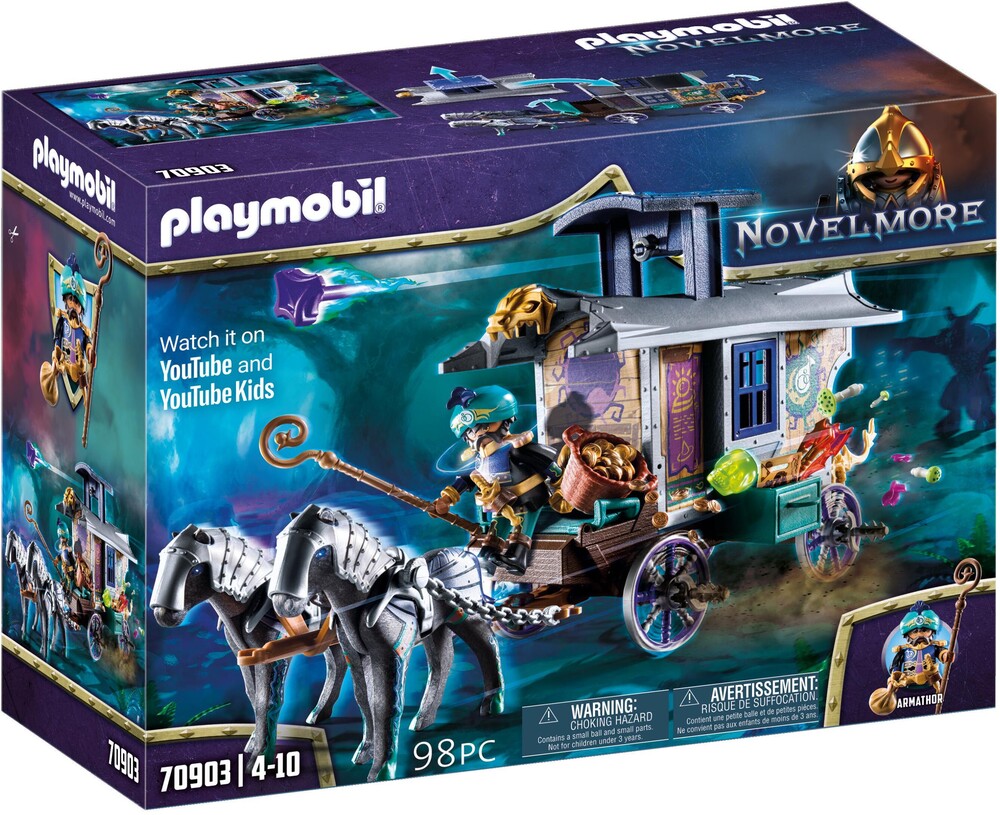 Travel through the vast lands of Novelmore with the Merchant Carriage.

The magician, Armathor, steers the magical team of horses as he looks to do trade with anyone willing to pay the right price. Armathor stows both personal belongings and trade goods in the carriage's various storage compartments. There's even secret storage space for really special items, including a fire axe from the Burnham Raiders, a blueprint from Dario DaVanci, and a magic crystal skull from the depths of Sal'ahari Sands. These items are hidden in a magic chest under the carriage. Then, if the water bucket on the opposite side is pressed down, the compartment is reopened again and the items are gone as if by magic!

The carriage isn't defenseless either - push up the ceiling to reveal a hidden cannon which Armathor can use to fend off robbers.