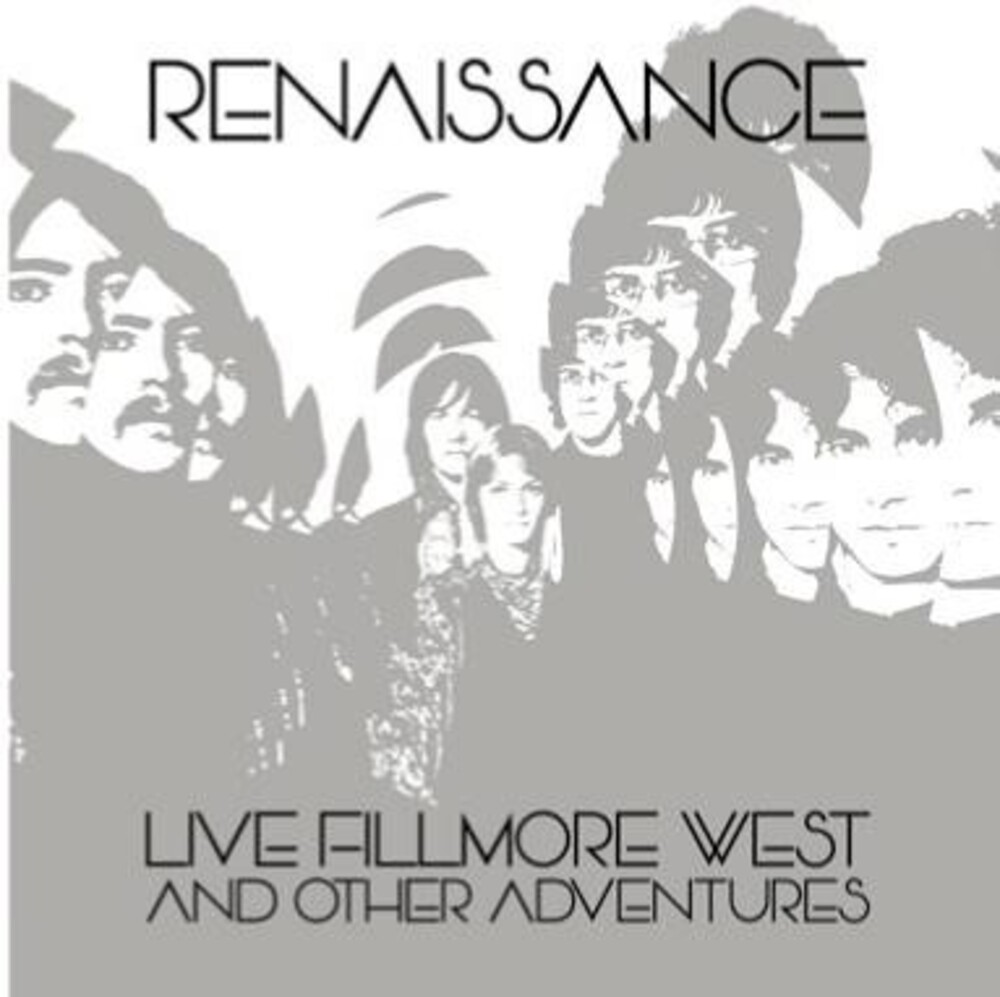 Whether live in concert or on the airwaves, Renaissance captivate with their compelling blend of rock, folk and classical themes. A carefully curated 4CD/DVD set spanning 1969-1971 captures the original Renaissance line-up live in concert and on a selection of radio & TV broadcasts. Over 4 hours of material superbly restored by Eroc - relive performances at Fillmore West, in Cincinnati and at the Rose d'Or festival in Montreux. A bonus disc of rare tracks and demo's by the original line-up completes the set - a must for all Renaissance fans. DVD includes footage from their appearances on German TV's Beat-Club, at the underground music festival Opération 666 in Paris and in a documentary setting. 40-page booklet includes liner notes by Repertoire's Chris Welch with contributions from original band members Louis Cennamo and Jim McCarty. In the wake of the Yardbirds' demise, Jim McCarty and Keith Relf reconvened in the late 60s and devised a fresh musical concept that flourished within the creative spirit of new project Renaissance. Imaginative songs and ambitious arrangements blossomed with the assistance of singer Jane Relf, classically trained pianist John Hawken and virtuoso bassist Louis Cennamo. This important new multi-disc and DVD collection casts a spotlight on the evolutionary period of a now-legendary band. It is packed with fascinating, historic performances from their appearances on BBC radio and top German TV show Beat-Club, as well as rare demo's, instrumentals, European radio broadcasts and a mini documentary. Painstakingly restored and remastered in conjunction with Louis Cennamo and Jim McCarty, this superb release includes extensive liner notes and memorabilia - an unmissable package for both collectors and Prog Rock devotees.