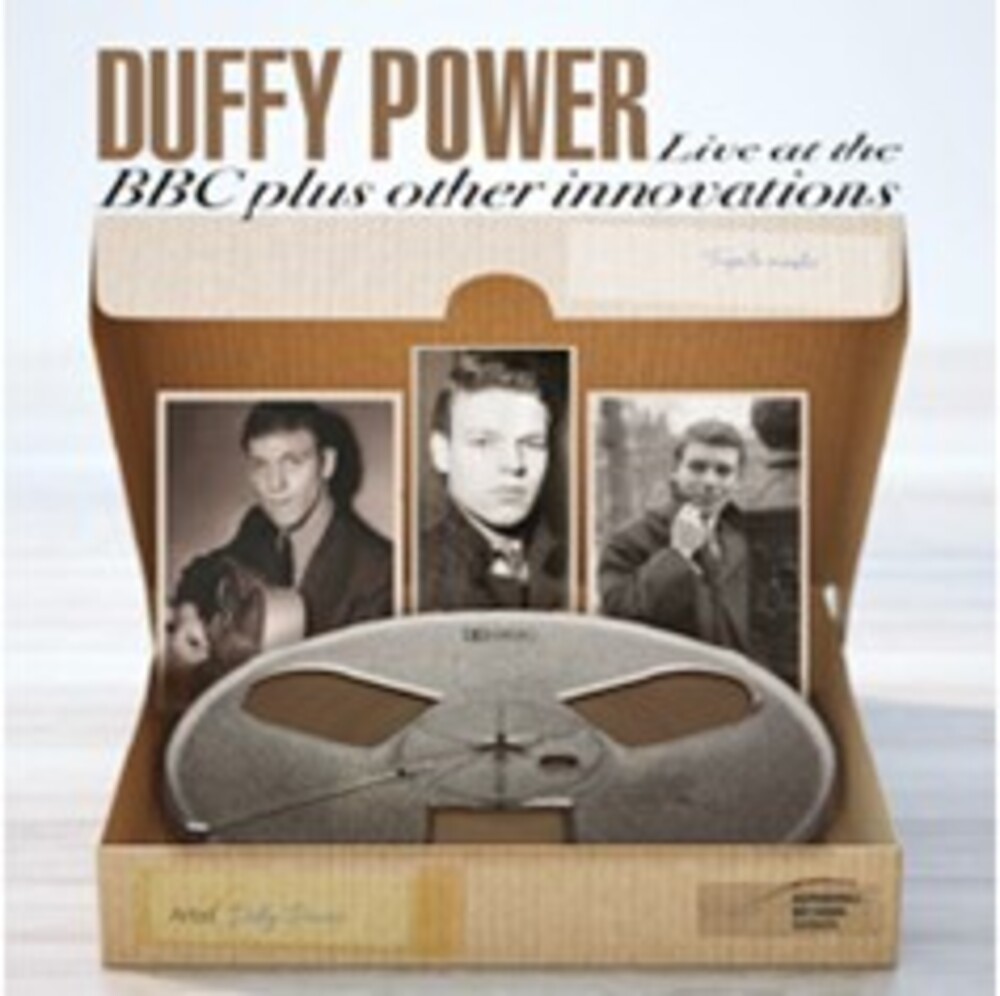 The great unsung British Blues hero recorded live at the BBC together with previously unreleased studio tracks. The most comprehensive collection of Duffy Power's BBC recordings available with sound restoration by Eroc. Showcases Duffy in a variety styles and line-ups with backing by the Graham Bond Quartet, the Fentones and CWT. Disc Three comprises unreleased studio recordings from the 90s/00s which cement his reputation as a Bluesman. Liner notes by Duffy collaborator/producer Pete Brown also include detailed annotation by compiler and archivist Colin Harper. Du-ffy Power (1941-2014) was among Britain's -first wave of late 50s rock'n'rollers, a protégé of impresario Larry Parnes alongside Billy Fury, Marty Wilde and Georgie Fame. In 1963 a musical epiphany saw him become one of Britain's greatest bluesmen - a singer, songwriter and harmonica virtuoso whose career thereafter would be a rollercoaster of amazing recordings, o /on record deals, and periods of withdrawal before bowing out of music-making in 1973. In the mid-60s, Duffy recorded with future members of Cream, Pentangle and the Mahavishnu Orchestra. He never had any problem impressing fellow musicians, but a wider appreciation of his work would only come in the era of CD reissues and anthologies. This 3CD Live At The BBC set adds to the legend of Du y Power. Beginning with a 1963 session backed by the Graham Bond Quartet (Bond, John McLaughlin, Jack Bruce, Ginger Baker), it more than doubles the content on Power's only previous BBC set, Sky Blues (2001), adding performances from the 60s and 70s - including a 1971 Mike Raven session backed by Rod Argent - and ending with his last-known BBC session, a full-band set in 1997 for Paul Jones. In between, we have blues, jazz, soul and stadium rock, in the form of a 1973 session for John Peel with hard rock trio CWT. The third disc adds 11 non-BBC tracks (nine previously unreleased, two rare) from two periods of potential comeback sessions in 1995 and 2000-01, including four original songs not previously published. Songwriting legend Pete Brown, who produced the 1995 session, provides the booklet essay, with additional notes from Colin Harper.