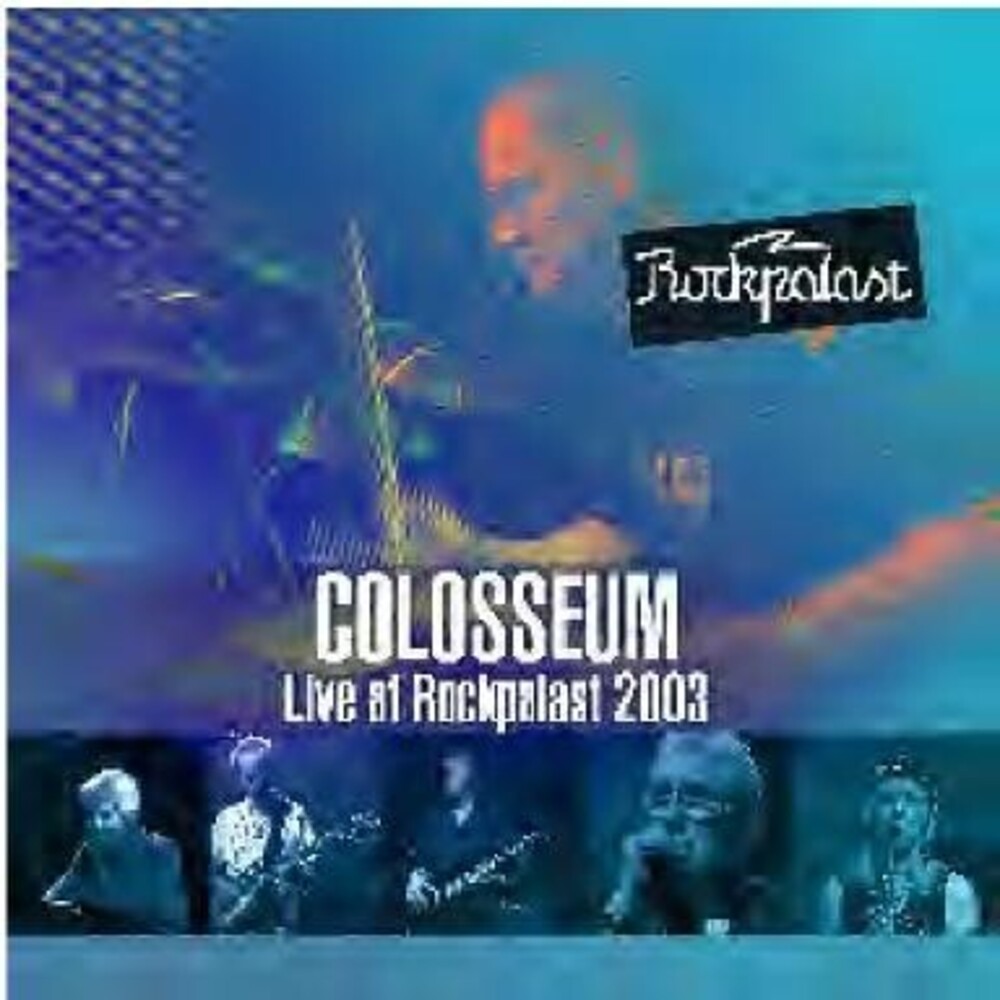 Colosseum's complete 2003 Viersen Jazz Festival performance. A chance to sit back and enjoy the "reunion era" Colosseum live on stage at the 2003 Viersen Jazz Festival in Germany as they perform tracks from Tomorrow's Blues and Bread & Circuses alongside early classics. Broadcast on German TV's Rockpalast in edited form, here is their complete and unabridged Viersen concert on disc and on DVD for the first time! Recorded during founder member Dick Heckstall-Smith's final illness, world renowned saxophonist the late Barbara Thompson (Jubiaba, Paraphernalia) steps in. The result is a powerful performance from Barbara, Clem Clempson (guitar), Dave Greenslade (keyboards), Mark Clarke (bass), Chris Farlowe (vocals) and bandleader Jon Hiseman (drums). Alongside newer material including 'Hard Times Rising' and 'No Pleasin', the ensemble revisit their Prog roots with a captivating rendition of 'The Valentyne Suite' and an epic 'Lost Angeles'. 'In The Heat Of The Night' gives full rein to Farlowe's mastery of the blues as Colosseum reinterpret Ray Charles' original with some note-bending licks from Clem and Barbara's sultry sax underpinning the closing number. The DVD also includes an interview with Jon Hiseman in which he explores the band's musical complexity and continuing popularity in light of their decision to reform in 1994, making this beautifully packaged 2CD/DVD presentation a must for all Colosseum fans. As Hiseman explains: "You have to feed this creature. If you don't feed it, it dies. Also, you can't make it do, what it doesn't want to do. "