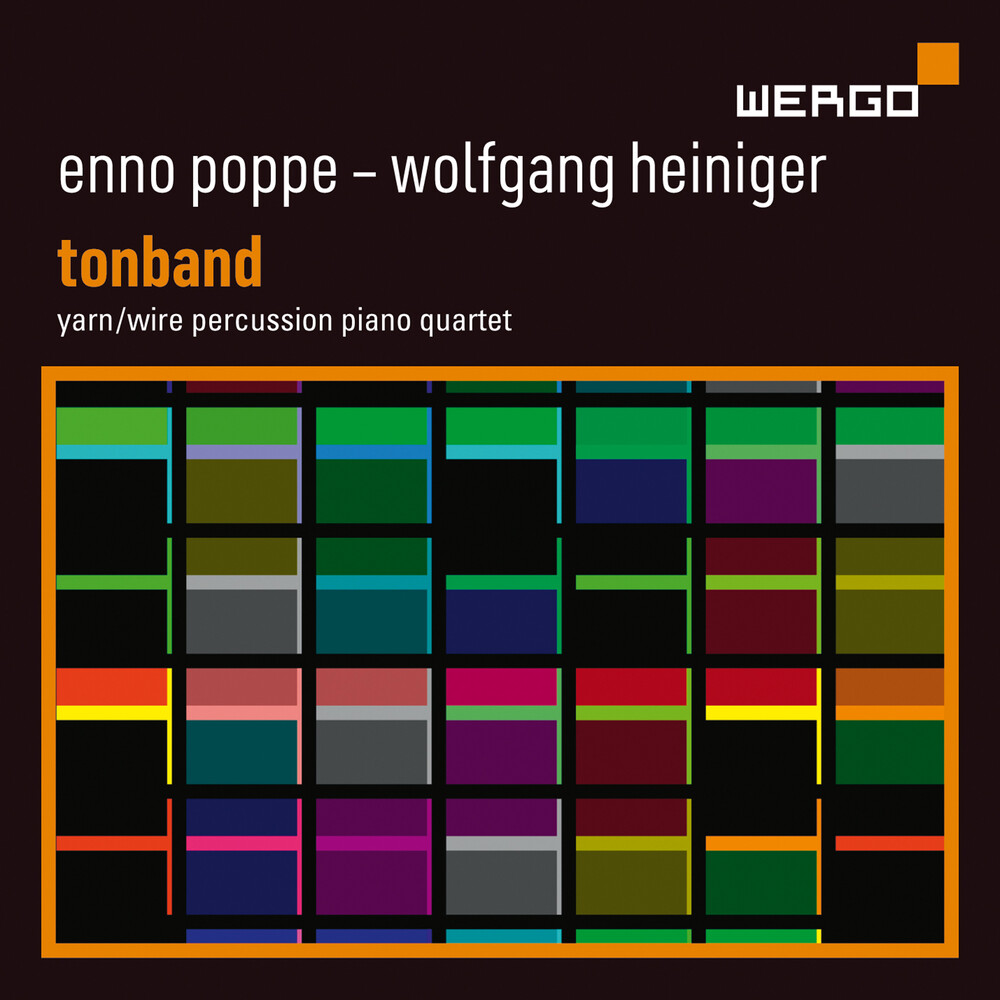 Founded in New York in 2005, the contemporary music quartet Yarn/Wire is made up of two percussionists and two pianists. The group has gained an international reputation for dazzling and innovative programs. This release features outstanding studio-quality first recordings of three works that grew out of Yarn/Wire's long association with the artistic team of Wolfgang Heiniger (percussionist, composer, sound designer) and Enno Poppe (pianist, composer, conductor). Heiniger and Poppe have worked together for more than 20 years and the piece "Tonband" (2008/2012) was a collaborative effort: Poppe composed the first two movements and Heiniger the final three. The work is indebted to Stockhausen's "Kontakte" for piano, percussion, and four-track electronics from 1958-1960 but also contains references to rock music and has an uninhibited approach to melody. The other pieces on this album grew out of the two composers' work on "Tonband". "Feld" is the most explosively rhythmic music Poppe has composed to date - extremely challenging for the performers yet electrifying and highly expressive. While Bartók used the pianos for percussive effects in his Sonata for Two Pianos and Percussion from 1937, Poppe here treats the percussion instruments like "extended pianos." Heiniger's "Neumond" (2018) places historic electric organ sounds in a constantly shifting tonal space, recalling the dark aesthetic of old horror films as well as other pieces on which he collaborated with Enno Poppe such as "Rad", "Arbeit", and "Rundfunk".