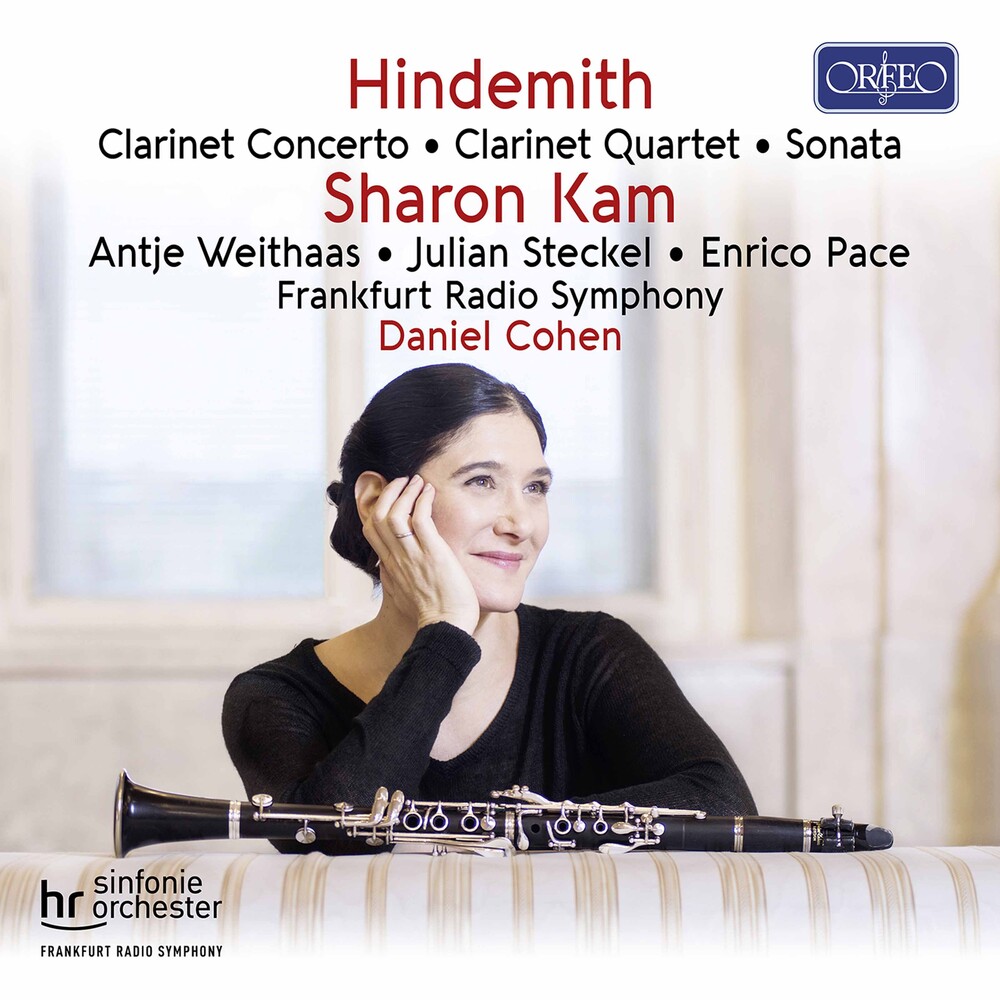 Sharon Kam discovers Hindemith on her third album on Orfeo label. Even if some people still consider him "too modern" today, Hanau-born Hesse Paul Hindemith is undoubtedly one of the most influential German composers of the generation after Richard Strauss. Few of his immediate colleagues have found their way into the international repertoire to the same extent that he has, or influenced subsequent generations through comparably extensive educational work. All three works for clarinet featured on this recording date from years of extensive travel: the Quartet for Clarinet, Violin, Cello, and Piano was written in 1938 around the time of his emigration to Switzerland, the Sonata for Clarinet and Piano in 1939 during the course of the tours of the USA that immediately followed the emigration, and finally, the Concerto for Clarinet and Orchestra in 1947 (written for and premiered by Benny Goodman) when Hindemith left his American exile to visit Europe again for the first time after the Second World War. Sharon Kam has teamed up with her long-standing musical partners Enrico Pace, Antje Weithaas, and Julian Steckel for the chamber music part of the album, and with the Frankfurt Radio Symphony under the musical direction of Daniel Cohen for the clarinet concerto.